The Union Environment Ministry said that the all-India Elephant and Tiger population estimation exercise will be done in convergence for the first time in 2022; Estimation protocol to be adopted, released on World Elephant Day 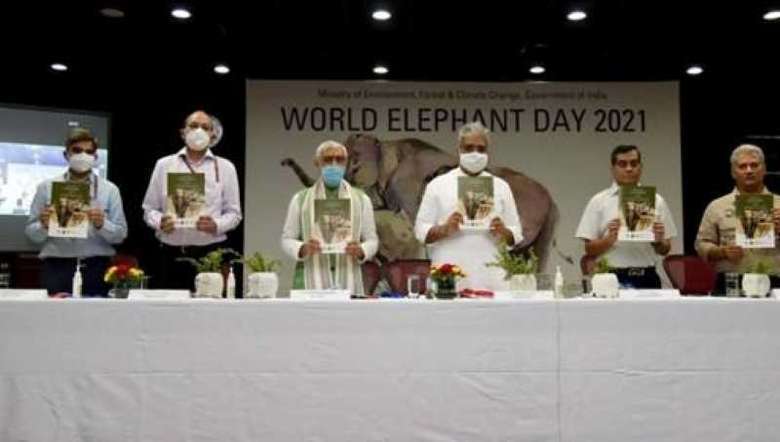 As people across the globe celebrated World Elephant Day on August 12, Union Environment, Forest and Climate Change Ministry pointed out that India today has more than 60 per cent of the Asian elephant population in the world. According to the current population estimates, there are about 50000-60000 Asian elephants in the world.

The World Elephant Day is being celebrated the world over to bring attention of various stakeholders to support various conservation policies to help elephants, including improving enforcement policies to prevent the illegal poaching and trade of ivory, conserving elephant habitats, providing better treatment for captive elephants and reintroducing some captive elephants into sanctuaries.

Elephant being the Natural Heritage Animal of India and India celebrates the World Elephant Day to spread awareness towards conservation of the species.

“There has been a pressing need to improve and harmonize the population estimation methods along more scientific lines in various states across India and expressed happiness that the Ministry for the first time is converging both elephant and tiger population estimation,” Yadav said in a Twitter post.

Also, speaking on the occasion, the Union environment minister stressed on the involvement of local and indigenous people in the Conservation of elephants and said that a bottom up approach is the way forward, which will also help in minimizing Human-Elephant conflict, the ministry stated in a release.

Asian elephants are listed as "Endangered" on the IUCN Red List of threatened species. This has been done as most of the range states except India, have lost their viable elephant populations due to loss of habitats and poaching etc.

The ministry also stated that Indian Elephant has also been listed in the Appendix I of the Convention of the Migratory species in the recently concluded Conference of Parties of CMS 13 at Gandhi Nagar, Gujarat in February 2020.

Minister of State, Ashwinin Kumar Chaubey, while addressing the gathering, stated that “Saving Elephants is saving forests and saving forests leads to saving the entire ecosystems and exhorted all especially the youth to nurture and carry forward the traditional ethos of Indian culture of living in harmony with Nature and wildlife.

The programme also witnessed the release of the fourth edition of the quarterly newsletter “Trumpet” of the Elephant Division of the Ministry by both the dignitaries.

To highlight the various conservation regimes adopted across country by the State Forest Departments as well as institutions and organizations, Project Elephant Division and Elephant Cell released the quarterly newsletter "Trumpet". This edition of the newsletter articulates the need for landscape approach for synchronized elephant population enumeration.

The Ministry also partnered with WII, NMNH, WWF-India and WTI in organising the week-long programme of “Azaadi ka Amrit Mahotsav” as a precursor to the World Elephant Day, 2021.

Stop cutting down trees in name of developmental …