IFP Editorial: What the revivalists do not understand is that Manipuri language is a dynamic language and it has the strength to absorb foreign words into its fold and also adapt to change and modern realities. 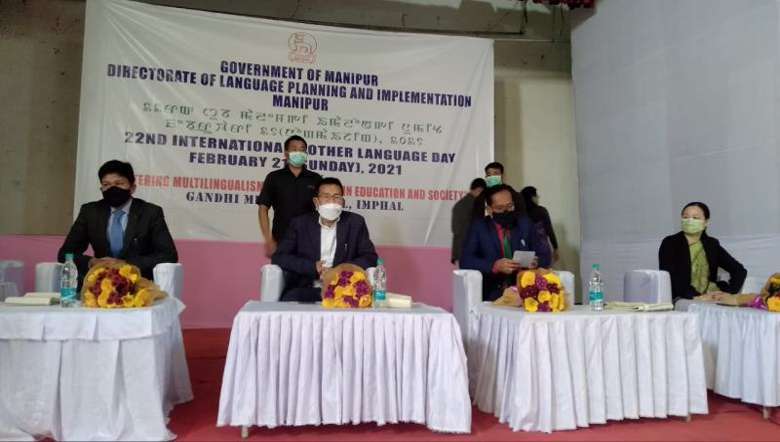 It is said, every two weeks a language disappears taking with it an entire cultural and intellectual heritage. At least 43 per cent of the estimated 6,000 languages spoken in the world are endangered. Only a few hundred languages have genuinely been given a place in education systems and the public domain, and less than a hundred are used in the digital world. International Mother Language Day recognises that languages and multilingualism can advance inclusion, and the Sustainable Development Goals’ focus on leaving no one behind. UNESCO believes education, based on the first language or mother tongue, must begin from the early years as early childhood care and education is the foundation of learning. Languages, with their complex implications for identity, communication, social integration, education and development, are of strategic importance for people and planet. Yet, due to globalisation processes, they are increasingly under threat, or disappearing altogether. When languages fade, so does the world’s rich tapestry of cultural diversity.

Multilingual and multicultural societies exist through their languages which transmit and preserve traditional knowledge and cultures in a sustainable way. International Mother Language Day was also observed this year in Manipur by both the state and some CSOs. However, this year’s theme ‘Fostering multi-lingualism for inclusion in education and society’ seems to have been neglected in the general discourse. The state function was dominated by an assertion from the state Education Minister S Rajen Singh emphasising on promotion of Meitei Mayek while neglecting the issue of dying languages or dialects of lesser tribes today. As per international standards, even Manipuri Language which is included in the 8th Schedule of the Indian Constitution has been listed as one of the dying languages of the world. We must also understand that the number of speakers of a language is very important in consideration of the status of a language. The basic question is how many people speak Manipuri or Meiteilon, which is heralded as the lingua-franca of the state.

A common refrain among the revivalists has been that Manipuri language is corrupted with so many foreign words and terms and a concerted effort of weeding out foreign words or ‘lonyan’ from Manipuri language is gaining momentum in recent times. What the revivalists do not understand is that Manipuri language is a dynamic language and it has the strength to absorb foreign words into its fold and also adapt to change and modern realities. One has to believe in the resilience of the language and its adaptability to modern linguistic changes. It is one of the oldest languages in Southeast Asia, which has its own script and written literature. It was on August 20, 1992 that the Manipuri language was included in the 8th Schedule of the Indian Constitution. After the inclusion of Manipuri Language in the 8th Schedule, a Language Cell was opened in the state Education Directorate which was ultimately upgraded as the Directorate of Language Planning and

Implementation in 2013 and the basic idea was not only promotion of the state language but also of the various tribal languages and dialects.

A case of classical language