The beauty and value of the language should be understood to promote a mother language, DESAM secretary of cultural affairs Surjakanta Oinam said. 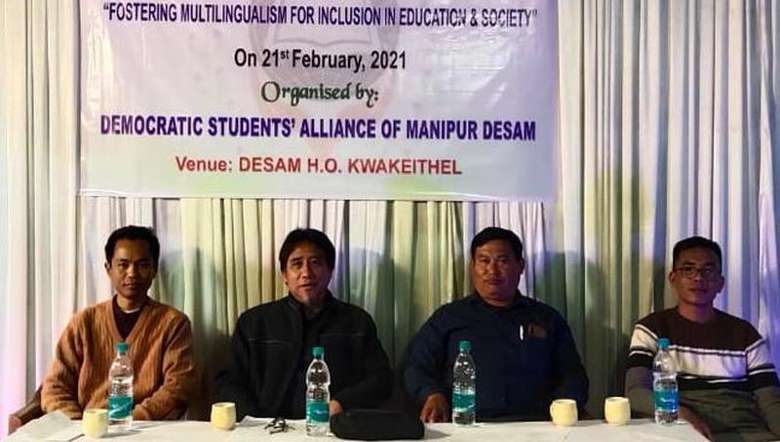 DESAM secretary of cultural affairs Surjakanta Oinam giving keynote address, said that the international Mother Language Day is being observed every year in the world to promote multilingualism.

The National Education Policy 2020 has laid stress on imparting education on mother language till class VIII, he said while adding DESAM will mount pressure so that it is followed and implemented.

He said anything can be easily learnt in the mother language. The Indian government through NEP 2020 has spent a huge amount of money on early childhood care and education, he mentioned.

The initiative taken by the NEP for teaching in mother language is a very good step and DESAM will extend support to convert it into action, he added.

HERICON president Longjam Ratan said that the mother languages of the Indian states have become endangered due to colonialism. Foreign languages were imposed during colonial rules, he said. A mother language should be kept in use and promoted to protect it from becoming endangered, he said.