To mark the day, a multilingual cultural programme was organised for the locals of the town. 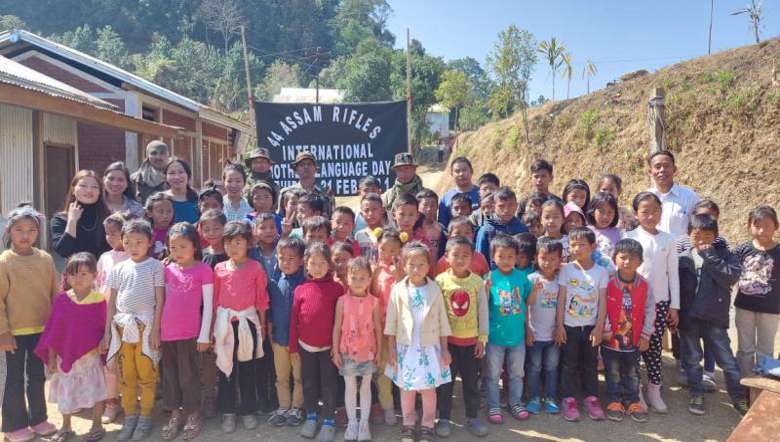 To mark the day, a multilingual cultural programme was organised for the locals of the town. To promote multilingual and multiculture in the security forces, their respect for the local language songs were sung by the unit jawans in different mother tongues. Similar events were organised at various outposts which included poem recitation and essay writing competition in local dialect.

Speaking on the occasion, commandant of 44 Assam Rifles, Col Pradeep Kumar said that the International Mother Language Day is celebrated to promote linguistic and cultural diversity and multilingualism. Through it, the society can advance inclusion and sustainable development goals with a focus on Sabka Saath, Sabka Vikas, he said.

He further said that one should recognise multilingualism. He called upon all parents to scale up their personal involvement and commitment to multilingual education.

“Apart from the two national languages Hindi and English, parents should teach their children their own mother tongue. Every child should be able to read and write in it,” Col Pradeep said.

“While Hindi and English language are necessary to rub shoulders with the rest of the nation, we should at the same time respect, feel proud of and preserve our mother tongue,” he added.