Covid Watch: Method in the madness

As Manipur reels under the strong second wave of the COVID-19 pandemic, hopefully the state government would clear the Japanese aid proposal at the earliest, 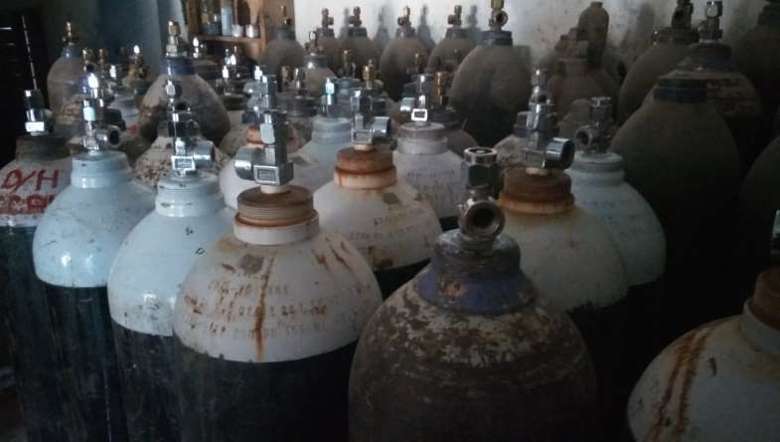 Sitting in my hillside cabin I have been receiving calls from friends as far as Bombay, asking for assistance to secure a Covid bed in one of the hospitals in Imphal. There was a long waiting list in two of the most reputed private hospitals in Imphal and the authorities there were polite. They asked me to send me the patients’ name and details and that they would get back to me as and when a vacancy arises. Also one of the gentlemen was kind enough to advise me to admit the patients to a Covid care Centre as they also have oxygen and medical supervision is also available and by that account it was  a much better option than to be staying in the house unmonitored. This was before the sarkar designated individual medical professionals  to visit home isolation cases.

But one such case was that of a 70-year-old lady whose almost entire family was down with the virus. Although she had not got herself tested but her oxygen count had plummeted down to 60 per cent  and was gasping for breath. I picked up my mobile and dialed Dr U Thant the Covid warrior of fame at JNIMS. He advised me to have her admitted at JNIMS as soon as possible. It was by 7.30 pm that one could commandeer an ambulance and take her to the Casualty Department of JNIMS.

What transpired at JNIMS was simply shocking. The medical officials at the Casualty Department refused her admission on the ground that there was no oxygen in the hospital to cater to her needs. Then thereafter I had instructed the patient party to ask the officials at the JNIMS Casualty Ward to give in writing that admission was being denied because of ”lack of oxygen in the hospital“.

The hospital staff were puzzled for it must have been the first time that they were ask to account for the lack of the all important live-giving oxygen in writing. Then I called up the Director of JNIMS and he responded immediately and asked me the location of the patient in question to which I replied she is inside the ambulance parked outside the Casualty Ward and then he asked me for sometime before she is finally fitted in. An hour later, I got a call from the patient party that the 70-year-old lady has been admitted but they were asked to procure an oxygen regulator which they had to purchase from the ambulance for Rs.2,500. I do not know if all the patients admitted to JNIMS are asked to bring their own regulator but I understand that it is meant to be supplied by the hospital.

The next day, at around 9 pm, I was informed again that the hospital had run out of oxygen. Being unaware as to how to procure the oxygen, I posted in a WhatsApp group called GS Manipur O2 fund drive which is now doing crowd funding for purchase of Oxygen and of which I also happened to be a member, asking for directions as to how to procure an oxygen cylinder as JNIMS is unable to supply oxygen to a patient referred to the hospital by me. Within 10 minutes I received a reply that oxygen was available in JNIMS and I was subsequently informed that oxygen supply has been restored to her. I just sent a cryptic message which read: “Thank you. she has now been provided with oxygen”.

Then the next day, police came to my residence to inquire about me which directed them to my hillside temporary shelter. Then the SP Imphal West called me up to inquire about the lack of oxygen at JNIMS. Apparenty, some gentleman in Delhi had taken a screen shot of my SOS for an Oxygen cylinder for use at JNIMS  and had posted it on Facebook and it had apparently gone viral and the sarkar had asked him to inquire into it. The police then went to JNIMS and met Dr U Thant who informed them about a gap of some 30 minutes before an Oxygen cylinder could reach the ward to feed to the patient. They also inquired from the patient about her present state of affair and she continues till date at JNIMS under oxygen support. But she had to arrange for her Covid test to be done on her through a private party and not by the hospital apparatus.

Then there was another distress call for a Covid bed at RIMS. I recall seeing in the morning papers that day that RIMS had increased the number of Covid beds from 52 to 143. Then I spoke to one of the officials of RIMS who got back to me after a while. I was told that it might be possible to allot any new beds to a Covid patient. Then  I gently reminded him that the day’s morning papers had carried the news that the number of Covid beds was increased by a total of 91 beds. If this was not true then was the news hoax? If true, then if all the beds had been occupied then, then I will be asking for the hourly increase in the occupancy rate. That was when he asked me “to please speak to the Director”. Then I called up the Director and told him about the problem. Then he got back to me and asked me to speak to a Doctor whose number he had attached to my Whaatasp number. Then, after making a call to the concerned doctor the problem was solved.

My question is why the intervention of the Director of JNIMS is required to have Oxygen available in the Casualty Department and save the life of a dying patient. And why was the intervention of the Police required to ensure continued supply to the patient in the Ward. And also the same at RIMS, why does the admission of a patient to the Covid ward have to go all the way up to the level of the Director? It should not be forgotten that we are facing a war-like situation and while the directors are akin to the Generals, it is the Battalion Commanders  who are out in the field. The Generals may give precise instructions but if the field commanders still await for instructions every time they are required to carry out their assigned duties then how can the battle be won leave aside the war. I know what is required is for the field commanders to strictly adhere to a Standard Operating Procedures (SOPs) while dealing with Covid patients. I know that the doctors are working overtime and are badly stretched out but they need to remember an old soldier’s saying “that when the going gets tough, it is the tough that keeps going”

Then about two weeks back I saw a very disturbing piece of news relating to battling the Covid. It was the lead news story of the day of the English daily of Imphal Free Press. And it read “Why is the government silent on UNDP-Japan proposal to help combat Covid-19 in Manipur?” More than 10 days have passed since the news item had appeared but till date there has been no response from the Government of Manipur to the charge. So it must be true to some extent.

I am familiar with this matter as I was involved in the initial stage of writing to the Japanese Embassy. The result was favorable after communications had been re-routed through the Ministry of External Affairs and finally came to our Member of Parliament Lorho S Pfoze to write to the Chief Minister to present the detailed project report to the Japanese Embassy. When it was not forthcoming then I had posted about it on my Facebook page in which I had stated that Constituency level politics should not stand in the way of getting the best of Japanese help and care to combat the Covid menace. This was also followed by a deafening silence.

Why I said about Constituency level politics is because in the recent news report it was mentioned in the last para the recent news report  and the sentence read  “Now many observers are wondering how many times Manipur missed such an opportunity when an NGO from the State, the Apunba Imagi Machashing (AIMS) had long approached the Embassy of Japan in New Delhi on March 23, 2020.” It was this group, the AIMS that had made the initial move. The only trouble seems to be the AIMS in itself. It is for the simple reason that the AIMS is the brainchild of N Ratan aka Kapu the man who stood against N Biren Singh twice in the Heignang Assembly Constituency during the last two general elections and lost. Perhaps in the minds of the Chief Minister okaying the Japanese proposal would enhance his political position in Heignang.

Now, here, I would like to appeal to the finer senses of the Manipur chief minister to realize that we are facing a war-like situation and any help from any quarter should be welcomed to meet the crisis. As the saying goes “any port in a storm”. And what N Biren Singh should realize is that he is the chief minister of the state and should exhibit magnanimity in his approach and follow the path of “forgive and forget”. If he succeeds in doing so he will be remembered not just as any chief minister of Manipur but rather as a Statesman along the likes of Moirang Koireng and Oja Rishang.

The ball is in the CM’s Court now and hopefully the Japanese proposal will be cleared at the earliest, for the Covid crisis does not seem to be waning away and we have to be prepared for a long night of waiting.

Will opening of CHIC help in combating Covid-19 in Manipur?