While the High Court directive can be said to be the good news, the bad news and reality check is that the increasing number of positive cases detected and Covid related deaths is an omnimous sign of the accelerating problem at hand. 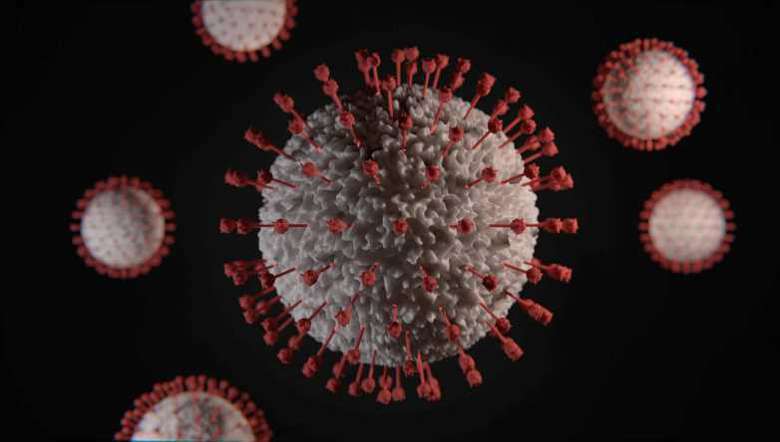 The Manipur High Court is not exactly known for judicial activism in the sense that it seldoms takes up cases “suo-motu”(on its own) on issues pertaining or affecting the society at large. But it was a welcome step when it  directed the state to report to it the steps it has taken up so far on the question of  ICU beds and availability of oxygen etc. It had issued this directive upon receipt of a writ petition from a citizen. It further directed the state to facilitate free movement to attendants of Covid patients already hospitalized to provide them with nutritional needs on their own as the major hospitals namely JNIMS and RIMS are not in a position to do the same as was mentioned in the petition.

While the High Court directive can be said to be the good news, the bad news and reality check is that the number of positive cases detected and 20 Covid related deaths is an omnimous sign of the accelerating problem at hand. That 592 people tested positive even after a lockdown coupled with curfew had been clamped indicates that there is a big leakage somewhere and there could be more hidden cases elsewhere. Why  hasn’t the Sarkar thought about mandatory tests for all te citizens Leikai or Ward wise. It would be like catching the bull by the horn but it must be done pronto. Then the population could be divided into Positive and Negative segments. Those who have been tested positive could be quarantined in the many Covid centers which we see one or the other minister inspecting almost on a daily basis and made to be treated and those who have been tested negative should be allowed to move about unfettered and their certificates checked on the streets by the thousands of the policemen at the sarkar’s command.

Almost every time the country goes to a major war the government invokes a concept called Emergency Commissioned Officers to command the forces in the field. They are dispensed with after the emergency is over or made to continue after a series of tests and examinations. Likewise the State is facing a war like situation.I am not competent to talk about it on the national scale that is best left to major international media houses like the BBC,The London Times,the Washington Post and the New York Times,so I am concentrating in my small orbit called Manipur.Assuming that all policemen,Manipur Rifles and IRB Personnel would have got the Covidshield vaccination by now segments of them could be earmarked and given crash courses in medicare made to don PPEs and assigned them to assist the doctors on duty in the Covid wards or isolated treatment centres and they having been trained as a disciplined force would be an added asset.

This also brings to mind that the Government is mulling over the thought of all students including last year MBBSl Students on Covid duty.It should not be forgotten that they are primararily students in the first case and PG students have been handling patients who have been tested  Covid positive in their respective wards.But that does not mean that the Government can by an executive ordertransfer them to Covid Care centres it has no right sans a new legislation or an Ordinance.And if it is an executive order it must be accompanied by an incentive in the form of extra remuneration to the stipend which they are receiving at the moment plus their service should be counted whilst giving their fial degrees.

Also it will do well for the Sarkar to recruit all available Doctors and Nurses available in Manipur along the lines of Emergency Commissioed Officers menationed earlier with a clear cut MOU with the individuals that it does not gurantee a full term employment with the State along the lines of Juniour residents in big hospitals.Also it should borne in mind that a country does not need extra weaponaries if it does not have the soldiers to fire them.Henceof what use would be the Covid Centres that has cropped up if does not have adequate trained manpower to man them.

Also the news that six doctors are yet to report for duty in Ukhrul for over a month after they were posted there is a grae news. Although the doctors in the lure of cushy postings and commercial interests might have forgotten the fact thay had already taken the Oath of Hippocrates should not forget that they are public servants in the first case fed on salaries drawn from public taxes. Upon issuance of transfer order it should also be mentioned that failure to report 48 hours of receiving the transfer order would be liable to be suspended from service without a show-cause notice be served upon them.

State of the Economy

The Manipur economy at best could be described to be in a state of Stagflation one in which there is stagnation in growth and inflation at the same time.The fact that the Banks although exempted from closure nothing was mentioned about the movement of it’s staff members to their respective banks in the midst of the curfew imposed. And consequently almost all the ATMs have also ran dry.The talk about commissioning MOMA to deliver vegetables to consumers would hardly make sense to consumers who have no cash at hand to make the purchases.The entire population has negligible disposable income at handThe growth of the economy is also dependent on the number of times a currency unit changes hand every day which is called the velocity of money.

And as stated by economist Dr.Chinglen Meisnam  that the State should provide food free of cost to those living below the poverty line and at subsidized rate to those above it as is being done a few Indian States including Kerala.It should be noted here about the methodology as to how the Chinese brought Covid under control in Wuhan and elsewhere where the population was kept confined and members of the Chinese People’s Liberation Army distributed cooked food to each every household till the scrouge was brought under control.

As of now there are no visible signs of the making any effort to begin distribution of rice and other edibles to the general population, It is high time for Shri N.Biren Singh  the Right Hon’ble Chief Minister of Manipur to start taking opinions of experts not only on medical lines but that also of socials scientists and financial experts as well beyond his cohort of advisors. For one day the entire population might just come come out on the streets stating that it would be better for us to die quickly of Covid than to have a slow lingering death due to starvation.

(the views expressed are the writer's own)