The vegetables and watermelons were distributed to the police personnel of Imphal East and Imphal West districts and medical staff of JNIMS and RIMS on Thursday. 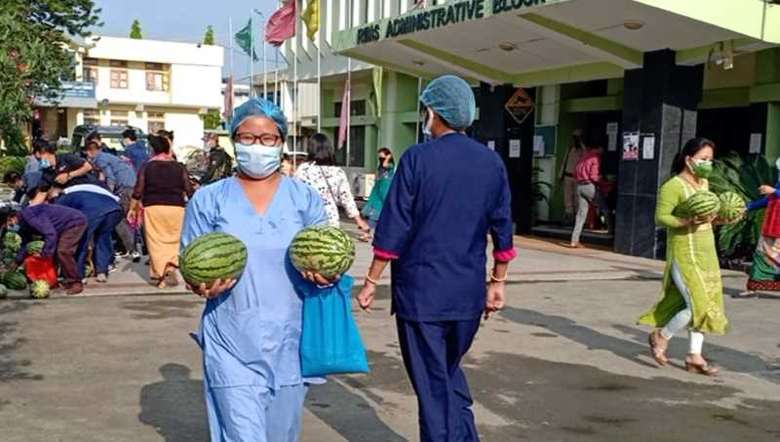 Under the instruction of Chief Minister N Biren, Manipur Organic Mission Agency (MOMA) distributed watermelon and other vegetables to frontline warriors by purchasing the items from farmers who are financially hit by COVID-19 second wave.

The items were purchased from various farmers who had been facing problems in selling their vegetable produce due to the pandemic. The vegetables and watermelons were distributed to the police personnel of Imphal East and Imphal West districts and medical staff of JNIMS and RIMS on Thursday. 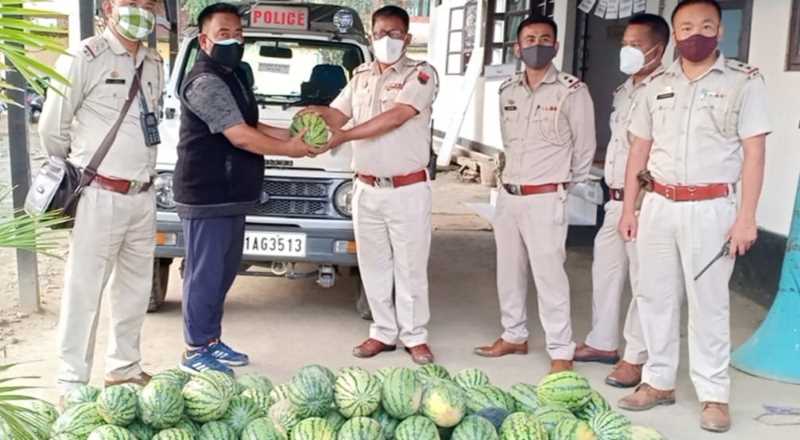 MOMA under the department of Horticulture and Soil Conservation took the initiative to give benefit to farmers and to motivate the frontline warriors during the critical situation of COVID-19.

Director of JNIMS, Dr Th Bhimo appreciated the initiative taken by MOMA as it will motivate the doctors, nurses and other medical staff who are working day and night during the pandemic.

Superintendent of police, K Meghachandra appreciated MOMA for giving home delivery facilities of fresh vegetables to the public at the time of restriction imposed by the government to avoid spread of COVID-19.

Meanwhile in Thoubal, the Anouba Mangal Youth Club (AMYC), Thoubal Mayai Leirak distributed food packets to 112 households in the area encompassed by the club on Thursday to help those who are suffering from the pandemic. 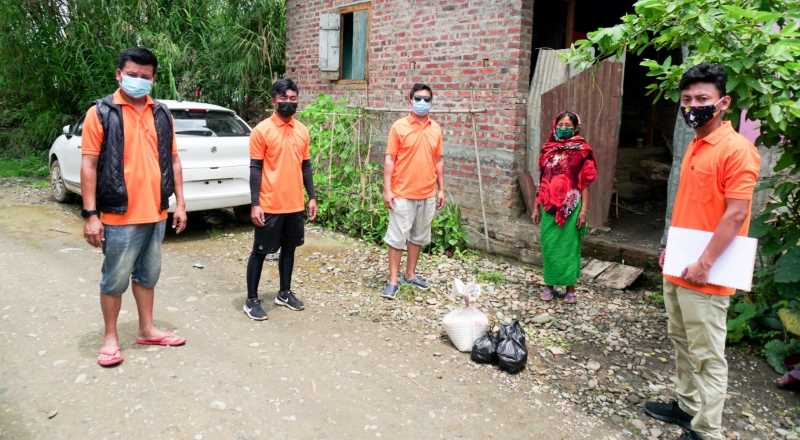 The AMYC utilised its own available funds for the aid initiative, and the club members personally went to distribute the food packets which included two kilograms of potatoes and salt amongst others for a single household. An additional 10 kg of rice each were also presented to four households in more difficult conditions.

'State has no accountability on utilisation of oxygen supplies'