IFP IMPACT: The department took swift action in serving the show cause notice to the seven stone crushing units after less than a week of a news report on the issue published by the Imphal Free Press. 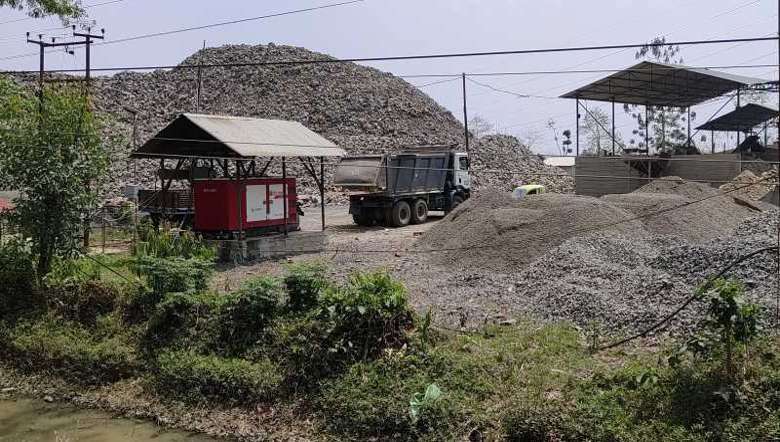 Manipur’s Directorate of Trade, Commerce and Industries has served a show cause notice to seven illegal stone crushing units situated along the road stretch between Moidangpok to New Keithelmanbi areas in Imphal West.

The department took swift action in serving the show cause notice to the seven stone crushing units after less than a week of a news report on the issue published by the Imphal Free Press.

The Imphal Free Pressalso followed it up with its Editorial ‘Book the Stone Crushers’. It was published on April 16.

The Imphal Free Press Editorial published on April 16 had mentioned that since the stone crushing units have been found to be flouting all norms and violating the conditions as laid down in the Location of Factories Rule, 2013 under the Factories Act 1948, the names of the owners of the said units should be made public as well as extending exemplary punishment to them.

It has come to the knowledge of the chief inspector of the factories and boilers, Manipur that the stone crushing units have been set up illegally along Moidangpok to New Keithelmanbi area, Imphal West, it stated.

The seven factories along the road stretch between Moidangpok to New Keithelmanbi were found to be running without valid factory licence which is mandatory as per section 85 of the Factories Act, 1948, the Directorate of Trade, Commerce and Industries stated in its notice.

During an inspection undertaken by the directorate on April 12, 2021, it was observed that the above mentioned seven stone crushing units were found operating in the absence of the mentioned licence, it further stated.

“Therefore, this office deems fit to proceed legal proceedings against the mentioned seven persons for imposition of penalty as elaborated in section 92 of the Factories Act,” it stated.

The directorate further directed the seven persons to submit any rejoinder in this regard within 15 days from the issuance of the show cause notice, failing which legal proceedings will be initiated ex-parte.

Other media agencies in the state also published reports on the issue after the residents in the surrounding areas approached mediapersons to highlight their unbearable plight due to the air and noise pollution caused by the activities of the several illegally set up stone crushing units.

Most of the stone crushing units in the state are set up in paddy land, by the roadside and some within 300 m of highways and residential areas in violation of the Location of Factories Rule, 2013, implemented by the Manipur government.