Most of the staff are senior citizens who are unable to carry out the maintenance works, deputy manager, MSPDCL told the 'Imphal Free Press'. 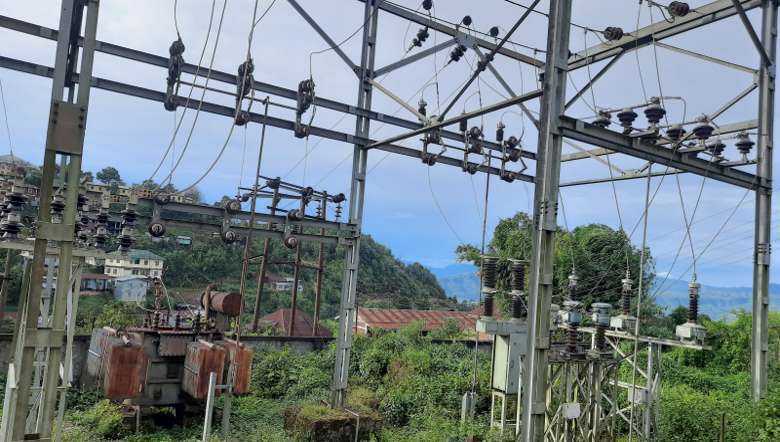 Tamenglong district in Manipur has long been suffering from erratic power supply. The power cut would last for two-three days or even month long. The poor power supply condition has caused untold inconveniences and serious difficult situations for the public till today. The public often blame the department concerned, the electricity department, for the frequent power outages. The electricity department, however, feels the public needs to be aware of the difficult and risky situation they brave to provide power supply to them.

"Electricity is one of the most essential necessities of our day-to-day life. But the electricity department in Tamenglong is the most ignored department," R Kathanguang, deputy manager of Manipur State Power Distribution Company Ltd (MSPDCL) in Tamenglong, says, sharing the challenges they face to the Imphal Free Press.

People in the district remember the electricity department only when there is a power outage, Kathanguang says.

"The general public have the least awareness about the functioning of the electricity department. They remember the department only when there is no power supply," Kathanguang says, adding that much could have been done had the public been more alert and shown cooperation towards the department.

Kathanguang told IFP that the department is facing crippling staff shortages and an inadequate maintenance budget.

"The electricity department is operating with less than 20 staff. At present, there are 16 staff, including two chowkidars and nine linemen," the deputy manager said adding that there should be more than 80 staff in the deaprtment of a district.

Most of the staff are senior citizens who are unable to carry out the maintenance works, the deputy manager said.

"We have been demanding for more manpower. A recruitment or written test was conducted but it has been put on hold due to the COVID-19 pandemic, and since then there is no update," he said.

The staff also have to bear several unseen expenses as no fund is allocated for repair or maintenance works.

"No fund is allocated for repair or maintenance works. We bear these expenditures from our pockets for the sake of the public, even when our salaries are not paid for months. The existing poles and wires are age-old, all worn out and need to be replaced. However, we are unable to do so," the deputy manager lamented.

To carry out the maintenance work at different places, the department has only one vehicle which makes it difficult to reach certain far off places.

"Also, the department has only one vehicle which is used for the maintenance works. Tamenglong being a hilly district, with just one vehicle, it is very difficult to meet the challenges. For instance, if errors occur simultaneously in Tamenglong and Tousem area, we can't possibly reach the areas in time. If the staff have taken the vehicle to the Tousem area for the repair works, it can take two to three days to return to Tamenglong. Hence, we are unable to cater to the needs of the people with just one vehicle," the deputy manager pointed out.

The lack of several requirements has resulted in persistent blackout in the district.

"The reality of years of lack of manpower, infrastructure maintenance and failure to replace ageing infrastructure have accumulated into rolling and persistent blackouts in the district,” Kathanguang added.

Unlike other jobs, substitution is out of the question in the electricity department. However, due to the staff shortages, the department sometimes takes the help of non-regular staff for repair and maintenance works, Kathanguang said.

"Due to the limited staff, the department cannot solve all maintenance problems... We have no other option than to take the risk of taking help from non-regular staff. There is provision for regular staff in case of any eventuality whereas it is not so in the case of substitutes," he added.

"There is no proper revenue generation. Prepaid connections generate better revenue. The demand for prepaid connection is increasing, however, we are unable to provide to all consumers as we cannot procure the prepaid meter in time," Kathanguang said.

While postpaid users may consume power amounting to Rs 1,000 in a month, they pay Rs 200 per month on an average. But since there is no metre to trace their power consumption record, their bills are collected in lump sum, resulting in revenue loss. It is said that there is about Rs 10 crore revenue loss per month in Manipur, the deputy manager said.

Highlighting the reasons for the revenue loss, Kathanguang said that the Manipur State Power Company Ltd. (MSPCL) has their metre box installed in the control room (in Tamenglong) where the power consumption of the district is recorded, according to which the electric bill of the district is billed to MSPDCL. 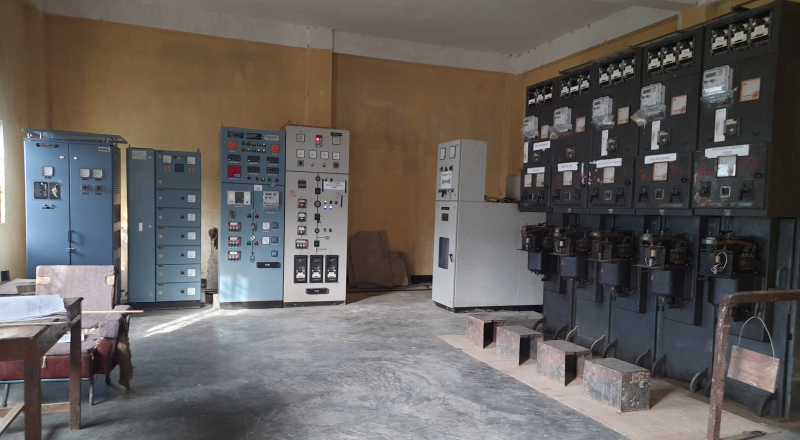 "MSPCL billed the recorded units of power consumed by Tamenglong consumers to MSPDCL. But since, MSPDCL bills only about 40-50 per cent as we cannot trace the power consumption of the postpaid consumers and hence the revenue loss" Kathanguang while stressing on the need to use power judiciously and to switch to power saving bulbs.

Another reason for revenue loss, as told by the deputy manager, is consumers consuming electricity without the knowledge of the department.

Asked what measures the department has taken to curb this menace, the deputy manager said that the department conducts checking exercises from time to time but highlighted that staff shortage hinders the exercise.

"Several actions are taken against consumers without deposit, if found. Either they are persuaded to go for the connection with deposit or the power supply is disconnected. In 2020, check on the consumers without deposit was almost nil due to the COVID-19 pandemic... During the checking exercise, we try to create awareness among the public about the use of electricity judiciously, to switch off lights and appliances when not in use, and to use power saving bulbs," the deputy manager said.

The deputy manager told IFP that electric bills are not paid properly in the district.

"Government offices in the district, except the office of the Deputy Commissioner, do not pay their electric bills. This non-payment of bills coupled with non-judicious postpaid consumers result in the revenue loss," he said.

Lack of awareness among the public is another challenge for the department.

"Public misunderstanding regarding maintenance and power supply has to be cleared. One thing the public should be clear about is that, the electric department here is responsible only for the maintenance of the power connectivity provided by MSPCL. MSPDCL is a maintenance department whereas MSPCL supplies power to Tamenglong, the deputy manager said.

"There are around 4,000 consumers, including postpaid and prepaid, yet there is no public pressure on the government even though the district has been facing power cuts and blackouts for years," Kathanguang added.

It is hoped that the public is made aware and the authority concerned take up strong steps to address the serious issue that is making life difficult and for real development to take place.

How firewood is helping to reconnect amid the fight against Coronavirus in Tamenglong?