With no functional court, people in Tamenglong are forced to go to Imphal for legal purposes 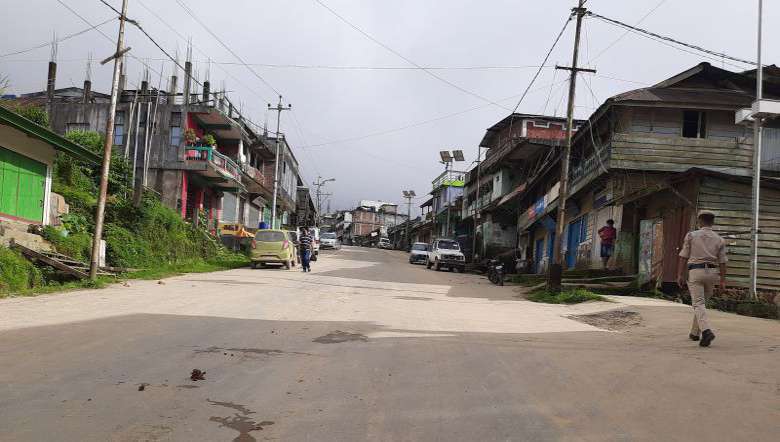 Tamenglong district in the North-eastern state of Manipur fits the bill of being the most backward district in the state as often described by many. From lack of proper healthcare facilities to all-weather roads, the district is lagging behind in every aspect, including the absence of a functional court. With no court in the district, people living in this hilly district have no option but to travel to Imphal, the capital city, which is 147 km away from the district headquarter, for all legal purposes.

Speaking exclusively to the Imphal Free Press, several legal experts highlighted the plight of the people of the hill district who are deprived of a district court. The experts say that the “government is violating the rights of Tamenglong people by depriving them a court.

“People of Tamenglong have been facing innumerable difficulties due to the lack of a functional court. All legal cases - big and small - have to be taken to Imphal. These poor people are being looted of their hard-earned money and time, travelling to Imphal for petty legal purposes,” Julius Riamei, an advocate in the Manipur High Court said.

“The poor people are being left at the mercy of their own fate. Even after reaching Imphal to attend to their court case at Imphal, their cases are being adjourned, most of the time, because of the number of pending cases. This compels them to stay for extra days in hotels... sometimes they are stuck owing to unprecedented bandhs and blockades. Their woes (legal) can be solved if only there is a court at the district headquarter,” he said.

“The district administration has allocated space for a temporary CJM office at the Disaster management building at the deputy commissioner’s office premises. However, to ease the hardship faced by the general public attending court cases in Imphal, a full-fledged CJM and the civil judge is of utmost necessity,” the deputy commissioner said.

The construction of the district court at Khoupilong, Ward  No. V, Tamenglong that was started on May 1, 2016 with the stipulated date for completion of the project as April 1, 2018 under the Planning and Development Authority (PDA), is far behind completion.

When the Imphal Free Press inspected the ongoing construction site, only a few labourers were found working and one rusted stone mixing machine was lying unused.

“The mixer has been left unused for months. We are not sure if it can still be used,” a labour, who did not wish to be named said. He told the IFP that the construction works have ceased gradually due to the lack of raw materials.

It may be pointed out that the tribal communities in the hill district of Tamenglong are bound by traditional and customary laws and social norms till to this day. To resolve any matter of dispute or conflict among themselves, the people approach the Peis,the governing units of customary laws, which has the final say and performs the judicial act to deliver its judgement and resolve any form of disputes. However, with the changing times and increase in population, there is also the rise in disputes and criminal cases which were not prevalent in the days of the old. Owing to which, people have to take legal matters to court.

“In our society, customary laws settle most cases or disputes. However lately, our people have started approaching modern courts to resolve disputes. In this process natives from a remote district like Tamenglong are facing several challenges approaching such a court, which is located in Imphal,” Alana Golmei, lawyer, general secretary, Northeast Support Centre and Helpline, said.

“It is also a constitutional right of the people to approach a modern court. Being bound by the law of the country, it will be appropriate to have a judicial system, which is in sync with the law,” Alana pointed out.

The lack of court in the district is a violation of human rights of the people living in the district, an indigenous rights activist Atina Pamei in Norway told IFP over the phone.

“The government is violating the rights of the people by depriving a court in the district. This denial of rights needs to be addressed immediately or empower the traditional courts. They are autonomous social institutions to settle or resolve any disputes. Also, the government should ensure that the ongoing construction works of the district court are completed at the earliest possible time,” Pamei, who hails from Tamenglong, added.

However, as the peis continue to exist as a parallel legal body among the communities of the region, perhaps, there is a need to amend and strengthen it in tune with the changing scenario. Observing the need for change, Pamei said that the government has failed to recognise and empower the village peis (customary courts).

“The village peis are the custodians of society. Customary laws are the social norms to govern ourselves. Yet, the government failed to recognise and empower these traditional law governing units (peis) even when there is no functional court (legal) in the district for years,” Pamei added.

The lack of a functional court is also causing brain drain as most young lawyers are practising outside the district and state, said Julius Riamei.

Lawyer AG Chingkhiugong hailing from the district lamented that he is rendered unemployed due to the lack of a court though he holds an LLB degree.

“I had completed my LLB from Shillong in 2010. But due to some unavoidable circumstances in the family, I had to return home. If only Tamenglong had a functional court, I could have been working here while I stay with my family. From time to time I take part in some Lok Adalats and legal awareness campaigns. But that doesn’t suffice. Even if people approach me for their legal cases, I have to go to Imphal to help them,” he told the Imphal Free Pressin an interaction.

Chingkhiuguang further said that the pending cases could have been avoided and reiterated the need for a  full-fledged chief judicial magistrate court in the district.