Located near lush green foothills, about 8 km from the capital city Imphal and close to the Nongmaiching hill range in Imphal East district, Yaralpat lake was once popular for its surrounding vegetation of Kombirei flower or Iris. 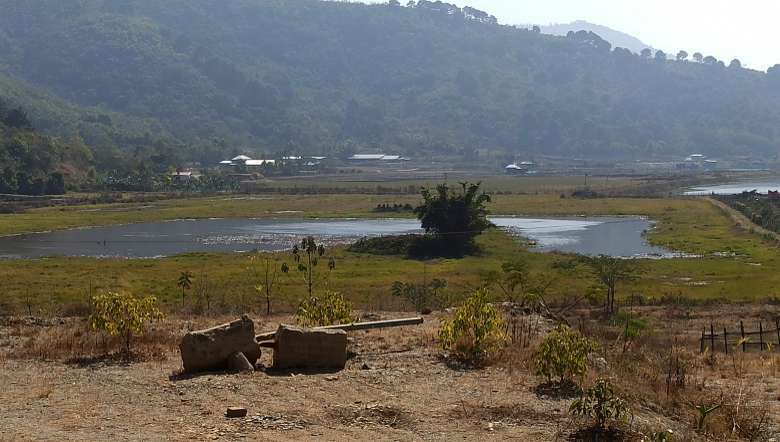 Yaralpat, the lake that once was found only in history books and folk songs since the 1960s, has now been restored and forms a part of the existing wetlands habitat of Manipur’s natural environment, thanks to a group of farmers.

Located near lush green foothills, about 8 km from the capital city Imphal and close to the Nongmaiching hill range in Imphal East district, Yaralpat lake was once popular for its surrounding vegetation of Kombirei flower or Iris, a purple-coloured lily, which scientific name is Angiosperm (Monocotyledon) of the Iridaceae family.

Over the years, the lake along with kombirei disappeared, perhaps, owing to climate change or due to the natural cycle. The lake and the swampy areas around it started drying up and people turned it into paddy land.

“Yaralpat, famous for Kombirei flower, vanished from the area for several decades. Since the 1960s, the lake was turned into a paddy field in the harvesting season, though due to flooding in the rainy season no crops were produced,” Takhelmayum Janaki Singh, secretary of Yaralpat Integrated Farming Cooperative Society, said, speaking exclusively to the Imphal Free Press.

The name Yaralpat and Kombirei will be heard only in history books and folk songs, he said. 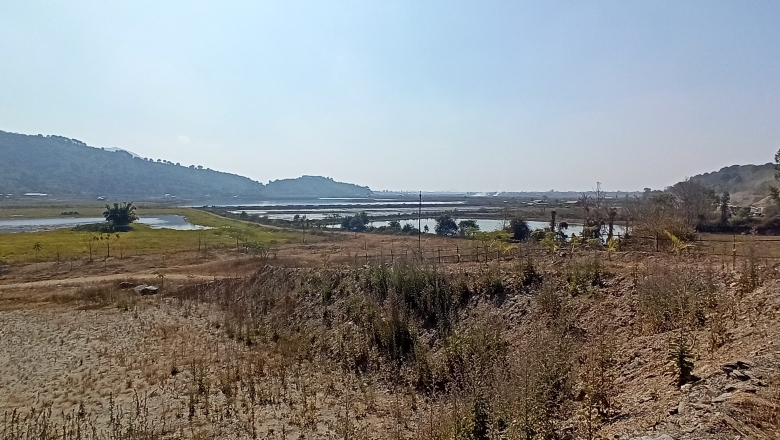 Janaki told IFP that those people who gradually took possession of portions of the lake area experimented with agriculture for years since the 1960s but the cultivation was never productive.

Nevertheless, some continued working the fields, while others sold them off to buyers who were willing to wait for the area to become developed. Most of the erstwhile lake areas remained dried and unused, making up for the over 70 hectares of land lying barren.

As the land yielded no crops, people who took ownership of the dried-up lake area decided to revive the lake.

In 2010, 11 farmers came together and resolved to restore the wetland and rejuvenate the biodiversity of Yaralpat. They named the group, ‘Kombirei Environmental Development Organization (KEDO)’. They contributed Rs 50,000 each and began reclaiming the lake by digging 11 hectares jointly owned by them.

Although the project area was dry land, the moist lake soil made for difficult digging. Even heavy-duty earthmovers could not be used because of the moist soil, KEDO said.

After three years of digging during the dry seasons, KEDO’s efforts are at long last bearing fruits. Around 11 hectares have become a perennial water body where pisciculture is thriving. Because of the revived water body, migratory birds and other local species are now making it their destination, gradually bringing back the semblance of the erstwhile Yaralpat.

Besides such teamwork, 82 members of Yaralpat Integrated Farming Cooperative Society was formed and took up the initiative of creating the water body in collaboration with the Directorate of environment and climate change, government of Manipur to revive Yaralpat which was on the verge of extinction by environmental changes and human activities, Janaki said. 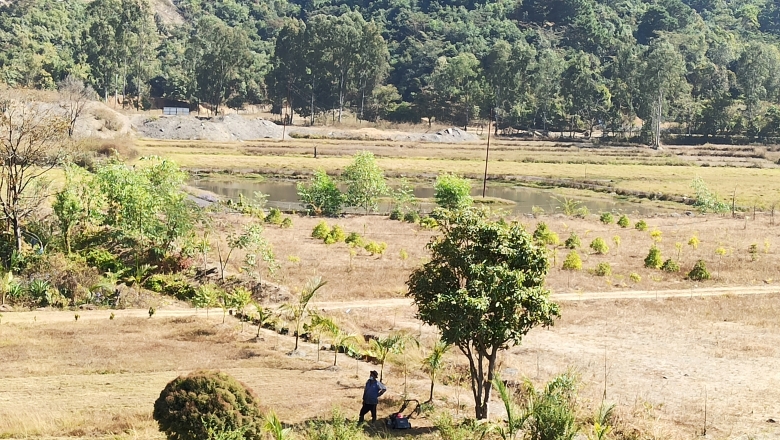 In Manipur, several small wetlands are on the verge of extinction as they are often considered as wasteland and the swampy areas are filled up with soil and converted for other purposes.

Apart from Yaralpat, some of the lakes that have vanished are Hicham Yaicham pat, Keishampat, Porompat, Takyelpat and Sangaipat. Among the lakes, Yaralpat was recorded as the highest degraded lake, according to a survey report by the Remote Sensing Application Centre.

Now, with plenty of water in the lake, fish farming is being carried out and the society has earned some money out of rearing fishes, said Janaki.

Even the migratory birds are spotted in the lake area, but due to sounds from construction work going on in the hill range of Nongmaiching, the birds are not able to stay longer, Janaki said.

Pat means lakes in the local Munipuri language. Thousands of lives depend on lakes. It plays an important role in providing potable drinking water, recharging groundwater, flood control, carbon sequestration, supporting vegetative and biological diversity structure. Apart from the ecosystem services, flora and fauna diversity, local and other migratory birds coming from other parts of the world.

Akoijam Seityajit, chairperson of Manipur Initiative of Conservation of Nature, told the Imphal Free Press that Yaralpat is not included in the 1972 revenue census report due to extinction and turns into paddy land. However, landowners of the land had decided to revive the land into its original form, as the paddy field was always flooded. After starting the rejuvenation work, in a decade’s time, the Yaralpat started turning into a water body.

Seityajit said the directorate of environment and climate change supports the efforts of making lakes. Now, 1000 above birds, including migratory birds, have started coming to the lakes. The effort is continuing to revive the growth of the vanished Kombirei flower in the lake.

This IFP reporter also spoke to RK Birjit, coordinator of Indian Bird Conservation Network, who said the migratory birds have started coming though the numbers are less. Last year, a few migratory birds came to the lake. The two migratory birds are called Thoidingnam and Surit commonly named as common tilt.

While checking the lakes for the bird footprint, only three footprints were found. Most of the birds starting habitats are local residence birds. Migratory birds may not stay long or may not come again due to sounds and noise of heavy vehicles, construction work that is going on near the lakes, Birjit said.

Deputy director of directorate of environment and climate change, Th Brajakumar also told IFP that the lake was pushed to the verge of extinction by environmental changes and human activities. Since around five years ago, the directorate and Yaralpat Integrated Farming Cooperative Society have been working to restore the lake. After a water body covering two square kilometres has been constructed, the lake has been somehow rejuvenated. The society has started rearing fishes and earning money, he said.

“Yaralpat existed as a lake only for namesake for many years. It was revived in view of its historical and ecological significance,” said Brajakumar. Further the directorate and the society is working to cultivate Kombirei over an area of one acre within Yaralpat in collaboration with ICAR using tissue culture method, he added. 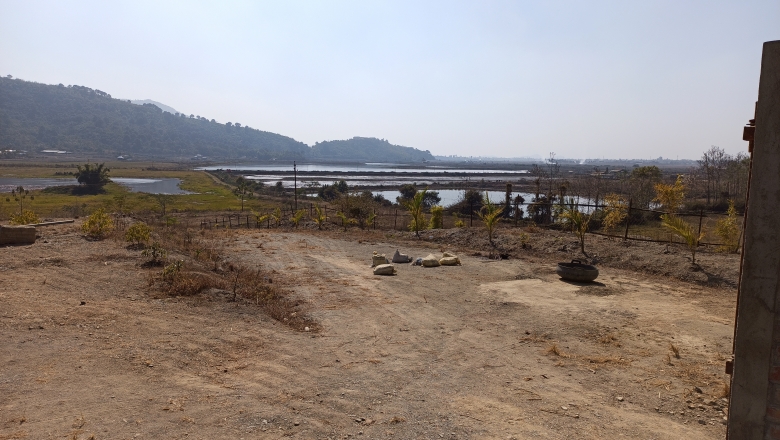 Besides the environmental development of the Yaralpat area, there is a plan to establish a wetland institution at Yaralpat to study, preserve and protect the wetlands ecosystem, said Brajakumar.

“It is all due to the efforts made by the community. Without their efforts and initiative taken up for reviving the lakes, a big success will not happen,” the deputy director said.

According to the recent survey conducted by the Remote Sensing Application Centre, the government of Manipur, there are 17 lakes and two ox-bow lakes in the state. The largest number of lakes are in Imphal and Thoubal districts. However, there are also a number of smaller lakes which are termed as kom (pits). About 134 waterlogged marshy and swampy wetlands are in different districts. Highest numbers of waterlogged areas are recorded in Imphal Valley (69), followed by Thoubal (40) and Bishnupur district (21). Highest degraded lakes in the state are Kharungpat, Khoidumpat, Pumlen, Lokoipat, Sanapat, Yaralpat and Poiroupat.

The report also stated that the lakes in the state are comparatively old with their own distinct characteristic life-span, topographic, physiographic as well as hydrologic features. These features have been closely related to evolving geophysical features of the state.

The importance of wetlands or lakes in the state is less known to people and for development purposes many wetlands, especially in the Imphal area have been filled up. Some areas in Imphal valley like Hicham Yaichampat, Keishampat, Porompat, Takyelpat and Sangaipat were once lakes in olden days but they have been gradually filled up and eventually become lands.

According to reports, there were about 500 lakes in the valley of the state at the beginning of the 20th century. They have been reduced fast in the past few years and as a result, hardly 55 lakes were found existing in the state by 1950s.

The Manipur government recently set up the Manipur State Wetlands Authority (MSWA) vide a gazette notification on January 31, 2018, with the priority for saving and conservation of existing wetlands in the state. It was in pursuance of a notification issued by the Ministry of Environment, Forest and Climate Change, government of India as per guidelines of the wetlands (conservation and management) rules, 2017.  The Directorate of Environment and Climate Change and Manipur state wetlands authority explored a wetland at Tengnoupal district’s Chingkhan Yoner village and Khoibu village area on February 23, 2020. Of 39 wetlands, seven wetlands namely-Ikop pat, Kachouphung pat, Zaimeng pat, Yaralpat, Pumlen pat, Waithou pat and Uttra pat were recently approved for conservation by state wetland authority.