Lack of awareness in the society is cited as one of the main reasons for the degeneration of the state's biodiversity. 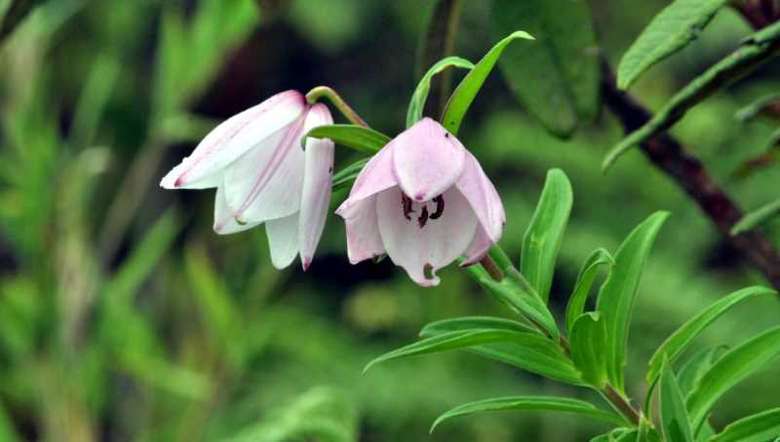 Manipur's biodiversity, which falls under the eastern Himalayam endemic bird area and the Indo-Burma Biodiversity Hotspot with its rich flora and fauna and diverse ecosystem is, today, facing biodiversity degeneration due to various reasons, including lack of awareness in the society, faulty practices and limitation in the scientific community, experts say.

However, the state’s rich biodiversity is facing degeneration. Indigenous vegetables in the state are also in danger of being reduced to a few cultivated species which are often termed neglected and underutilised species, Jinus said. Underutilised species are easier to grow and hardy in nature, producing crops even under adverse soil and climatic conditions.

Rahul Asem, a project scientist, Climate Change Cell, directorate of environment and climate change, said Manipur has its own setting within the Eastern Himalayan region representing many angiospermic and medicinal plants, different kinds of edible fungi, orchids, bamboo, fishes, migratory birds and a multitude of low and high altitude butterflies. Apart from the endangered deer species, the Sangai, Shiroi Lily, Dzuko Lily, Hoolock Gibbon, Scrow, Slow Loris, Golden Cat, Leopard Cat, Malayan Sun Bear, Spotted Linsang, Mrs Hume Pheasant and Hornbills add to the beauty of faunal and floral diversity in the state. Many species, however, are on the verge of extinction due to the extensive process of forest fragmentation, degradation, deforestation and forest conversion.

With the increasing human population and livestock, forest resources also face depletion, degradation and endangered natural regeneration. The situation is made worse by the shifting climate change such as scanty rainfall and rise in temperature which is leading to fast extinction of species, posing a major threat to biodiversity conservation, he said.

RK Birjit, member of the State Biodiversity Board and coordinator of the Indian Bird Conservation Network, said that the state as biodiversity hotspot is home to 650 migratory birds of India. The biodiversity of Manipur, however, has been declining rapidly and human activities are accountable for it.

Birjit pointed out the following reasons for biodiversity degeneration: Severe practices of shifting cultivation leading to forest fire both in hill and valley are responsible for the biodiversity loss. Habitat loss and fragmentation due to encroachment. Over-exploitation of forest resources for short-term pecuniary gains of a few. Lack of alternative sources of livelihood and collection of non-timber forest products to support their lifeline. Vague legal status of the forest and lack of adequate legal and institutional structure for managing the forest, he said.

In view of it, there is an urgent need to conserve the state’s biodiversity and the state has started data collection of fishes, birds found in Manipur.

However, no systematic and comprehensive documentation of the floral and faunal species has been carried out so far, Birjit said. He said the state also lacks data on reptiles and mammals as no research is carried out on them yet.

Birjit said Manipur needs to identify species with exact figures and data but the problem is no such work is being conducted after 1960. The species of flora and fauna in the state needs more study and research work to spread proper awareness to the people on their conservation. The state can use the conservation approach of in-situ and ex-situ.

Birjit also said the state government should “frame long-term policy for regulation and control of shifting cultivation” by providing alternative sources of livelihood. Young students can be taught forest conservation by including Manipur biodiversity in the school syllabus.

Expressing concern, Birjit said despite the spread of awareness on forest conservation, there are people still practicing hunting in the hills which is affecting wildlife. The time of pollination of butterflies and breeding of Kukil birds has been extended owing to climate change. Migratory birds which used to visit Loktak Lake in March last week to October now come visiting from September middle to January.

Birjit suggested the tourism sector can also help in exploring the state biodiversity by inviting foreign researchers to visit the state for a study or the state can organise a trip to collect data and conduct research to help in managing and conserving biodiversity.