Manipur Loumee Marup vice-president Yumnam Ratan gave a clarion call to the farmers of Manipur to wake up to the three farm laws. 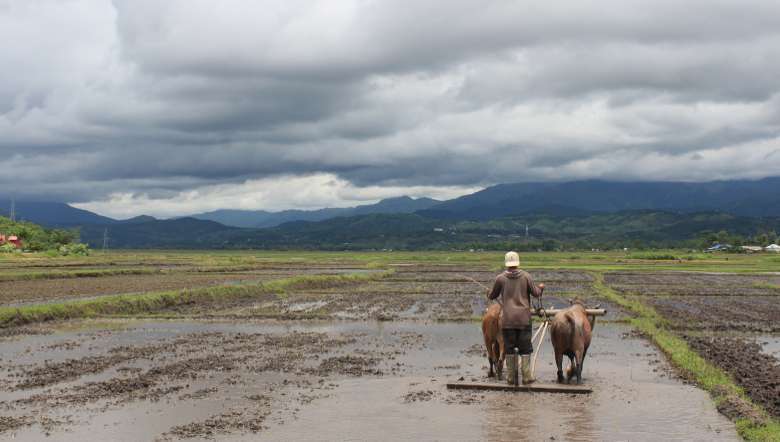 Several thousands of farmers across several states in India have been strongly opposing the new farm laws. They have been staging several protests with the demand to the Central government to repeal the controversial laws. On January 26, the farmers tractor rally in the national capital Delhi took a violent turn that left one farmer dead and 394 policemen injured and 30 police vehicles damaged. Northeast states, however, remain silent.

Farmers of Manipur are silent over the three new farm laws, perhaps, due to lack of knowledge or awareness, Manipur Loumee Marup (Friends of farmers in Manipur) vice-president Yumnam Ratan pointed out.

Amid the farmers' silence, an interaction programme on three farm laws was held by academicians in Imphal, Manipur to initiate a debate and recommendations concerning the farmers in the state.

While Manipur Loumee Marup (Friends of farmers in Manipur) vice-president Yumnam Ratan gave a clarion call to the farmers of Manipur to wake up to the three farm laws, he pointed out that the agriculture sector of Manipur, however, is different from other states. He then questioned how the three farm laws were formed without any concern encompassing the farmers of the country? There is a need to review the three new farm laws, he said, adding the "Central government has totally jumped the part of discussion".

Emphasising that farmers of agrarian states have a big responsibility to look into the three farm laws, Yumnam Ratan said: "If it is not discussed now then the laws will be implemented and corporate will dominate small farmers and marginalised farmers. The rich farmers or corporations will keep the product and sell at a high price".

"It will be extended like Adani’s cold storage and all products will be in the hands of businessmen," he cautioned.

Manipur depends on other states for surplus food and rice. The food produced in the state is yet to be sustainable. "In view of it, how our own product should be given to corporates," he asked.

"One day Manipur will become a hunger state, if all products are given to corporates. Most of the farmers in the state are small marginalised farmers. The time will come to buy food at a high price from corporations and poor people will not be able to buy," he said, calling to spread awareness among farmers in the state.

It was in September 2020 that the Union government passed three bills to replace the ordinance that were enacted during COVID-19 lockdown. The three bills are: The Farmers’ Produce Trade and Commerce (Promotion and Facilitation) Bill, 2020; The Farmers (Empowerment and Protection) Agreement of Price Assurance and Farm Services Bill, 2020 and The Essential Commodities (Amendment) Bill, 2020.

The government has presented these laws as reforms akin to the 1991-opening of the Indian economy linking it with the globalised markets. It stated that the three laws open up new opportunities for farmers so that they can earn more from their farm produce. Why then are the farmers in the rest of the country protesting?

RK Nimai, retired civil servant, said that the three farm laws were promulgated as Ordinances in June and then passed hurriedly in September without any debate and through voice vote, without any discussion with the main stakeholders; the farmers.

"The intent of the government in passing three farms was made suspect; when the economy of India was opened there was discussion of restructuring in the agriculture sector but was put on hold and most of the country's restructuring was carried out in the manufacturing sector. Problem is that in India the number of persons in agriculture is so huge that any surplus can’t be absorbed in any sector. Sixty per cent of Indians depend on agriculture and 94 per cent of landowners are small or marginal farmers. India has a tendency now to transplant policies which are very successful elsewhere like the National Education Policy (NEP) copying mostly from USA where it was very successful without talking into our constraints of infrastructure into consideration and before was put in place," he said.

For many years after India became republic all farm laws were enacted by state as agriculture is a state subject; the Agricultural Produce Marketing Committee Act was enacted by the state based on the model bill circulated by the Centre. It is the first time the Centre is taking initiative to enact law on agriculture. Under the Union list of Seventh Schedules, the Centre is not authorised to enact law relating to agriculture. Now invoking the powers given under entry 33b of Concurrent list which pertains to trade and commerce relating to production, supply and distribution of foodstuff including edible oilseeds and oil, these three farm laws were enacted. Besides, the Supreme Court seems to acts very reluctantly on any decision taken by the government, Nimai said.

Nimai said the three farm laws are not very big laws; the Essential Commodities (Amendment) Act of 2020 is corollary to the two other laws. He explained that under the second law The Farmer (Empowerment and Protection) Agreement on Price Assurance and Farm Service Act, anyone with a pan card can register as trader without showing any financial credibility.  This will impact the farmers if the trader runs away without paying the cost of the produce within 72 hours as laid down in the law.  The major concern of the two Acts is that the dispute settlement mechanism is flawed in favour of the traders as it is the SDM and the Collector to decide and they are amenable to pressure and courts are barred from entertaining any dispute made out under this law. Further the mechanism is in violation of the Arbitration and Conciliation Act, 1996.

The Acts may be applicable to states with large agricultural production, but in Manipur in the short term it may have little impact on the farmers though the consumers may have to buy such items at a much higher price.  Any restructuring will involve aggregation of farm land as seen in other countries, the philosophy being “Grow big or Quit” so that private investment flows, Nimai said.

"The state’s agriculture sector should be restructured. The problem is that we still continue indirect subsidy, in violation of the WTO regime. Subsidy has to be quantified. Making direct subsidy with new technologies will change the sector and excess use of fertilisers and water will be curbed. As all cesses were disallowed, the state government will have little to invest in this sector  and thus there are certain mischievous intent; India needs to look into the agriculture sector holistically, Nimai added.

One Bimol, a farmer in Imphal West district, who heard about the news on farm laws from TV news, said that he does not support the three farm laws of India. "Most important thing is ensuring the minimum support price in the state first. Without a minimum support price, the farmers' products will be taken over by companies with their own price".

"The Acts have empowered companies. Production by farmers of the state will be bought by the companies which will fix the price of the farm products to be sold to the people. In a small state like Manipur, most of the farmers produced on a small scale. And the yards are smaller compared to other states like Punjab and Haryana. It could be listed under corporate for business," Bimol said.

Another farmer from Thoubal district by the name L Ketheisana said, “Different varieties of rice available in Manipur have not been sold outside the state. The prices of our own indigenous rice have not been fixed yet. It is increasing yearly. And rice called as Superfine from Punjab or Haryana are being distributed to the state to fulfil the demand of the people”.

As farm products produced in Manipur are not enough for the state, efforts should be made to increase such production first by helping the farmers, he said.

Associate professor of department of economics, Manipur University, Bobo Meisnam said that the Central government had not done any discussion with farmers. Now the laws have been extended for 18 months but legally the Act was sustained. Does the government have the power to extend the already sustained law? he asked.

Most of the time, the state becomes an implementing agency of any policy or law. But this time the Central government has crossed the power given to state under the State list. The new farm laws should be repealed and a new law formed, he added.

The professor suggested the state government should consider any policy or laws or Act whether it is required or adaptable to the state without causing harm to the people.

On December 11, 2020, Chief Minister N Biren said in his Facebook post that the Central farm laws are in the larger interest of the farmers of our country and the State government is strongly in support of the bills. Claiming that the BJP-led government in the state was trying to remove middlemen from farmers’ transactions, Biren uploaded a video on his official FB page, which also said, “Now there will be no agent. There will be no commission, no middle men, directly the farmers can order and directly the farmers can purchase.”

However, on January 15, 2021, members of the Indian National Congress (INC) took out a protest rally against the three farm laws in Imphal.