Detailed Project Reports (DPRs) for the development of various tourism projects have also been submitted to the Centre for approval.

Manipur Tourism Minister Oinam Lukhoi on Monday said the Centre has given its approval, in principle, to sanction Rs 1,350 crore for the development of Loktak Lake into a world-class tourist destination.

The minister was speaking as the chief guest during the celebration of the World Tourism Day, 2021 held at the Ramrei Eco-Tourism Park, Ramrei Village in Kamjong district. 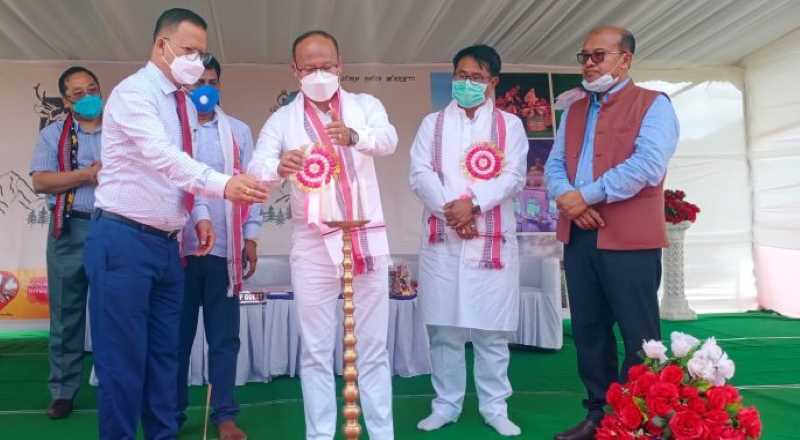 Once the development work is completed, Loktak Lake will be a hot-spot for the tourist from all over the globe, as it is the destination to one and only floating national park in the world, said the minister.

He informed that the average number of international tourists visiting the state is around 2,000-3000 per month and domestic tourists around 12,000 per month.

In addition, Detailed Project Reports (DPRs) for the development of various tourism projects have also been submitted to the Centre for approval, he said, adding that once approved works will be taken up in full swing.

Citing the state’s limited resources, Lukhoi said the state has to fully rely on the Centre to develop the tourism sector.

“Manipur is blessed with various natural beauties both in the hills and valley. I appeal to the public to support the government’s initiative to boost the tourism sector in the state”, said Lukhoi.

The minister also assured the villagers of Ramrei of developing necessary infrastructures of the Ramrei Eco-Tourism Park.

Advisor to chief minister (Health) S Ranjan said uplifting the tourism sector is both profitable to the government as well as to the local populace.

He assured that the sacrifice made by the villagers of Chadong and its surrounding villages in the construction of the Mapithal Dam will not go in vain.

As a part of the celebration, the tourism minister also flagged-off a cycle rally from the venue of the programme.