Union Minister of State for External Affairs RK Ranjan informed that a high level team of border cells from the Centre will make a field visit in the Indo-Myanmar disputed area in October. 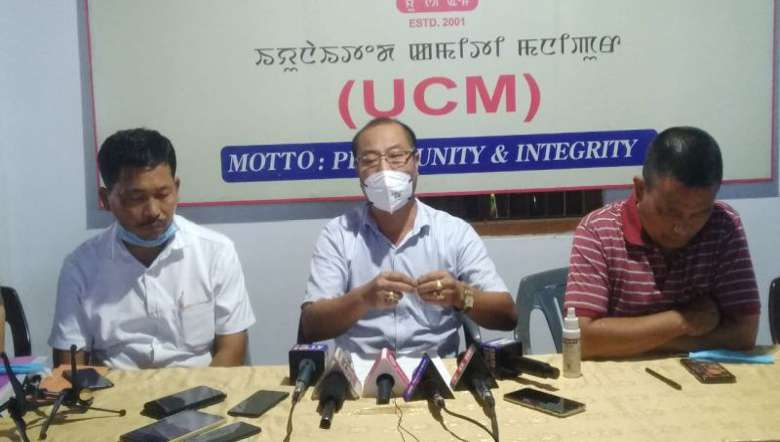 A Central government team is set to visit the Indo-Myanmar border area to verify the disputed pillar set up in the region in October, the United Committee Manipur (UCM) said.

In a press conference held at its office in Imphal on Sunday, UCM president Joychandra Konthoujam said that following its memorandum submitted a few days ago in connection with the border pillar issue along the Indo-Myanmar region, Union Minister of State for External Affairs RK Ranjan invited UCM members to discuss the matter.

During the meeting, the Union minister informed them that a high level team of border cells from the Centre will make a field visit in the Indo-Myanmar disputed area next month. Ranjan also apprised them that the purpose of the visit is to verify the disputed area in the presence of all the stakeholders next month, the Konthoujam said.

In the meeting, UCM further demanded to invite Myanmar authority while conducting land verification by the central team. Besides this, the Union minister was also urged to immediately halt the ongoing construction work of border fencing until the verification is done, he added.

Joychandra said that it is yet to ascertain that the fencing work in the border area is either security fencing or border fencing, though Chief Minister N Biren identified it as security fencing. UCM is going to urge the Border Road Task Force (BRTF) to disclose the kind of fencing for which construction has already been started in the said site.

UCM will set up a border expert committee soon to take part in the verification work of the disputed area of Indo-Myanmar region next month, he added.

Appealing to the authorities concerned to take the border issue seriously, he said that the role of state is immense to keep the border territory protected and prevent from losing even an inch of land from encroachers. The instances of Anglo Manipuri War 1891 and June 18 shows how much the people of Manipur are concerned about the protection and preservation of their land and territory.