The United Committee Manipur (UCM) warned to launch various forms of agitations if the demand is not materialised. 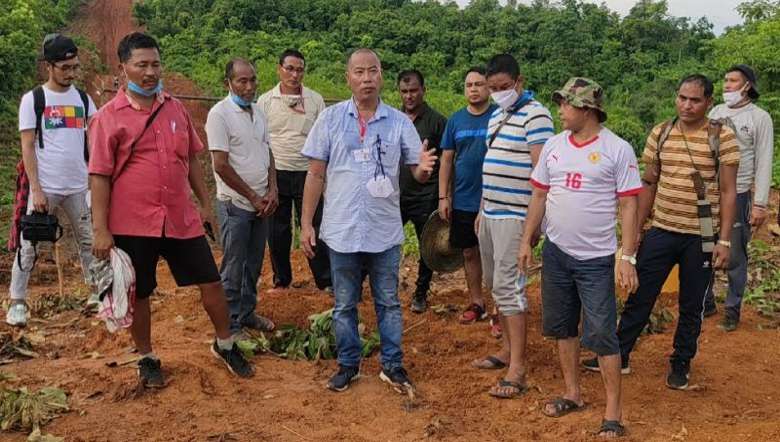 The United Committee Manipur (UCM) along with local residents of Kwatha village under Tengnoupal district strongly condemned the continuation of construction work of Indo-Myanmar border fencing even after repeated demand was made to finalise the border dispute concerning the changing positions of border pillar 81 and border pillar 82 from its original place.

Demanding the authority concerned to halt the construction work immediately until it is settled, UCM warned to launch various forms of agitations if the demand is not materialised.

Addressing the media persons on Thursday, UCM president Konthoujam Joychandra said that protecting the boundary of the state from any external force is the main objective of the committee and they have been surveying the border areas of Indo-Myanmar region of Kwatha from time to time.

“When UCM team and media persons visited the construction site today, the construction of the wall fencing in the Indo-Myanmar region was in progress even after the committee and local residents were told not to do so,” he said. 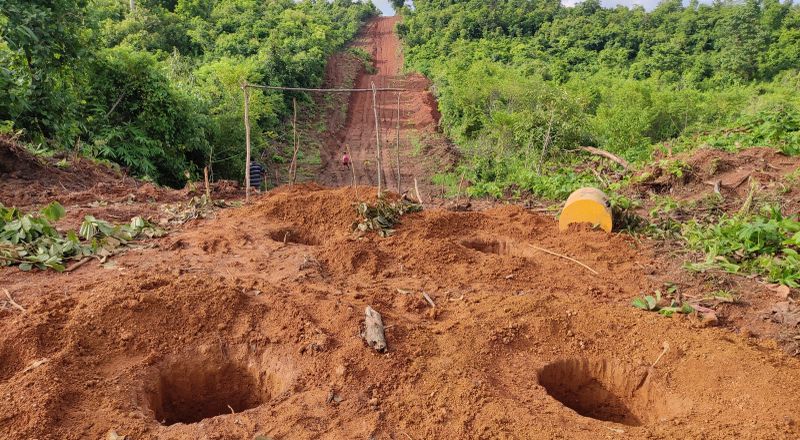 Joychandra said that there is evidence of shifting border pillar 81 from its original place of 3 km towards Indian Territory. Apart from this, the position of border pillar 82 was also changed. The shifting of the two border pillars came to light a few years ago, and UCM and local residents have been demanding to demarcate the border based on traditional boundaries.

However, the authority concerned continued the construction work of the wall fencing near subsidiary pillar 40 by losing around 400 meter towards Indian Territory, he added.

"Earlier we have claimed that 3 km towards Indian Territory has been lost but continuation of wall construction by losing another 400 meter distance is unfortunate. Such a decision of the Centre in association with the Myanmar government clearly shows that the central government does not have any interest to protect the land and boundary of Manipur," he lamented.

“The committee might even take the decision in demanding pre-merger agreement status if the central government is not going to take the demand seriously and continue to play delay tactics,” said Joychandra.

He also said that as the matter is getting serious, they will submit a memorandum to Union Minister of State for External Affairs, RK Ranjan and the committee expects that the minister, who is well versed in this boundary issue, would surely pay importance in the demand.

Joychandra said that boundary demarcation is not a state subject. However, if the state government had given necessary pressure to the Centre, the land of the state would have not been easily encroached by any external force.

Nongkam Satang former chairman, TK Leidong said that the villagers settling near the border areas have been demanding to allow them to participate in the land demarcation as they have all the records of the land boundaries and where to demarcate. However, the demarcation was forcibly carried out without their knowledge and it is highly condemnable. Such a decision will ultimately lose many square areas of their land, he added.

The state government should at least give some attention in this regard even though the land dispute has to be settled down by the central government. Otherwise, a large portion of the state's land would be taken away, said Leidong.

He further said that the villagers have been running from pillar to post to save even small patches of ancestral land but sadly, the construction work for border fencing has already started.

As a part of the visit, UCM also distributed edible items, seeds for rabi crops and immune boosting medicines as an assistance to fight COVID-19 effectively to the people settling in the border areas of Kwatha, Nongkam Satang and Kwatha Khunou.