The highly decomposed bodies of two Sinakeithei villagers who went missing on August 4 were found on the river banks of Ihang at around 3 pm on August 8. 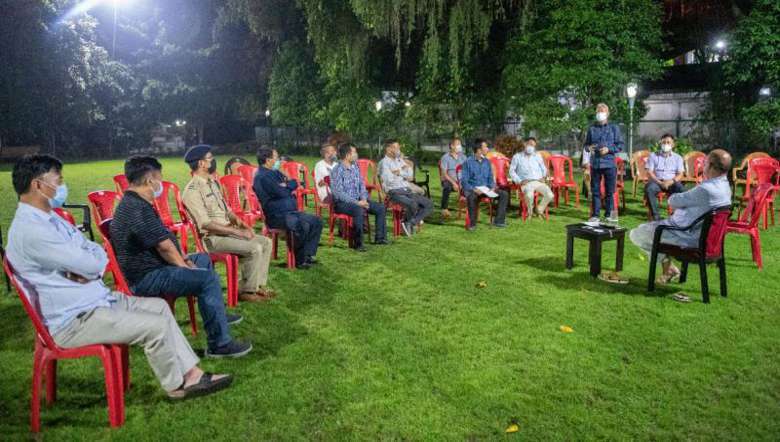 The Manipur government has constituted a Special Investigation Team (SIT) under the chairmanship of IG (Intelligence) to conduct a probe into the alleged killing of two Sinakeithei villagers.

The SIT will have DIG (Range-II) and Special AIG (Housing) as members, Chief Minister N Biren Singh informed in a Facebook post.

"Had a meeting with the CSOs of Ukhrul last night regarding the death of Thotreichan Kasung (31) and Naosomi Lunglen (29) who are a resident of Sinakeithei Village. After we come to an understanding, a Special Investigation Team under the chairmanship of IG (Intelligence) has been constituted with DIG (Range-II) and Special AIG (Housing) as Members, to carry out investigations into the death of the deceased. The families along with the CSOs will be taking the bodies for their last rituals," CM Biren wrote on Facebook.

On August 4, one Thotreichan Kashung, 31, son of Mothang Kashung and Naosomi Lungleng, 29, son of Lt Lightson Lungleng of  Sinakeithei village in West Ukhrul district under 44-Ukhrul assembly constituency went missing. Their highly decomposed bodies were found on the river banks of Ihang at around 3 pm on August 8, according to reports.