Social stigma major cause of opioid overdose deaths in Manipur

With high number of people who use drugs (PWUD), Manipur has the second highest number of overdose deaths in Northeast India.. 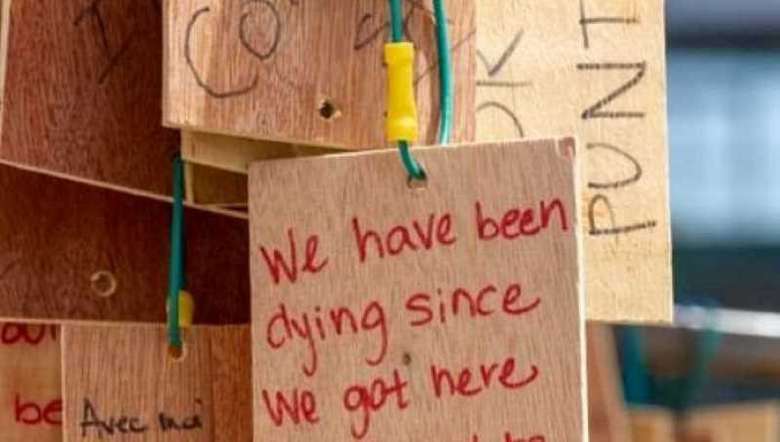 MANIPUR, which has long been waging a ‘War on Drugs’ under the present government, has been losing several young lives to opioid overdose for years. Despite the service for emergency treatment and management of overdose being implemented in the state since 2015, Manipur continues to record an increasing number of OD deaths, as it has a high number of people who use drugs (PWUD).

Recently, Union minister of state for Social Justice and Empowerment, S Narayanaswamy pointed out in Parliament that Mizoram and Manipur have recorded the highest number of drug overdose deathsamong Northeast states during the period 2017-2019 with 79 and 59 cases respectively.

Major Cause of Drug Overdose Deaths

International Overdose Awareness Day is observed every year on August 31 with the aim to prevent drug overdose deaths. But due to the prevailing social stigma and discrimination against people who use drugs, the number of opioid-related overdose death is increasing, experts say.

“The fear of social stigma and discrimination against people who use drugs (PWUD) and people living with HIV and AIDS (PLHIV) is one of the major causes of overdose deaths among drug users,” Samina Begum, a female volunteer of the Drug Overdose Rapid Response Team formed by the Social Awareness Service Organization (SASO), told the Imphal Free Press.

SASO is an organisation for welfare of people who use drugs (PWUD) and people living with HIV and AIDS (PLHIV). And its Drug Overdose Rapid Response Team has been working as an overdose treatment and management team during COVID-19 pandemic throughout the day and night.

Addressing the concern with timely treatment and management

Overdose deaths can be prevented with concerted efforts by all concerned. In the effort to spread awareness and prevent OD deaths, people’s mindset of underrating PWUD as a burden to the society must change, she said.

"Overdose is preventable with the help of timely administration of Naloxone injection, which is an approved drug used globally and even provided in every government hospital. We witnessed so many cases of late report or unreported cases of overdose deaths due to stigma. Our team is making rigourous efforts to break this stigma by spreading awareness apart from saving lives. So far, our team has successfully responded to 1829 cases till date since 2004.  Of which, 47 died," she said.

Another member of the team, H Kishorechand said that the team is working 24X7 based on a peer-led intervention model. With an objective to cover this overdose management and treatment service, they collaborated with most of the Targeted Intervention NGOs operating in the state.  So far, they have immediately responded to calls on the helpline number 8414906162 or 7421928642, he said.

Apart from delivering overdose treatment and management provided by their volunteers who had received hands-on training in this regard, they give proper counselling to patients as well, he added.

"It is a challenge to deliver service to them during the pandemic, which is not lesser than the work performed by frontline workers. Like how the coronavirus infection fear grips everyone, we too fear getting infected. But we have been continuing our service, keeping overdose cases as top priority as most of the public are reluctant to approach public hospitals during this pandemic period," he added.

General Secretary, SASO, RK Tiken said that Naloxone is the only available medicine to respond to opioid overdose. The injectable Naloxone is made available by Manipur State AIDS Control Society in around 20 health sectors since 2015 but accessibility and availability during odd hours is a major issue.

While mentioning some of the problems in dealing with overdose cases in the state, he said that drug overdose mostly happened in hotspots and distance from designated facility centres. It is also learnt from the experience that Naloxone should be administered on the spot and any delay in hospital referral can cause loss of life. However, Naloxone is not readily available in local pharmacies. Some pharmacies also charge higher prices from the patient party while buying for emergency cases.

In order to address the issue and to make Naloxone readily available, SASO tied up with some multinational pharma companies outside the state such as the HIV/AIDS Alliance, ORCHID-EHA, FHI 360 and I-TECH India. To ensure regular flow of this drug to meet the demand, these companies provided support in implementing overdose treatment and management programmes of SASO, he added.

However, apart from the availabity of emergency treatment and management of overdose in the state, the state needs to step up in creating awareness against social stigma and discrimination to prevent loss of young lives due to drug overdose.

Tiken said the problem of premature deaths caused by drug overdose can be largely reduced with support from all sections of society.

According to the world drug report 2021 released by the United Nations Office on Drugs and Crime, death related to drug use disorders mainly due to overdose has increased by 45 per cent over the last decade. As a collateral damage of the ongoing COVID-19 pandemic, drug overdose death, which is one of highest premature death case, appears to escalate, the report states.

1. People living with HIV struggle to get Antiretroviral therapy amid pandemic

3. Inaugurated two years ago, National Centre for Disease Control branch yet to be constructed in Manipur

5. How vaccines can help lactating and expectant mothers keep children safe from COVID-19