Ecosystem Restoration: Collective actions needed to allow nature recover on its own

Environment should be put up in the category of national security now. To defend our natural resources is equally important as to defend it from the neighbours. 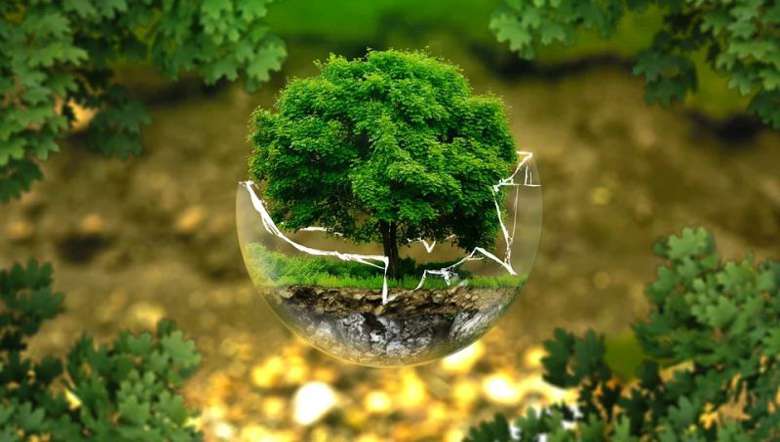 All 220 countries in the world are fighting the COVID-19 pandemic since late 2019 with already 171,973,640 cases and 3,577,084 deaths. Although we laud the zenith of our medical sciences, no country is still able to find a final vaccine or drugs to treat the virus. To fight back the pandemic, mankind has suffered drastically much more than any events in human history. But one thing we should never forget even during such a hard time is the environment. Thus, the whole world is celebrating the World Environment Day today, June 5, 2021 with the theme of, “Ecosystem Restoration”. It is the people’s day for doing something positive for the environment, inspiring individual actions that collectively can generate a hugely positive impact on the planet.

World Environment Day reminds the world population of the importance of caring for our environment and planet. This year, Pakistan will be the global host with the launching of the UN Decade on Ecosystem Restoration.

Ecosystem restoration means assisting in the recovery of ecosystems that have been degraded or destroyed, as well as conserving the ecosystems that are still intact. Healthier ecosystems, with richer biodiversity, yield greater benefits such as more fertile soils, bigger yields of timber and fish, and larger stores of greenhouse gases.

Restoration can happen in many ways – for example through actively planting or by removing pressures so that nature can recover on its own. It is not always possible to return back a degraded ecosystem to its original state.

Between now and 2030, the restoration of available 350 million hectares of degraded terrestrial and aquatic ecosystems could generate Rs 657 trillion in ecosystem services. Restoration could also remove 13 to 26 gigatons of greenhouse gases from the atmosphere. The economic benefits of such interventions exceed 9 times the cost of investment, whereas inaction is at least 3 times more costly than ecosystem restoration. All kinds of ecosystems can be somehow restored, including forests, farmlands, cities, wetlands and oceans. But restoration initiatives have to be taken up by us.

By the word restoration, the mind has the perception for planting trees.  Planting trees, can seem the easiest way to battle the environmental problems – it has the potential to create “forests” and soak up excess carbon dioxide from the air. This narrative is what many campaigns are relying upon. Take for example, the one-trillion trees initiative launched by the World Economic Forum in January 2020. The project notes that “trees and forests are a critical part of the solution to the climate crisis and biodiversity collapse”.

There is a tree-planting frenzy all over the world. Intuitively, planting trees makes sense, especially when high degrees of forest are lost around the world. Even in 2020, when there is in the throes of the COVID-19 pandemic, the world lost 4.2 million hectares of our tropical forests in places such as the Brazilian Amazon – 12 per cent higher compared to the previous year, according to the data from the University of Maryland and Global Forest Watch. Carbon emissions from fossil fuel burning and forest clearing are also at an all-time high with ppm levels exceeded 420 in April 2020.

In 2019, a paper titled ‘The global tree restoration potential’, published in the journal Science, created a furor that Earth has the available land for about 900 million hectare for forest restoration. Foresting over these land would help to store 205 gigatonne of carbon, which will be the most effective climate change solution till date.

Once Mahatma Gandhi said, “Earth provides enough to satisfy every man’s needs, but not every man’s greed”.  I think the environment should be put up in the category of national security now. To defend our natural resources is equally important as to defend it from the neighbours.

The United Nations, therefore, observed this day to tackle the environmental challenges that include climate change, global warming, biodiversity loss, new dreaded diseases like COVID-19, disasters and conflicts, harmful substances, environmental governance, ecosystem management and resource efficiency etc. Our blue planet is the only place in the universe inhabitable by living beings. Yet, our so-called home, the earth is visibly losing its vitality and pristineness due to the reckless policies and ruinous acts of the human beings. Its resources are being exhausted and the safe livelihood of mankind is gravely endangered. Climate change with ensuing environmental degradation has led not only to depletion of natural resources, but also threaten the social and economic development of the entire world.

The oceans absorb almost 25 per cent of all human carbon dioxide emissions. The gas then combines with other elements to form carbolic acid. Over the last 250 years, surface acidity of the ocean has increased by 30 per cent. The acidity is expected to increase by 150 per cent in 2100. With such over acidification, all the sea creatures, more importantly, the plankton which produces 65 per cent of the earth’s oxygen is in the brink of extinction.

Since 1990, half of the world’s rain forests have been destroyed. The clearing of forests continues at an alarming rate of one football ground per minute. Trees are now cut around 4-7 billion globally per year but annual afforestation and natural germination amounts to only one per cent. A tree can store 1 ton of CO2 in its life and can produce oxygen for 10 people a year. Hence, cutting of trees is really miserable.

In 2018, Churu in Rajasthan, the temperature shot up to 50.8°C. Of the world’s 15 hottest places, 10 are in India. It is really horrible to live for the infants and elderly people under such heat. But if we do not care for our environment today, it is inevitable to face the harsh reality in the coming years. Due to lack of monsoon, the whole country is facing acute water crisis and on the other hand we are again facing frequent thunderstorms and cyclonic storms like Yaas, Helen, Phalin, Hudhud and Fani etc. every year from the adjoining seas.

Over-population remains the root cause of all environmental issues

It is difficult to prioritise the top most environmental issue facing our planet earth today. But it is sure that overpopulation is at the root cause of all these environmental issues. India will be the most populous country by 2030 surpassing China with a population hovering around 1.52 billion. To have sufficient food, water and livelihood for these huge populations, the country’s daily requirement will be almost double at that time. Unfortunately, annual precipitation is likely to reduce tremendously thereby decreasing the food production giving a huge gap between the demand and supply. The rainfall type during these days will be very haphazard on us accompanied by cloudburst and downpour thereby making floods, landslides everywhere leading to huge loss of lives and properties.  Moreover dry places may get more rainfall but the rest of other places will suffer with almost nil to negligible, thereby leading to a severe drought and famine condition all over the country.

At that time 80 per cent of the Himalayan glaciers might be melting away which may result in abrupt changes in the climatic condition of the sub-continent and also submerging many low lying coastal areas. At that time, most of our snow fed rivers like Ganges, Sutlej and Brahmaputra etc. may have dried up due to lack of ice in the catchments.

Wildlife in national parks and sanctuaries

Our rich and beautiful wildlife in the 110 national parks, 566 sanctuaries and 51 tiger reserves and 30 elephant reserves will be on the brink of extinction at that time. India’s pride of harbouring 60 per cent of the world's wild tiger population, 50 per cent of Asian elephants, 80 per cent of the one-horned rhinoceros and the entire remaining population of the Asiatic lion will be almost diminished. Only dreaded insects, worms and unwanted alien species will be harbouring challenges to both our life and crops.

But, remember that each live gorilla is bringing Uganda about $1 million while Rwanda, famous for its mountain gorillas, made $304 million in eco-tourism in a year. Protecting wild animals and ecosystems would benefit our tourism, solving the huge unemployment problems and increasing GDP.

The booming illegal trade in wildlife products is eroding the country’s precious biodiversity, robbing us of our natural heritage and pushing whole species toward extinction. The killing and smuggling is also undermining economies, fuelling organised crime, and feeding corruption and insecurity across the globe.

Illegal trade in wildlife is worth $15-20 billion annually, and is one of the largest illegal trades in the world, along with trafficking of drugs, arms and humans. According to the Thin Green Line, over the last decade, individuals associated with the illegal trade in wildlife have killed 1,000 park rangers. Illegal, unreported and unregulated fishing is estimated at 11-26 million tonnes of fish each year, causing depletion of fish stocks, price increase and loss of livelihoods for fishermen. Forty per cent of all intrastate conflicts in the last 60 years were linked to natural resources and over 80 per cent of major armed conflicts were in the biodiversity hotspots. Therefore, we must also change our habits and behavior, not to demand for wildlife products but to save them.

There will be huge problems for illegal immigrants all over the country. The pollution level both in air, water and soil may shoot up to three times of the present condition. Automatically, temperature will rise around 55°C in almost all the parts of the country. Hence people will be forced to concentrate their settlement in the cold regions. Heat waves mixed with drought conditions can trigger intense wildfires accompanied by heavy cyclones and storms. Due to these multifarious environmental issues, the country will be in turmoil both in politics, law and order and governance. But it’s very clear that our state Manipur alone cannot be set aside from such inevitable environmental turmoil.

Therefore, this World Environment Day, 2021, we urge every individual to come forward and join hands together to take part in protection and conservation of our environment from today onwards. Planting trees by each one of us in all the available barrens in this coming monsoon will be an effort towards “Ecosystem Restoration” for a green and beautiful environment and for the sake of our future generations.