One vehicle lifter arrested at Uripok in Imphal West

The vehicle lifter was detained while the police team were conducting frisking and checking at Chakrikom, Uripok. in Imphal West late Thursday. 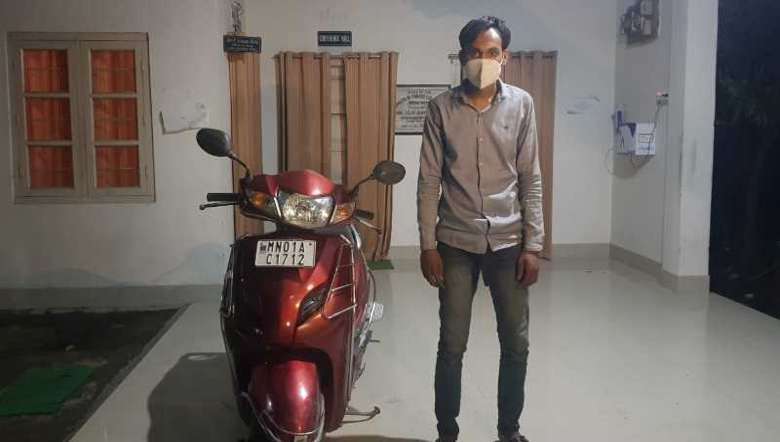 Police reported that the vehicle lifter has been identified as one Md Nawaz Sarif, 26, son of late Md Kasiruddin of Sangaiyumpham, Thoubal district. He was detained while the police team were conducting frisking and checking at Chakrikom, Uripok.

The incident took place when the commando team saw one person who was later identified as Nawaz coming in a red colour two wheeler scooter (Activa) bearing registration number MN01AC-1712 coming from Uripok road towards the frisking spot at about 8.45 pm.

The person identified himself on the spot and disclosed that he had stolen the two wheeler from the parking area located in front of Subha Hospital, Lamphel at about 8.30 pm of the same day.

The person further disclosed on examination that he had also stolen one scooter white in colour (Activa) from Thoubal bazar two months ago and sold at Sora, Kakching district.

The arrested person along with the seizures has been handed over to Imphal Police station for further legal action.

Efforts on to rescue labours trapped in coal mine, action will be taken against illegal mining: CM Conrad Sangma