Efforts on to rescue labours trapped in coal mine, action will be taken against illegal mining: CM Conrad Sangma

As five labourers are trapped inside a coal mine in East Jaintia Hills district, Meghalaya chief minister said action will be taken against those who break the law. 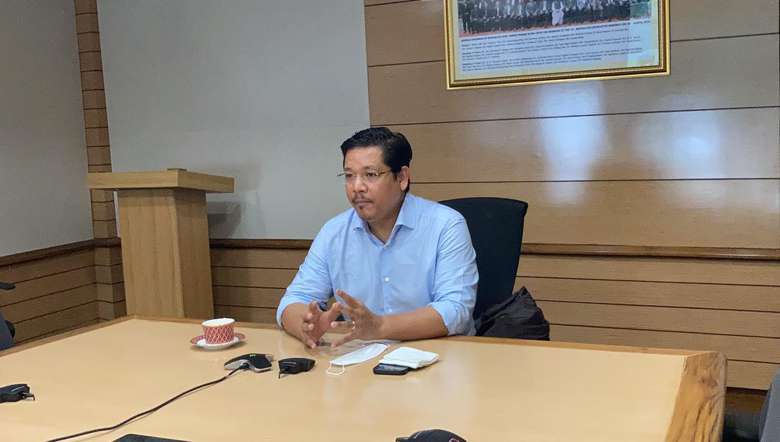 Meghalaya Chief Minister Conrad K Sangma said appropriate action will be taken against those people who are involved in illegal coal mining.

All efforts are being made to rescue the five labourers who are trapped inside a coal mine in East Jaintia Hills district, the chief minister told reporters on Thursday.

Pointing out that the system is huge, Sangma said even though there are laws that are meant to stop people from committing crimes, yet illegal things are happening.

Reminding that the law is there to take action against those who break the law, the chief minister said, “Therefore, appropriate action as per law will be taken against those people who are involved in this (illegal coal mining).”

He also claimed that all efforts have been continuously made by the government to ensure there are no illegal activities taking place.

"…but yes we have seen unfortunately that in some areas this has happened but from the government side, we are very firm, we are very clear that none of these illegal activities will be allowed and anybody involved in such activities, strict action as per law will be taken against them,” Sangma reiterated.

On the Congress party's demand for setting up separate independent inquiries in different coal rich districts to end the illegal coal trade, the chief minister assured that the government would examine the suggestion.

“…we will see how it is as I said from the government side. We have been very clear and have taken a number of steps to ensure that illegal mining does not take place but we will examine this demand that has come from the opposition and accordingly will take action after examining the entire matter,” he added.

Asked about the status of the operation to rescue the trapped miners, the chief minister said the rescue operation is something which is very important and that the government and the administration are doing whatever they can to bring out the victims safely.

Stating that the weather has made it a very difficult situation for the rescue team because of the rain, he said, “We hope that with the rain stopping there will be some scope for us to be able to work…I have requested the Home minister to personally visit the site and monitor this entire situation, which he has been doing.”

Sangma informed that the NDRF team has already reached the site to assist in the rescue operation.

“So all steps and all measures will be taken to ensure we can get them alive and will do our best and hope that we are able to save them,” he added.

To another query, Sangma said that the coal mine was abandoned for quite some time as per reports submitted to the government.

“From the initial reports that were recievedd, there was some kind of activity which looked like they were looking at the option of starting mining out there. So it was technically an abandoned coal mine – what was the purpose of them going there we don’t know but we can presume it was with the intention of starting some kind of mining but again it is something which is not very clear,” he stated.