High Court of Manipur on Thursday declared the election result of Wangkhei assembly constituency which announced Okram Henry a winner, as null and void. 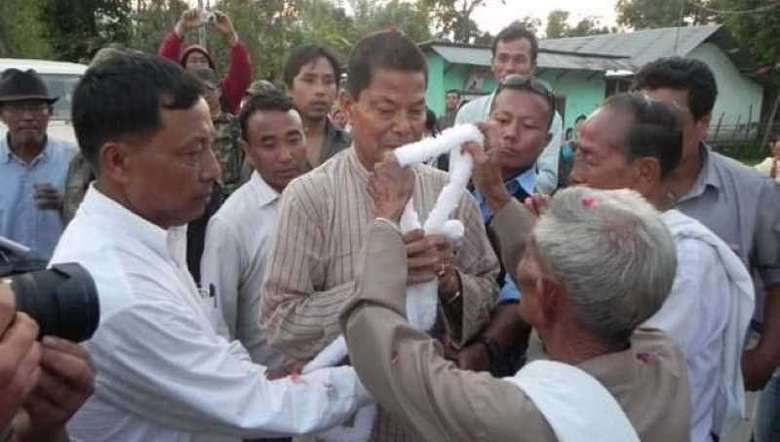 A single bench of justice MV Muralidaran, High Court of Manipur on Thursday declared the election result of Wangkhei assembly constituency which announced Okram Henry a winner, as null and void.

The judgment was based on charges of non-disclosure of information, including criminal antecedents in the time of filing his nomination paper in the last election.

The HC observed that the failure of Henry to disclose the name of his spouse, dependants, pending criminal cases and the educational qualification would constitute a corrupt practice falling under the heading “undue influence” as defined under section 123(2) of the RP Act, 1951.

Moreover, it noted that the alleged crime committed by the respondent is related with the smuggling of Narcotic drugs which is one of the “heinous crime” against the society and also falls under “undue influence”.

In his election petition, Y Erabot alleged that O Henry violated the provisions of Representative of People’s Act 1951 during the election nomination process. He further alleged that Henry has not provided the details of his highest educational qualification, and there is a criminal case pending against him before the lower court under Section 138 of the Negotiable Instruments Act, 1881 and under Section 420 of the Indian Penal Code, 1860.

It stated that the Special Trial Case pertaining to Narcotics drugs been pending before the lower court against Henry who has been charged of illegally transporting contraband drugs. The same information was not furnished during his nomination, it added. As such, Y Erabot petitioned the court to declare the election result of Okram Henry as null and void.

However, no action was taken up against Henry against his concealment of pending criminal cases in the affidavit, he added. The judgment was kept reserved after the conclusion of hearing on March 17, 2021.

The importance of being O Henry!