Henry had on March 24 approached the Supreme Court for a directive to ECI to conduct the bye-election for Wangkhei assembly constituency so that he may avoid losing his ministership. 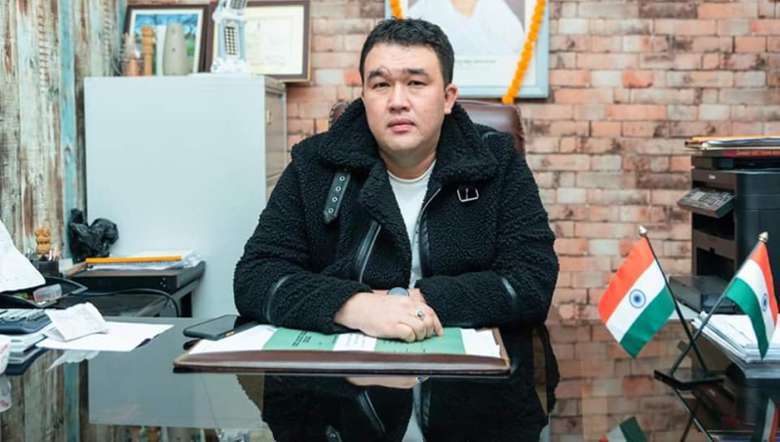 Social Welfare Minister Okram Henry’s writ petition filed in the Supreme Court of India, pleading for issuing a directive to the Election Commission of India (ECI) to conduct a by-election for Wangkhei assembly constituency has been withdrawn.

While taking up the matter on Wednesday, the senior counsel appearing for the petitioner prayed for withdrawal of the petition with liberty to approach the Manipur High Court. The Supreme Court allowed the prayer and dismissed the writ petition.

Henry in his prayer stated that he was elected as MLA from Wangkhei assembly constituency by a considerable margin of votes. The term of 11th Manipur Legislative Assembly was originally from March 2017 to March 2022, it stated. At the time of getting elected, he belonged to INC; however, due to some ideological differences, he resigned as the MLA of the INC and joined BJP in August, 2020, it added.

His prayer mentioned that the resignation was accepted by Manipur Legislative Assembly on August 11, 2020. But, in view of a casual vacancy arising, the ECI is under obligation to conduct the bye-election within a period of six months, it added.

It stated that he reliably understands that the ECI is not conducting the bye-election in view of the fact that an election petition is pending before the Manipur High Court for four years. The statutory provision under section 86(6) and 86(7) of representative of people act, 1951 provides that the trial of election petition shall be continued on day-to-day basis and as far as possible to conclude the trial within a period of six months, it added.

Henry pointed out that article 164(4) of the Constitution of India provides that a non-MLA cannot continue to be in the council of ministers until and unless he is elected as a member of Legislative assembly within six months from date of induction as minister and he has to be re-elected by March 24, 2021 in order to continue as a minister.