JAC co-convenor Sapam Subhangkar said a memorandum demanding reinvestigation into the case will be sent to the prime minister and the CBI director. 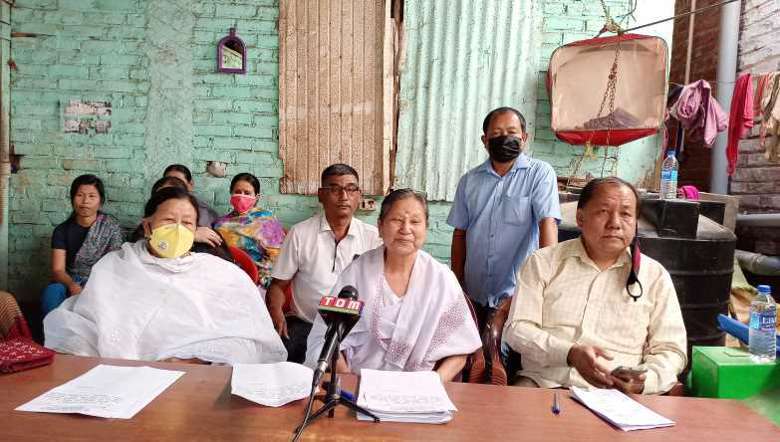 The final CBI report on the death of Babysana, who was found hanging in the hostel dormitory of Standard Robarth Higher Secondary School in 2019, was submitted without complete investigation, said JAC convenor Laishram Gyaneshori while speaking at a press meet held at Babysana’s residence located at Thangmeiband on Saturday.

The JAC demands a reinvestigation into the case by replacing the officers who had investigated the case earlier, she said.

The blood stains of “AB blood group” found in the nail of Babysana belonged to her murderer and it should have been revealed in the final report but it was not mentioned at all, she said.

The investigation requires that it looks into the evidence concerning her death and the circumstances. The blood is the evidence and material evidence is that it is of “AB blood group,” she said, adding the CBI should find out whose blood it.

Gyaneshori further said that the report based on a fictional crime scene made out of fantasy is not acceptable. The CBI thinks that people of Manipur live in the corner of a jungle and do not know anything, she added.

JAC co-convenor Sapam Subhangkar said a memorandum demanding reinvestigation into the case will be sent to the prime minister and the CBI director.