Babysana, a student of Standard Robarth Higher Secondary School at Canchipur in Imphal West, was found hanging in the hostel dormitory on July 18, 2019. 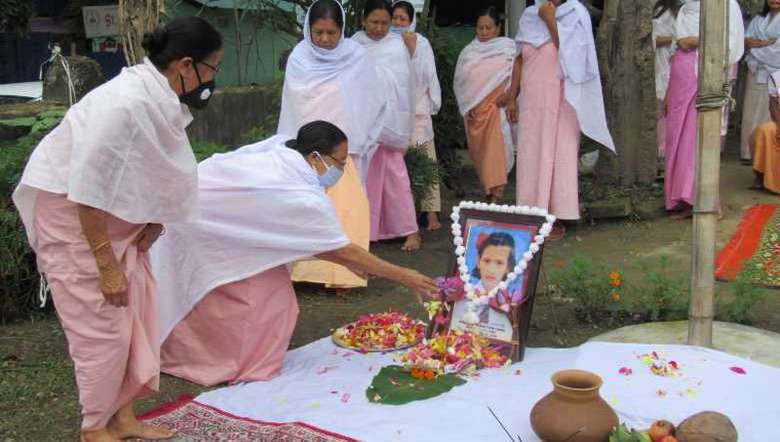 The Central Bureau of Investigations (CBI) on Thursday submitted the final report of the 2019 Babysana death case before the Chief Judicial Magistrate, Imphal West, stating that 14-year-old Ningthoujam Babysana Chanu hanged herself to death.

Babysana, a girl student of class-VII of Standard Robarth Higher Secondary School at Canchipur in Imphal West, was found hanging in the hostel dormitory on July 18, 2019, around 5.30 am.

After nearly two years of her death, the CBI established in its final report of its investigation under 173 CrPC that Babysana committed suicide by hanging with a rope in the dormitory of the hostel of Standard Robarth Higher Secondary School in Imphal West.

The CBI's final report stated that she was not instigated by any person to commit suicide nor was she subjected to physical or mental torture by the School Authorities. No one was cheated by the school authorities by giving admission to the students who were staying in the hostels, the CBI added.

The CBI stated that charge sheet could not be submitted against the accused persons in the case as no evidence emerged during the investigation that the accused persons were part of a common intention to murder or abetment of suicide of Babysana or were cruel to the child.

The allegation levelled against school authorities of Standard Robarth Higher Secondary School and the persons arrested during the investigation by the state police are not found involved in any criminal act in the present case, the CBI report added.

Investigations revealed that no suicide note was found from the vicinity of the clean body of Babysana though one writing in Meitei Mayek was found under her pillow, the CBI mentioned, adding the writing was identified and only one line has been written from a poem of class VII book.

“The lower part of the hands and legs, which had become black, was because of post mortem staining not because of torture. The forensic experts have clarified that there has been no torture and ante mortem,” the FR pointed out.

The CBI further stated that Babysana was under mental trauma because of losing her biological mother, ill-treatment at her home by step mother and the quarrel she had with her family members in the day of coming to the school and not at all due to the school environment or the wardens or the school authorities. Hence, the allegation of suicide on the school authorities and the two wardens under section 305 IPC could not be proven, it added.

During the investigation, none of the girls of the hostel said that they were neglected or assaulted or abused or cheated, it mentioned.

However, there is one Supreme Court guidelines on child safety in schools, it stated, adding there are 24 points in the guideline of which points 20, 21, and 24 are for transportation and hence not relevant for hostels.

“The other norms are being followed by school authorities. Thus, it cannot be stated that the Supreme Court guideline had not been met by the school authorities. Hence, the allegation under section 75 of JJ Act could not be proven against any person, the FR added.”

The CBI also stated that during the investigation, it was found that there is no bar according to the recognition rule of Board of Secondary Education Manipur to maintain a hostel or residential block. The recognition rule of BOSEM point no 8, clause 2 states that hostel and residential buildings should be separated from the main building of the school. In the instant case, the residential block of the girl’s student is also in a separate campus, separated by a boundary wall adjacent to the residential teaching block of the school.

It stated that there is only one school namely Standard Robarth Higher Secondary School, of which the residential girls section is a block of the residential block of the school. The school is recognised by BOSEM, director of education (S), government of Manipur and COHSEM. It has also been clarified that each school has a unique identification number which is his or her admission number, it stated.

Thus, no cheating was committed by the trustees of the school with the parents and students of the residential wing of the school as the student of the wing will be able to appear for the board examination with those of the day scholars with separate admit cards, the CBI stated in the FR.

Therefore, the allegation of cheating by the school authorities with the parents and students under section 420 IPC could not be proven, it stated. The fact and circumstances that have emerged from the investigation thus proved that no evidence is available on record to implicate anybody in the case, it added.

Following the death of Babysana, her family had alleged foul play and demanded the government to investigate the case and to award befitting punishment to the suspected culprit(s). And, the case was handed over to the CBI after the High Court of Manipur direction on November 6, 2019.