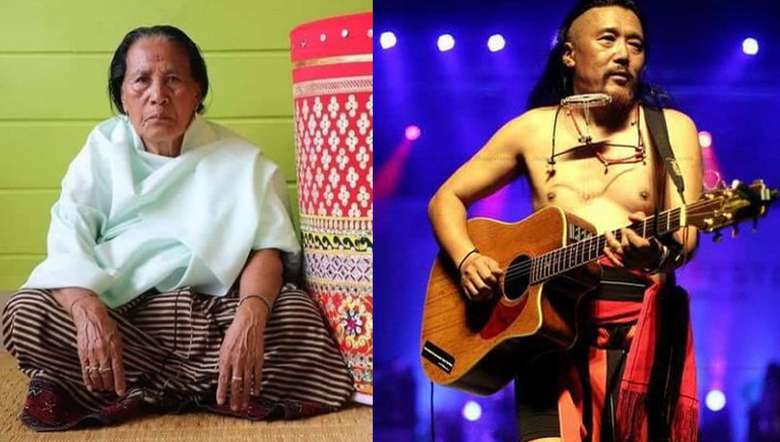 “I am extremely happy to learn that Manipur’s tribal folk musician and singer Rewben Mashangva and Potloi designer Hanjabam Radhe Devi have been conferred with Padma Shri Awards for their contributions in the world of arts,” the CM stated in his message.

Manipur, although a small state, is known for its rich culture, and its cultural expressions give it a distinct identity, he stated.

Rewben Mashangva had been playing an important role in reviving the musical tradition of the Tangkhul Naga of Manipur, using traditional musical instruments in his songs and had devoted his entire life to the development of folk music of the Nagas, his message stated.

Radhe Devi worked as a traditional bridal wear designer and as a Potloi Setpi for the last 58 years and had dressed over 1,000 brides during her lifetime, it added. She also played a major role in showcasing the Potloi with her intricate designs, it mentioned.

"On this joyous occasion, I, on behalf of the government of Manipur and people of the state extend heartiest congratulations to Rewben Mashangva and Hanjabam Radhe Devi for making the state proud with their achievements, " Biren said.