The social welfare director said the state government has already initiated to open a mental hospital in Manipur. 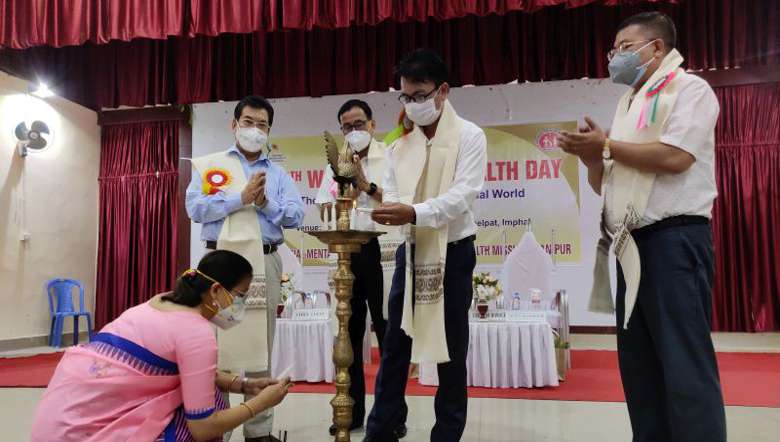 Manipur on Sunday joined the rest of the world in observing the 30th World Mental Health Day under the theme ‘Mental Health in an Unequal World’ at Indian Medical Association Hall, Lamphelpat, Imphal West.

He continued that the state government has already initiated to open a mental hospital in Manipur. On the other hand, the effort given by district mental health services is highly appreciable and people should come forward to fight this issue.

He also informed that with the support of the National Health Mission, the Social Welfare department is planning to provide training to school teachers and local volunteers on the first aid treatment on mental health issues.

As a part of the function, prizes were distributed to the winners of a one-minute short video competition on ‘Mental Health in an Unequal World’.

ALSO READ: Mental Health and Pandemic: How can we break the Stigma