Celebrating Wildlife Week: How deep is our bond with the environment?

"It seems everything in nature that has beauty, also has a price. Let the value of our planet’s wildlife be to nature and nature alone". 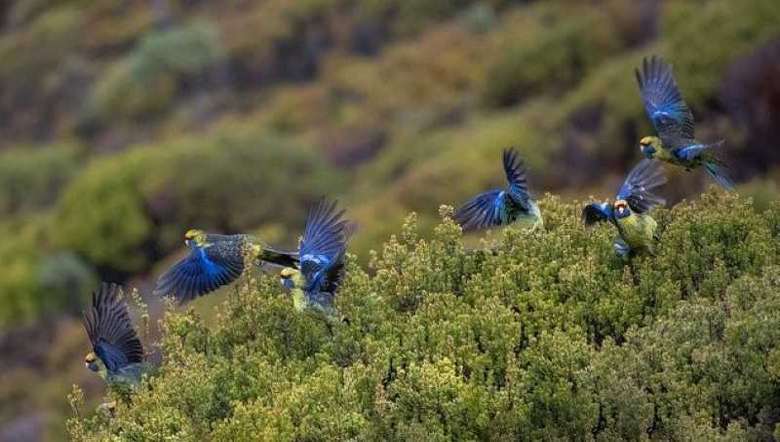 THE WORLD is faced with multifarious challenges in conservation of wildlife but still trying to protect the critical species and eco-regions for last many decades. The 67th Wildlife Week is celebrated across India on October 2-8 since 1957 with an aim to create general awakening of the people to protect and preserve the flora and fauna of the country and to take some critical steps.

The role played by wildlife in maintaining the ecological balance of nature is undeniable. Any harm to the wilderness can pose a threat to the entire pristine ecosystem of a region.

Wildlife has an intrinsic value and contribute to the ecological, genetic, social, economic, scientific, educational, cultural, recreational and aesthetic aspects of the inextricable human well-being.

A symbiotic relationship exists between the forest, forest-dwelling wildlife species, ecosystem services and people, especially the indigenous people who manage around 28 per cent of the forest land, making the goal of wildlife week relevant and significant. These spaces are not only resources to their economic and personal well-being, but also to their cultural identities.

Also Read: How Gandhian principles on environment conservation issues are …

Wildlife week celebration is an opportunity to many beautiful and varied forms of wild fauna and flora and to raise awareness of the multitude of benefits that their conservation provides to mankind. It also reminds us of the urgent need to step up the fight against wildlife crime, the biggest crime above drugs and weaponry and human-induced reduction of species, which have wide-ranging economic, environmental and social impacts on halting biodiversity loss.

But the rich and fascinating wildlife brings with itself several threats as well. We are not unaware of the potential harms caused to this wildlife from various reasons. It is thus necessary to play a part with such wildlife week initiatives.

To make the wildlife saving plans successful, the country has 981-Protected areas including 104 National parks, 566 Wildlife sanctuaries, 32 Elephant reserves, 52 Tiger Reserves, 97 Conservation reserves and 214 Community reserves covering 1,71,921 sq km which is 5.03 per cent of geographical area. Wildlife preservation is also a plan to manage wildlife alongside with the human progress and both of which are indispensable.

It is the need of the hour to be aware about the causes threatening the staggering wildlife that inhabit on this planet. It is also necessary to understand that humans are not the only species that have the right to live on this earth and her resources. With rapid urbanization, decreasing forest covers, irregular seasonal changes and forest fires, wildlife is threatened like never before with different plaguing to our cohabitants such as man-wildlife conflict. It is believed that education is the way to mitigating man-wildlife conflict and thus capacity building can help in addressing this issue. It also teaches people how to efficiently cope during an encounter with a wild animal and tactics of avoidance behavior, especially for those who reside in close proximity to forests.

It’s better to know that these wild animals are more terrified of us than we are of them, and most accidents involve a panicked or over-eager individual provoking an already distressed animal.

Forests, forest species and the livelihoods that depend on them currently find themselves at the crossroads of the multiple planetary crises that we are facing from the climate change to the biodiversity loss and the health, social and economic impacts of the COVID-19 pandemic etc.

It is also important to recognise more significant conservation issues that affect the overall biodiversity of our country. The success of it could not be possible without the strong support from local communities, collaboration with the government, and various conservation partners. Over the years, these collective efforts have resulted in a remarkable increase in protecting many priority species and their critical habitats.

Students are the most important aspects of understanding the means and purposes of the celebrating the wildlife week. In this way, we would be able to change the entire human mind towards wildlife conservation on this weeklong celebration.

Also Read: How the world today can protect food and ecosystem

A trip with students can easily get themselves learning about the wild life conservation and maintenance including the important aspects of the wild life in their own life. They deserve for a future where the humans live in harmony with wildlife that shares the planet with us. They also should understand that wildlife is the most beautiful gift of God which needs to be preserved and honored.

Over the past few years, though we have the never ending challenges from population explosion, deforestation, climate change, pollution, and habitat lost etc, a considerable change has been noticed. There have been more and more calls from different sectors asking for help in rescuing and relocating the wild animals. It is important to note that the mindset has gradually moved from “find and kill” to “rescue and release”.

Thus, Jim Fowler once said, “The continued existence of wildlife and wilderness is important to the quality of life of humans.” and Paul Oxton also said, “It seems everything in nature that has beauty, also has a price. Let the value of our planet’s wildlife be to nature and nature alone.” But the present status of wildlife in Manipur is pitiful. In the hill districts, today also there is the tradition of hunting. Meats for many scheduled animals are sold without restrictions. Authorities are still issuing gun licenses which are mainly meant for hunting. Thousands of acres of wildlife habitats are deforested for poppy plantation and jhum cultivation. Thus, wild animals that were once found abundantly have now become almost negligible and the few remaining also have started to enter human habitations. Now the state is faced with innumerous impacts of climate change with scanty rainfall, insects in the fields, pollution and rising temperature, etc.

Future of wildlife conservation depends on the action and values of people. Local authorities and governments are in the best position to reach out to citizens and involve, enable and inspire local stakeholders. Cultural diversity and wild life exist hand in hand. By facilitating a deeper bond between environment and mankind, the world’s wildlife can be preserved for the future. Therefore with coming of the Wildlife Week- 2021, let’s not harm wildlife and before that, please think twice for an earth without wildlife.