Gandhiji’s entire life and work is an environmental legacy for all humanity. 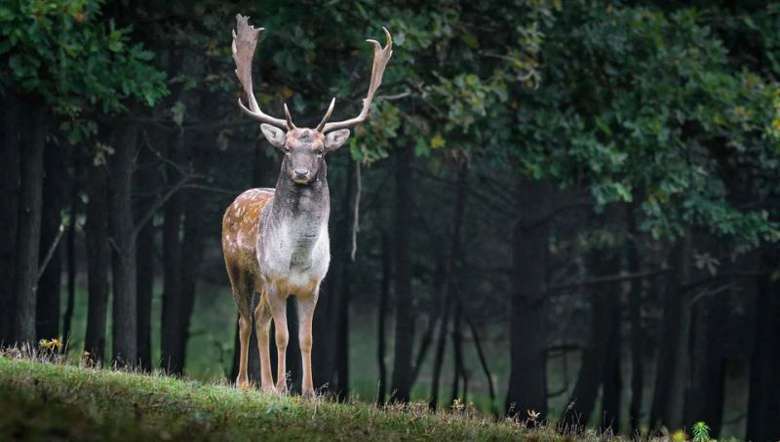 Wildlife Week is celebrated all over the country in the first week of October beginning on the birth anniversary of Mahatma Gandhi, the father of the nation. Mahatma Gandhi is remembered for his unforgettable contributions to the struggle for freedom, doctrine of non-violence, vegetarianism, his inspiration to future environmentalists, sympathy to other creatures, honesty and sincerity, among others. In fact, Gandhi is now considered as one of the earliest environmentalists and especially since the onset of Chipko Movement in the Garhwal Himalayan region. His simple living and high thinking, apart from the principles he sets forth in his ashrams, speaks volumes of his adherence to the principles of living with nature. In India, the major movements to protect the environment such as the Chipko movement and Narmada Bachao Andolan derived inspiration from Gandhian ideologies. All the international conferences such as the Stockholm Conference of 1972 or the Rio Earth Summit of 1992 were convened much later than the concerns raised by Gandhi about the environment and its effects. The concern of Gandhi about the environment, urbanization and mechanization was evident in his speeches, writings and his messages to the workers. It is suitable to note that he was the world's early environmentalist in vision and practice.

“The Earth provides enough to satisfy every man’s needs, but not every man’s greed.” This famous statement of MK Gandhi had an influence on the introduction of sustainable development and it also depicts his concern for nature and environment. Gandhi’s life and works have been continuous sources of inspiration to different environmental movements. Certainly, we can say that Gandhi’s ideas and views influenced the later environmental thinking, practice and also created the momentum for further non-violence environmental movements. Gandhi had warned the world, much before any modern day environmentalist, about the problems of large-scale industrialisation, which we are challenging today. Gandhi visualised that mechanisation will not only lead to industrialisation, to massive urbanisation, to unemployment, but will also lead to the destruction of the environment. His seminal work, Hind Swaraj, written a hundred years ago in 1909, warned of the dangers the world is facing today in the form of environmental destruction and the threats to the planet. The Gandhian idea becomes more relevant when sustainable growth and development is to be achieved because he emphasised on production by the masses instead of mass production.

As a matter of historical record, Gandhi was acutely aware of environmental pollution and of its consequences to human health. He was especially concerned about the appalling working conditions in industry, with workers forced to inhale contaminated, toxic air. He expressed those concerns in Indian Opinion on May 5, 1906: The Gandhian idea of non-violence, if adopted at various levels from international politics to local levels, can be useful to reduce carbon footprints caused due to wars and production of missiles. He had emphasised the importance of natural resources and its conservation. This has a direct bearing on the man-and-environment relationship. The importance of Gandhian philosophy is well-felt in the present period in which the lifestyle of human beings has been developed in a direction of high consumerism and generation of waste.

His concept of non-violence thus encompassed all living beings and embodied the eternal values of life in his thoughts and actions. He insisted on the eternal sacredness of life that included a tree, plant or a cow. Reportedly, the English historian Edward Thomson once remarked to Gandhi that wildlife was rapidly declining in India, to which Gandhi replied with sarcasm, “Wildlife is decreasing in the jungles, but increasing in the towns.” According to him, the reckless and limitless pursuit of industrialisation by all nations has posed serious problems for the very existence of not only man but also for all living creatures and all kinds of species on our planet.

The concept of Sarvodaya is also similar to that of sustainable development and forms a part of environmental ethics. Gandhi's vision of Sarvodaya implies a healthy development and environment that can be evolved by man to ensure his harmonious existence with nature and other living beings. What he preached and practiced corresponds to what we today call eco-friendly measures and living in harmony with nature. Several decades before the rise of environmental movements, Gandhi picked up fundamental environmental issues like over-consumption, violence to man and nature and so on. There are several movements in different parts of the globe fighting against environmental injustice. Some of them are violent in nature, but in India, environmental movements have been forged by Gandhian traditions of non-cooperation and non-violence. The village romanticism of Gandhi has been considered as central to his environmental philosophy. However, going back to the thoughts of Gandhi is essential to build up a green future, where there is no place for human greed. His faith in non-violence and vegetarianism made him a votary of conservation of all diversity including all forms of life, societies, cultures, religions, traditions, etc. His argument for conservation of biodiversity was indeed simple; since a “human being has no power to create life, he has, therefore no right to destroy life”.

Gandhiji’s entire life and work is an environmental legacy for all humanity. This was not because he wrote a big treatise on the environment, or led a movement to stall a dam or some industry, or clean a river, or whatever. This was because he was a practitioner of sustainable development in the real sense of the word. His strength came to him on account of his spirituality and practice of non-violence and truth. Taken in a wider sense, these are the very critical elements for the success of sustainable development. In brief, his whole life was his message and a lesson on environment and development for Indians and the world at large to follow. Gandhiji’s environmentalism amounts to being pro-nature, pro-poor, pro-women and pro-job generation. He combined social, economic, environmental, equity and ethical imperatives for obtaining political independence and economic salvation through rural development for the teeming millions of India.

To commemorate his birth anniversary, let us all take a pledge to create a green and environmentally sustainable country by adopting Gandhian ways of life and principles of non-violence, vegetarianism, sympathy to other creatures, honesty, sincerity etc. Let our wildlife be the symbol of sustainability.

Member, State Board for Wildlife