How the world today can protect food and ecosystem

The urgent need to build a greener and healthy environment is felt even stronger now as the ozone layer depletion is posing a challenge to our human food security apart from its other harmful impacts on life on earth. 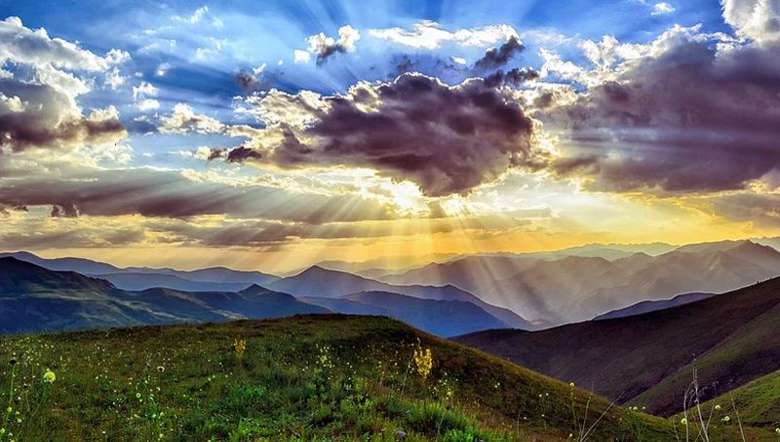 People living in the higher altitude or in the hilly region of Northeast India, including Manipur, and nearer to the geographical tropic are said to be more vulnerable to the harmful effects of ozone layer depletion.

Now, it may be mentioned that as September dawns, people in Manipur celebrate the Langban Heitha-Leithaba or Tarpan Utsav as a cultural legacy by offering floral tribute and victuals to the departed forefathers. It is a 15-day celebration.

During this Tarpan utsav, if we could plant at least one seedling for each of the departed souls, then it would be the greatest offering. It would help create a greener place and the departed souls would also be happier because their descendants would be living in a healthy environment and better economy.

The urgent need to build a greener and healthy environment is felt even stronger now as the ozone layer depletion is posing a challenge to our human food security apart from its other harmful impacts on life on earth.

Ozone layer depletion has adverse impacts on agriculture, forestry and natural ecosystems. It can affect the important food crops by adversely affecting Cyanobacteria which helps them to absorb and utilize nitrogen properly. World's major crop species such as wheat, rice, barley, oats, corn, soybeans, peas, tomatoes and almost all staple and cash crops are particularly vulnerable to increase in UV radiation, resulting in reduced growth, size, photosynthesis and flowering time. Small changes in leaf size may increase the ability of weeds to grow around some crops. Small changes in pollination time, resistance to insects or disease, or in the length of the growing season, could cause large changes in yield. The most likely thing to happen will be a change in the relative population of various unwanted species (Runeckles and Krupa, 1994). It is really a challenge to our human food security.

Phytoplankton, the tiny photosynthesizing sea plants which provide 70 percent of all the oxygen available on the earth, are genetically damaged by UV-B rays. Coral Reefs that mankind termed them as the tropical forest of the ocean are also most affected by ozone layer depletion. Due to the increase in UV-ray, our global biodiversity as a whole is intensively damaged thereby affecting all life forms.

UV-rays overexposure may cause eye and skin cancers to animals also. But animals with fur are somewhat saved from UV-radiation. Species of marine animals in their developmental stage e.g. young fish, shrimp larvae and crab larvae are also widely threatened in recent years by the increased UV radiation under the Antarctic ozone hole.

Materials such as wood, plastic, rubber, fabrics, paints and many other construction materials are degraded by UV radiation. The economic impact of ozone depletion on replacing and protecting materials could be significant. It is an undisputed fact that if we stop use and the production of CFCs right now, then also, its problem will persist on earth for the next 100 years.

Amid the search for possible solutions to the devastating impacts of ozone layer depletion, the Vienna Convention for protection of the ozone layer is considered the most successful of all the UN agreements so far.

This September 16 was the 36th World Ozone Day with the theme, "Montreal Protocol - Keeping us, our food and vaccines cool". It is celebrated to create awareness about the ozone layer depletion and the search for possible solutions to fix the holes in the planet’s ozone layer amidst the COVID-19 pandemic. The Montreal Protocol made in 1987 was designed to stop the production and import of ozone depleting substances and reduce the concentration in the atmosphere to protect the ozone layer.

Under the Convention’s Montreal Protocol, governments, scientists and industry cooperates have so far replaced 99 per cent of these gases. Thus the ozone layer is now healing and safeguarding the ecosystem services. One of the good news or as an after effect from COVID-19 is the Antarctic ozone hole - one of the deepest, largest gaps in the ozone layer in the last 40 years - was almost closed, according World Meteorological Organization reported on January 6, 2021.

But, the work is not yet over.  Through the Protocol’s Kigali Amendment, the international community is finding the alternatives for coolants that will contribute to the growing menace of climate disruption to prevent 0.4°C of global warming. It is imperative to tackle climate change, protecting the natural ecosystems and forging a brighter and more equitable planet for humanity.

Due to ozone layer depletion, many unpredicted dreaded challenges are facing all biotic forms on the planet. At an average, in 10 millions of air molecules, there is about two millions oxygen and only three molecules are of ozone (O3). Though very small in quantity, it plays a vital role in our atmosphere.

Ozone also occurs at the ground level which is injurious to health but more important is the stratospheric ozone. Earth’s atmosphere is divided into several layers. The lower region, known as the troposphere, extends up to 10 km from the surface. Virtually, all the human activities occur in this region. The next layer is the stratosphere extending from 10 Km to 50 km. About 90% of the earth’s ozone is found in this region with maximum concentration occurring at the height of about 23.5 Km.  Ozone at this region is formed when oxygen molecules absorb ultraviolet photons from Sunlight and undergo photolysis. These ozone molecules absorb ultraviolet rays (UV-B) of wavelength 310-280 nm, the most harmful radiation thereby preventing it from entering into the Earth’s surface.

The cause of stratospheric ozone depletion is due to the increase in the level of free radicals of hydroxyl, nitrous oxides and other halocarbons. Chlorofluorocarbons, CFCs used for refrigeration, air-conditioning, and foam blowing agents, cleaning of the electronic components and as solvent cause 80 per cent ozone layer depletion. When CFCs break down, free chlorine atoms are released. These chlorine atoms are so reactive that a single chlorine atom can destroy as many as 1 million ozone molecules. With this process, the ozone layer in the stratosphere is depleting day by day.

Ozone layer acts as a blanket by absorbing these harmful UV-rays from the Sun and they do not allow most of them to reach the earth’s surface. Exposure to higher amounts of UV radiation could have serious impacts on humans, animals and plants. The challenges to human health include skin cancers, sunburns, premature aging of the skin, cataracts and other eye diseases and weak immune system. Experts say, if not check the problem of ozone layer depletion, 20% of the world population may suffer from skin cancer in the next 50 years. Cataracts cause 50% of the 17 million cases of blindness in the world. A sustained 10% thinning of the ozone layer is expected to result in almost two million new cases of cataract every year. Ozone layer depletion and weakness in immune suppression in all the biotic forms is a hot topic of the present day.

Therefore, during this Tarpan Utsav, every one of us needs to take care of our environment so that we can hand over a clean and beautiful environment to our future generation.