No more beating about the bush

IFP Editorial: NSCN (I-M) seems to be fed up with beating around the bush and political manoeuvring and has resorted to direct action. 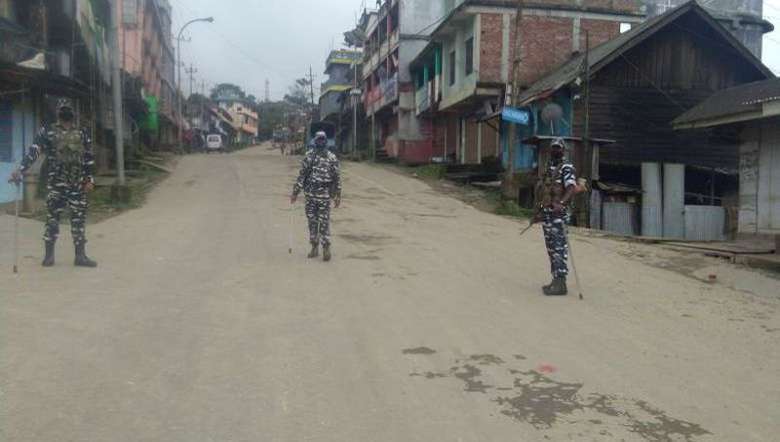 Although Chief Minister N Biren Singh had already admitted security lapses, there is something more than which meets the eye in the brutal killing of Zeliangrong leader and politician Athuan Abonmai, which needs to be dissected to the molecular level. As we said before, political parties or bosses besides NSCN (I-M) are upping the ante with an eye on the 2022 March assembly elections and the target this time is the uneasy relation between the hill and valley. The recent move by Hill Areas Committee of the Manipur State Assembly in proposing an amendment of the Autonomous District Councils Act is one such move on the geopolitical chessboard which reeks of the demands for separate homelands and alternative arrangement orchestrated by NSCN (I-M) some time ago. As the state government sought more time to examine the proposed amendment of the ADC bill giving wide ranging powers to the autonomous district councils, HAC chairman K Leishiyo of NPF and members went ahead by placing the bill in the public domain by calling a press conference.

The Tribal Affairs and Hills Minister Vungzagin Valte had assured in the assembly that he will place the Manipur (Hill Areas) Autonomous District Councils Bill, 2021 before the state cabinet and appealed to the state tribal communities to have faith in the due process of law and the present BJP-led government, though unconvincingly. Besides Minister Valte, Chief Minister N Biren Singh had also requested for sufficient time for its detailed examination and review as the proposed ADC Bill 2021 is a complex matter which requires clarification from relevant departments. Not only it requires a detailed examination, the proposed bill encroaches upon the Union list. So, it naturally needs vetting by the Union government. There is also the fact that a law passed by Parliament cannot be amended or repealed by any other authority other than Parliament.

Yet, the hill-based CSOs and politicians are unrelenting in their push for more powers to the ADCs. The recent move to appoint nine MLAs representing valley constituencies having hill areas to the Hill Areas Committee was a move ill-advised. It boomeranged and was subsequently withdrawn, but the damage had already been done. However, as much as ATSUM and other hill based organisations besides HAC members swear that the proposed bill is aimed at equitable development of both hill and valley, they are strangely silent on the issue of NSCN (I-M) threat to RTI activists seeking details of utilisation of funds under the various Autonomous District Councils.

Coming back to the killing of Athuan Abonmai, we must not be satisfied with the explanation of silencing of a champion of Manipur’s territorial integrity or hill-valley unity. Even as the hill-valley divide has been played up in view of the ensuing state assembly elections, the chief minister went ahead with his Go to Hills 2.0 mission albeit with some resistance. It was successfully held in Churachandpur and Chakpikarong, but it was put to a halt at Senapati. Next was at Tamenglong. Man is a political animal, but not all thinks in terms of politics vis-à-vis welfare activities and development. Although there were some protests to the mission, many chose to support the renewed initiative of Go to Hills. That is why, the detractors chose to make an example of it by killing Athuan Abonmai. Now is the time to identify the supporters and opposers of the mission and those who are hell-bent on pushing for the amended ADC Bill. It is all linked. But, there is something in the act of killing Athuan. NSCN (I-M) seems to be fed up with beating around the bush and political manoeuvring and has resorted to direct action. As the chief minister said, a full-scale investigation by NIA might be required to unearth the unholy nexus between politicians and the underground.

Meanwhile, the state may require the services of Security Advisor who is not burdened with day-to-day functioning of the police department or perhaps a dedicated unit to exclusively deal with underground activities to process both intelligence inputs and political ramifications.