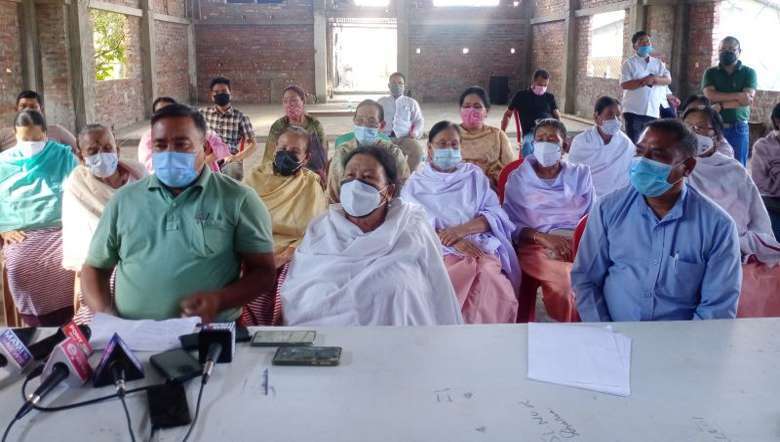 As many as 15 valley based civil bodies in Manipur on Friday decided to support the JAC demand for justice against the brutal killing of Athuan Abonmai.

Speaking to the media on Friday at the office of AMSU in Imphal, president in-charge of AMKIL L Nganbi said abduction of Abonmai from a high security zone, where the chief minister is attending a function is a big 'shame' to the state government.

When the security forces cannot safeguard a citizen against a crime happening in front of their eyes, what is the need and meaning of development, she questioned.

Such an attack by a suspected UG group against Abonmai, who worked and stood for the unity of Manipur is clearly an act against the integrity of the state, said president of NIPCO, Th Manihar who also attended the press briefing.

Moreover there is a big conspiracy behind the killing of Abonmai as he was not only a leader of Zeliangrong community but also a politician who had prepared to fight in the upcoming Assembly election, he added.

He further said that suspending low ranking police personnel in connection with the case is not suitable.

Those police personnel are just discharging their duties as instructed by higher authorities, he said, adding there is need of inquiry against high ranking officials such as the SP and DC of Tamenglong.

As a result, handing over the murder case of Abonmai to an independent agency such as NIA is the need of the hour to track down all culprits involved in the case, he added.

The civil bodies also extended their deep condolences to the family members of late Abonmai and have decided to support the JAC until justice is served.