Manipur Chief Minister N Biren Singh on Tuesday said that a sub-committee has been formed for successful implementation of Oil Palm Project in the state. 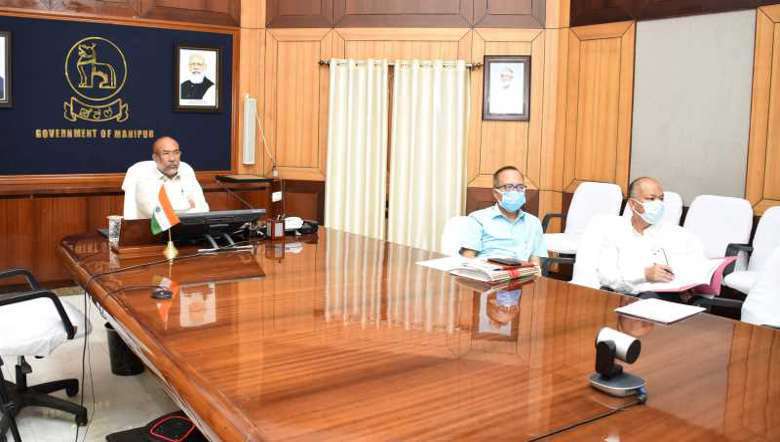 Manipur Chief Minister N Biren Singh on Tuesday said that the state government had constituted a Sub-Committee, Oil Palm Manipur, to ensure successful implementation of the Oil Palm Project under the National Mission on Oilseeds and Oil palm (NMOOP). He said that identification and acquisition of 30 hectare land for raising of Oil Palm nursery in Jiribam was in progress and likely to be finalised soon.

"To test the suitability and economic viability of the crop, adaptive trials of 0.25 hectare had been conducted in 22 different locations," Biren said, addressing a virtual conference with Union Agriculture and Farmers Welfare Minister Narendra Singh Tomar with chief ministers of states on initiatives and schemes for farmers’ welfare.

The objectives of the conference were to highlight salient features of Atmanirbhar Krishi for Atmanirbhar Bharat strategy and role of states, setting up of dedicated state teams with strong leadership to implement national programmes with state’s specific inputs, enabling states to enhance farmers’ incomes and state GDP and knowledge sharing amongst states and centre of new and innovative initiatives and develop a spirit of collaboration, the Agriculture Ministry said.

N Biren thanked the ministry for all the support extended to the state. He said that the state government had been putting in all possible efforts in the past few years to ensure the effective implementation of flagship schemes in the state for the welfare of the farming community.

Regarding the Agriculture Infrastructure Fund (AIF), he extended a proposal that if the fund could be made available to the state, then it would be easier to uplift the agricultural entrepreneurs as the state government had started providing loans to Start-ups on agriculture.

Biren also informed that only one agro entrepreneur from the state had applied for the scheme so far as applicants had to apply directly to the Central Government and many were not aware of the application procedure. He also stressed the need of technical and financial support from the Central Government in successful implementation of schemes taken up for the welfare of farmers.

Speaking on the Pradhan Mantri Kihan Samman Nidhi (PM-Kisan) and saturation of Kisan Credit Card (KCC), he said that the total beneficiaries under the scheme in the State was 6,04,300 and a total of 30,284 KCCs had been issued. He further added that a proposal for matching 8,179 PM-Kisan beneficiaries had been sent to the bank concerned for grant of KCC loan. On the National Farmers Database with connectivity to state land records database, he informed that digitization of land records in the state was in good progress and also placed the status of computerisation for certain districts.