The ATSUM, the ANSAM and the KSO general headquarters and all federating units of ATSUM held an emergency meeting on Monday in Imphal. 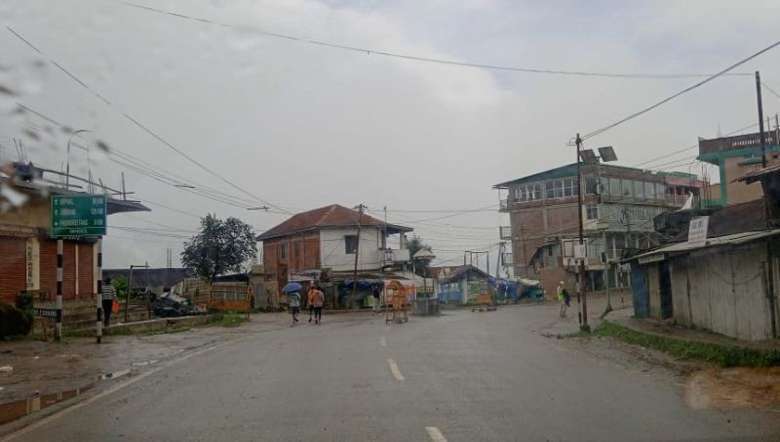 Several tribal groups in Manipur have strongly condemned the induction of nine MLAs from the valley in the Hill Areas Committee (HAC) and denounced it. Saying that the government’s action is in violation of the constitutional rights of the hill people under Article 371 (C), they announced “non-cooperation” to the state government.

During an emergency meeting held on Monday at the ATSUM office at Adimjati Complex, Imphal, the ATSUM, the ANSAM and the KSO general headquarters and all federating units of ATSUM deliberated on the prevailing socio-political situation of the state arising out of the Manipur Legislative Assembly Speaker orders issued for induction of eight MLAs “from the assembly constituencies of unscheduled areas” vide orders No.5/11(2)/2021-LA(Secy) on September 1.

The meeting, chaired by ATSUM president Paotinthang Lupheng, appreciated the stand adopted by the Hill Areas Committee (HAC), wherein the speaker's orders were termed “unconstitutional” and for demanding to rescind the said orders.

Various resolutions were adopted in the meeting after considering the views and observations of all the members which included demand for convening a Special Manipur Legislative Session to discuss the Manipur (Hill Areas) Autonomous District Councils, Bill 2021 recommended by the HAC.

The civil groups strongly opposed the alleged "biased design" of governance administered towards the tribal populace in the form of sidelining the Manipur (Hill Areas) Autonomous District Councils, Bill 2021, recommended by HAC and induction of eight MLAs of assembly constituencies from “the unscheduled areas” as members of HAC.

It also resolved to boycott the state government's, Go to Hills 2.0 and undertake intense forms of agitations if the orders of the speaker, Manipur Legislative Assembly for induction of the new MLAs of the assembly constituencies from unscheduled areas as members of HAC vide Orders No.5/11(2)/2021 LA-(Secy.) dated September 1, 2021 is not revoked or rescinded within September 9.

Announcing a “non-cooperation” movement against the Biren-led government for its series of alleged “anti-tribal policies”, the TKS pointed out in a release that the real threat to tribal existence, identity, land and culture is the state government itself. It warned of an all-out civil movement for a separate statehood of the hills if the situation compels.

The TKS release was issued by its president Shimri Raising and general secretary Yuimi Vashum.

The student body stated that it is also aware of “the aggressive territorial pursuit of the state government, targeting the Hill Areas through legislative fraud such as the Manipur International University Act, 2021 and now the newly introduced Manipur Agricultural Produce and Livestock Marketing (Promotion and Facilitation) Bill, 2021,” it added.

There is no government Khas land in the Hill Areas of Manipur, it stated, adding that the ownership of land situated in the hill villages of Manipur vests in the villagers themselves.

The student body demanded immediate revocation of the impugned Order No. 5/11/(2)/2021-LA(Secy) dated September 1, 2021 issued by the speaker and timely tabling of the proposed Manipur (Hill Areas)  Autonomous District Councils Bill, 2021 as provided under paragraph two of the Third Schedule to the Manipur Legislative Assembly (Hill Areas Committee) Order, 1972 and Rule 12A of the Rules of Business of the Government of Manipur, 1972.

Meanwhile, the Tangkhul Naga Wungnao Long (TNWL), Ukhrul also demanded to revoke the induction of nine new MLAs to the Hill Areas Committee (HAC), while threatening to boycott any activities related with the government of Manipur unless the demand is fulfilled.

It stated that the induction of nine new MLAs from the valley to the Hill Areas Committee (HAC) is not only violating the constitutional rights of the Hill Areas under Article 371 (c).

Questioning on what basis the valley MLAs are to be inducted in the committee when they are not a party to it, it stated that the organisation will not remain silent as the matter concerns the legitimate rights of the Hill people. Such politics is bound to have disastrous impact in the valley and hill areas relations, it added.

In Churachandpur, locals led by student bodies in the district on Monday welcomed Chief Minister N Biren Singh with black flags and banners as he visited Churachandpur to launch ‘Go to Village Mission 2.0’. The people expressed their resentment and non-cooperation stance against the alleged government's indifferent attitude towards the tribals. The student bodies have on Sunday declared “non-cooperation” movement against the Manipur government until the Hill Areas Committee (HAC) ADC Bill 2021 is passed and the order issued “to include nine valley MLAs in the Hill Areas Committee” by the Manipur Legislative Assembly speaker is revoked.