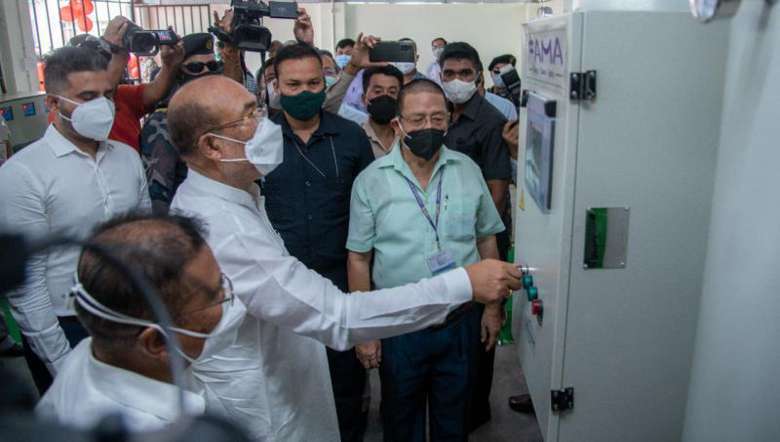 Inaugurating the PSA plant, CM Biren expressed hope that the PSA oxygen plant will further strengthen the oxygen producing capacity in the state.

On Monday, the chief minister had said that another 5,000 LPM PSA Oxygen plant under PM CARES Fund would be installed in Chandel district soon.

It may be mentioned that the 15th Finance Commission had sanctioned for the installation of eight PSA oxygen plants in the state i.e. two PSA plants at JNIMS, Imphal and one each at Chandel, Ukhrul, Senapati, Tamenglong, Churachandpur and Kangpokpi district. Of the eight PSA plants, the ones at Tamenglong, Churachandpur and Kangpokpi are yet to be inaugurated.