Manipur Chief Minister Biren Singh announced that each of the PSA plants inaugurated at Chandel, Senapati and Ukhrul districts would produce 1,000 litres of oxygen per minute (LPM). 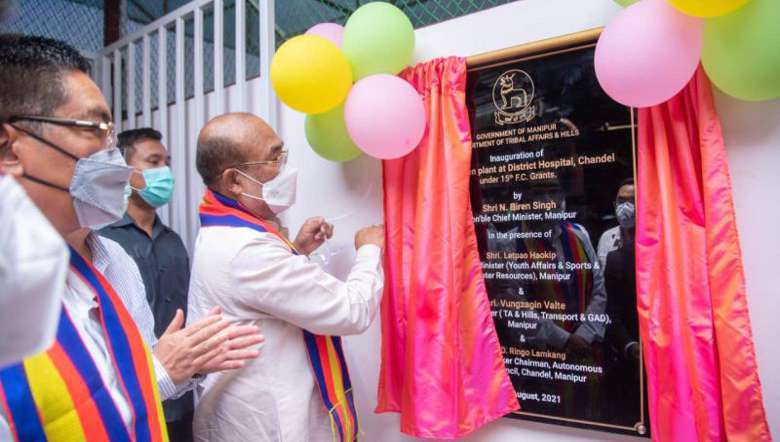 At Chandel district hospital, N Biren said that the government is working tirelessly for the welfare of the people and to save precious lives during this pandemic. Mentioning that the government would install Oxygen plants in all the districts of the state, he announced that each of the PSA plants inaugurated at Chandel, Senapati and Ukhrul districts would produce 1,000 litres of oxygen per minute (LPM). Around 200 D-type oxygen cylinders could be refilled daily at each PSA plant, he said. He further said that another 5,000 LPM PSA Oxygen plant under PM CARES Fund would be installed in Chandel district very soon.

Informing that there has been infrastructural and inclusive development in the state under the present government, he assured the people of Chandel that all the required medical infrastructure and equipment such as CT scan machine etc. would be procured and installed in the district hospital soon. 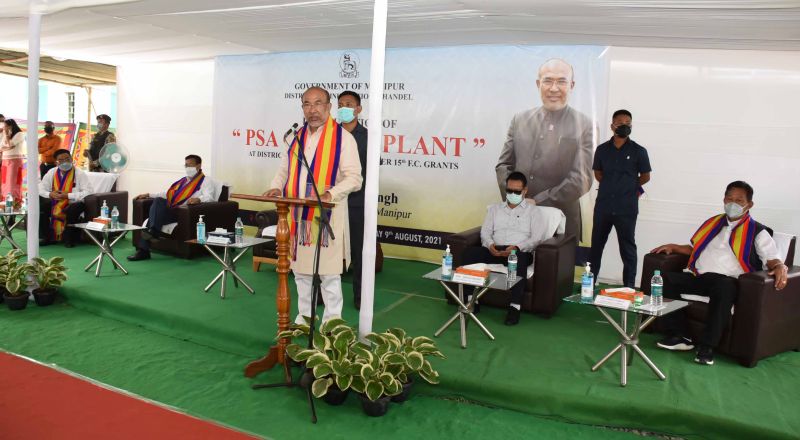 Concerning the Covid situation in the state, he urged people to overcome the vaccine hesitancy and asked all eligible persons to get vaccinated as soon as possible to protect themselves from COVID-19. He maintained that early detection and timely treatment will save precious lives from the dreaded disease. He further said that people should not believe in myths, rumours and misinformation about vaccination and the disease.

According to various studies, vaccinated people are less likely to be hospitalized compared to unvaccinated people, he said while maintaining that out of around 19 lakh eligible persons for COVID-19 vaccination in the state, more than 13 lakh people have been vaccinated so far. He urged the local leaders, civil bodies, local clubs and village heads to organise mass vaccination drives at grassroots level. The government has a target to achieve 100 percent vaccination of eligible persons by September 2021, he added.

He informed the people of Chandel district that Prime Minister Narendra Modi had congratulated them as the district has topped the list of ‘Aspirational Districts’ in the country.

Later, the chief minister went to Ukhrul and Senapati to dedicate the PSA Oxygen plants to the public. In a chopper, he was accompanied by minister for Education S Rajen Singh, minister for Tribal Affairs and Hills  Vungzagin Valte, principal secretary (Health) V Vumlunmang, director (TA and H) C Arthur Worchuiyo. 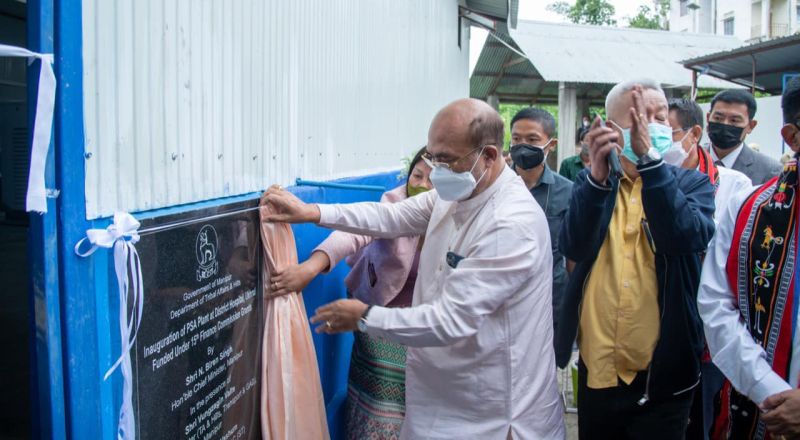 During his visit to Ukhrul district, he expressed his satisfaction to learn about the successful child delivery cases of five COVID-19 positive pregnant women in the district and also appreciated the doctors and nurses for their sincere service.  Maintaining that the current government had been putting in all possible efforts to bring inclusive development of the health sector in the state, he further informed that the State Cabinet had recently approved regularization of officials of National Health Mission considering their tireless contribution in providing healthcare services to the people for the last many years. 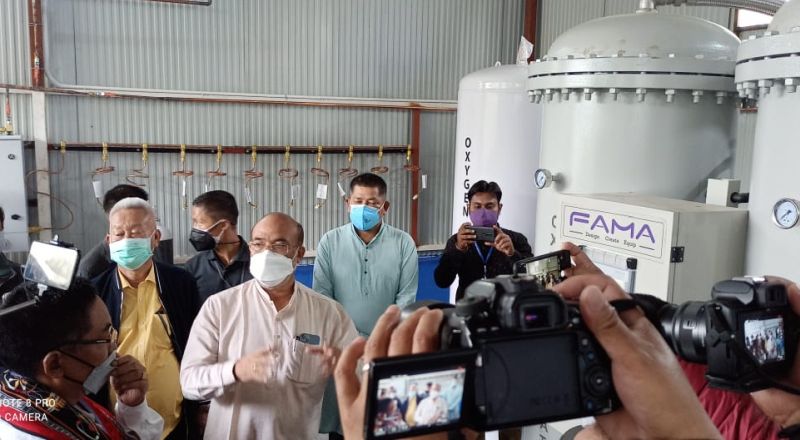 Informing that the State Cabinet had also decided to conduct recruitment of manpower for handling the oxygen plant district wise, he appealed to the eligible youth to take part in the recruitment so that the plants could be manned by the people of respective districts. He also instructed the concerned officials to provide 45 more oxygen cylinders to the Ukhrul district hospital to increase its number to 100 from earlier 55 cylinders. 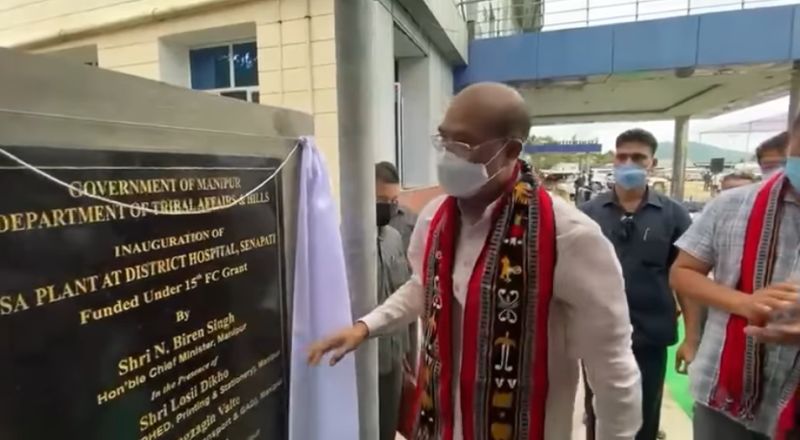 After inaugurating the oxygen plant at the Senapati district hospital, he said that the plant would have the capacity to refill 200 D-type cylinders every day. Another oxygen plant with a refilling capacity of 100 D-type cylinders would also come up in the district under PM CARES Fund, he added. Maintaining that the government had already initiated certain infrastructure development projects in different sectors in the district, he added that execution of such projects had been enabled only through the cooperation of its people and prevalence of peace in the district.

It may be mentioned that the 15th Finance Commission had sanctioned for the installation of eight PSA oxygen plants in the state i.e. two PSA plants at JNIMS, Imphal and one each at Chandel, Ukhrul, Senapati, Tamenglong, Churachandpur and Kangpokpi district. Of the eight PSA plants, the ones at Tamenglong, Churachandpur and Kangpokpi are yet to be inaugurated.