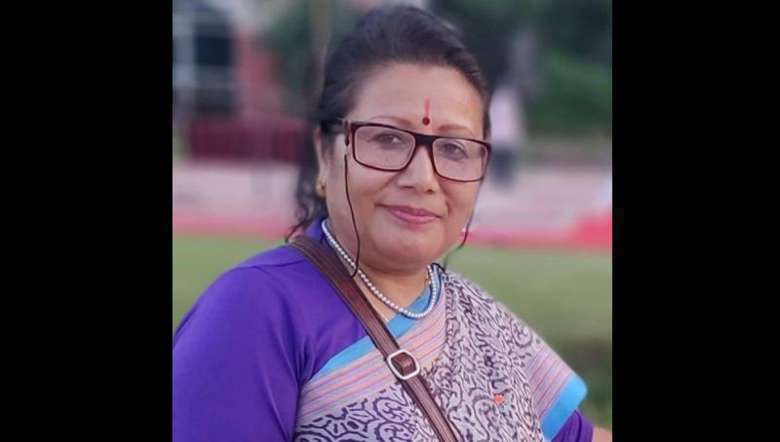 The Manipur BJP is fully prepared for the upcoming general assembly election and will giveappropriate responsibility to women members as per policy of the party, said state BJP president Adhikarimayum Sharda Devi.

The newly appointed BJP president was addressing the media during a press conference held at state BJP head office located at Nityaipat Chuthek, Imphal on Saturday.

BJP national general secretary (organisation), BL Santosh left Imphal on Saturday evening, she said, adding that the main objective of his three-day visit by BL Santosh is to monitor and speed up the COVID-19 vaccination under ‘Seva Hi Sangathan’.

During his visit he met sevral ministers and MLAs to get feedback for the present scenario, including vaccination in their respective assembly constituencies.

During the three-day visit by BJP national general secretary, a series of meetings were conducted with state party leaders and MLAs, and various agendas were discussed including strategies for the upcoming general assembly election, said Sharda.

She also appreciated Chief Minister N Biren, saying that under his initiatives the Inner Line Permit (ILP) system was implemented in the state. Moreover, Chief Minister-gi Hakshelgi Tengbang (CMHT) was also launched to assist the needy people in the state, she added.

Responding to the media, she said that BJP will be facing the coming general assembly election with alliance political parties like it is done in the central government. She also said that according to the party’s policy, appropriate responsibility will be given to the women members of the state BJP, which will be highlighted in the coming general election.