Briefing the media after her appointment as the president, Sharda said Manipur BJP will set a target to win above 40 seats in the upcoming assembly election in the state. 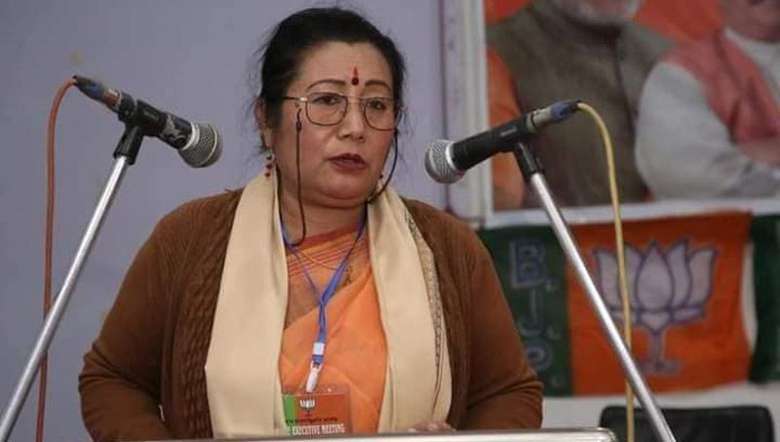 The newly appointed president of Manipur Bharatiya Janata Party (BJP) Adhikarimayum Sharda Devi said there is no other political party poised to empower women other than the BJP.

Sharda Devi made the statement at BJP office Nityaipat  Chuthek Imphal soon after the BJP national president appointed her as the state president on Saturday.

Briefing the media after her appointment as the president, Sharda said that the state BJP will set a target to win above 40 seats in the upcoming assembly election in the state.

Sharda Devi hails from Brahmapur New Thombuthong Adhikari Leirak under Yaiskul assembly constituency. A graduate in Home Science from Manipur University, Sharda enrolled as an active member of BJP in 1995 and she was elected as councillor in Imphal Municipal Council Ward No VIII.

She also worked as a member of BJP State Core Committee from 1998 -2003 and 2006 to 2016. She had also served as state BJP secretary administration, president of Yuva Morcha and spokesperson BJP Manipur.

She had also served as a national secretary, national vice president, national executive member of BJP, member of National Handloom Board, member of Women and Child among others.

The post of BJP Manipur Pradesh president has been lying vacant after the demise of former president S Tikendra Singh due to COVID-19 complications.