The People for Social Reform alleged that Binota has failed to recognise as a chairperson that the MSCW was established in 2006 for the welfare of the women. 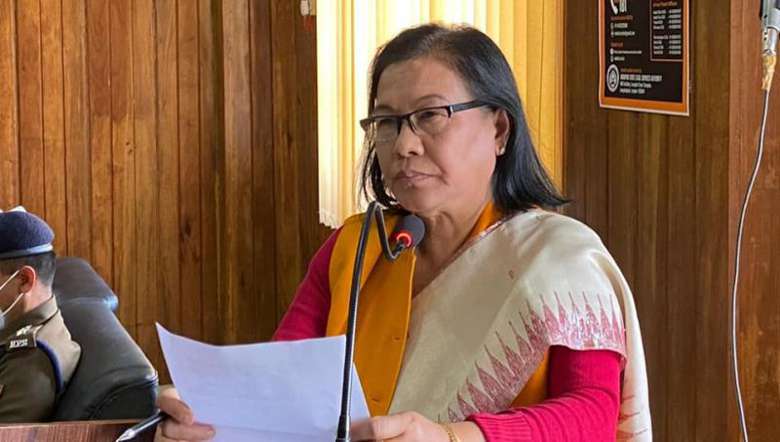 Alleging the chairperson of Manipur State Commission for Women (MSCW) Binota Meinam of being incompetent, the People for Social Reform (PSR) on Thursday demanded for her immediate removal from her post as chairman.

Binota Meinam’s actions are highly condemnable as the power and functions of MSCW were misused in several instances for her own and vested interest organisations by undermining the rights of the women of the state, PSR stated in a release.

PSR alleged that Binota has failed to recognise as a chairperson that the MSCW was established in 2006 for the welfare of the women. Unfortunately, Binota acted against the welfare of the women and as result, the High Court has suspended the case proceeding of the MSCW Case No. 41 of 2021 which gives a clear picture that she is in not a capable chairperson, it stated. Her urgent removal by the state government is in need as per the Manipur State Commission for Women, Act 2006, PSR stated.

PSR cannot deny the fact that Binota also failed to recognise that the women of Manipur have been struggling from various forms of violence and oppression throughout the history. They have been struggling since time of seven years’ devastation, British colonialism and post merger to Indian Union as the Armed Forces (Special Powers) Act, 1958 took the lives of thousands of husband, sons and fathers, and also raped hundreds of women by the Indian armed forces in the name of counter insurgency which is considered as war crime, it stated.

PSR appealed to the chief minister to immediately remove such “incompetent” chairperson of the MSCW as per the Manipur State Commission for Women, Act, 2006 in the best interest of the women of Manipur.