What happens when there are Cognizable as well as Non-Cognizable offences committed? Can Police file FIR without Enquiry? Know all about it. 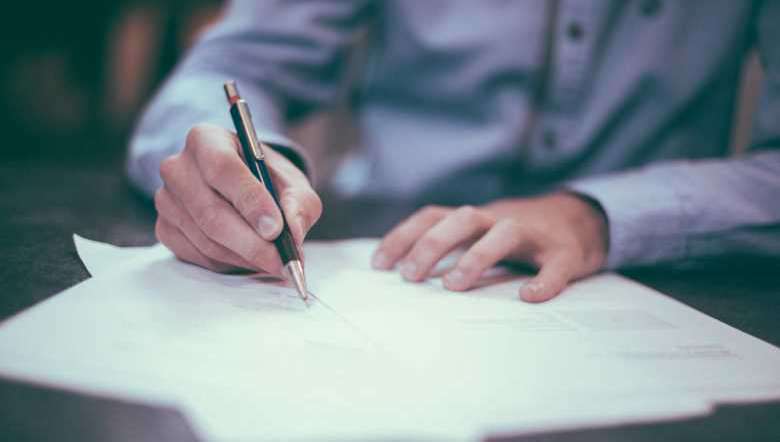 1. What happens when there are Cognizable as well as Non-Cognizable offences committed?

2. Can Police file FIR without Enquiry?

The Section 154 of CrPC pertaining to FIR does not mention anything about an enquiry. Usually, if the information is about a cognizable offence, the police has no option but to register an FIR.

There is no legal provision for conducting an enquiry before filing of an FIR. However, if the Police feel that the allegations in the FIR need to be verified, they may conduct preliminary enquiry (PE). The conduct of such PE is not permitted, but if essential it must not last for more than 15 days as per directions of the Supreme Court of India.

When a PE is to be conducted, a GD Entry must be made a copy of the GDE should be furnished to the informant. This would help the informant to follow-up the matter with the police later. If during the PE the allegations are not substantiated, the police officer entrusted with the PE would be required to make a detailed GD entryabout his conclusions and the reasons for closing the PE and intimate the complainant accordingly and close the case.

Agencies like CBI, however, conduct fairly detailed Pes before converting the PEs into regular FIRs also called Regular Cases (RCs). This is sometimes done because the nature of cases handled by them are very complex it is sometimes essential to ascertain the cognizablity of the offences.

3. If there is an FIR, will it damage one’s career?

The general rule is“you are presumed to be innocent until proven guilty”. However, the effect of an FIR on a career would depend on the nature and severity of the crime and also whether it was committed before entering service or afterwards.

In most States in the country, there is inevitably a police verification (PV) conducted of a candidate who has been selected to a government job (and even private employment) before appointment letters are issued. Though there is a presumption of innocence, however, if one has been involved in a criminal act before entering service, it would make things difficult obtain a police clearance, even if it is a mere FIR and no judgement on the pronouncement of guilt has been made. Usually, the seeds of doubt are enough to cause harm to prospective employment avenues.

4. Whether Departmental Enquiry can be started based on FIR and Arrest?

The Supreme Court has held that departmental enquiry can be separated from the criminal proceedings. Therefore, there is nothing which prevents the Government from initiating departmental proceedings against a person after filing of an FIR also.

5. FIR and Effect on Career of Existing Employees:

If the FIR or police report(not only FIR but also Security for Keeping Good Behaviour) is related to a petty quarrel or a minor traffic accident, it may not affect one’s career.

However, if the case is related to moral turpitude, crime against society, crime against Nation, Rape, Murder, corruption etc.,can certainly affect one’s  career at least until one is cleared from the false case and given a clean chit. Usually in such cases, the person may be kept away from important assignments.

Further, in case of Govt or semi-Govt job,if a person has been arrested and in custody (whether police or judicial custody) for more than 48 hours or on the report from the concerned Police station about the facts and circumstances of the case leading to our arrest, theHead of the Department may put the government servant under suspension till his are cleared from the criminal case or in the Departmental Inquiry.

6.  Is police required to inform the outcome of investigation to complainant?

The answer is yes.

Whether the end result of the investigation is sending a case for prosecution or the police does not find any evidence against the suspect/accused, police is duty bound to inform the outcome to the informant/victim.The ‘police manuals’ usually make elaborate provisions in this regard.

Even when the police conducts a PE (as mentioned above), the result of the PE would have to be informed. Usually, in these cases, besides conveying the result to the informer, police could ask for additional evidence or information from the informer.

7. Can police close the FIR?

Police does not close the FIR. Either the higher court can quash the FIR or once the investigation is completed, the police files a report with the magistrate, which orders closure of investigation.

However, the police, while filing a report to the magistrate on certain offences/ crimes, can seek permission from magistrate to keep investigating other parts of the crime.

An FIR may not be a ground for refusal of a passport but it may just strengthen the case for denial of passport – the antecedents may become questionable.

Legally, there should not be a bar until the trial has been completed and guilt proven but an adverse police report – based on an FIR or even a GDE can cause problems.

Inquiries reveal that ‘pre-job’ PVs are almost mandatory for all Government jobs. In Nagaland, this aspect is conveniently by-passed and joining is accepted without PVRs.This step cannot be overlooked as we need to have a strong ‘filtering mechanism’ to ensure that persons with criminal records and antecedents do not enter the system. Basic police and antecedents verification is a mandatory exercise. In fact, in most parts of the country, after the selection, the appointment lettersare only issued after the police verification has been done. Without a PV, the joining is NOT allowed.

Queries with the UPSC indicate that if candidates have ‘adverse remarks’ in the PVRs, they are NOT allowed to join - joining being ‘kept in abeyance’ till the time the PV is ‘clear’. In such cases, once the police verification has been ‘cleared’, the candidate or selected person is usually given seniority from a back-date. The system is a bit unfair and perhaps, is against the principle of ‘presumption of innocence’ but this is the practice followed.

For prospective job seekers (especially in government or public sector), it is advisable to try and steer clear of any skirmishes with law.

For policing, if better records are maintained at the PS level, the district and State level of all the crimes committed or reported, this mechanism of pre-employment police verification of antecedents can become an extremely important tool for ushering in a habit of law-abiding behaviour in society. Since deviant behavior can be detrimental to job prospects, therefore, indirectly, law-abiding behavior becomes a virtue and the deviance or skirmishes a detriment.

Some police forces in the country, where police record-keeping is better, have also started ‘online’ services for giving PVRs and have started charging fees from applicants.

PVRs are an area of immense potential in policing. In some states, the PVRs are only obtained from the local PS or sub-division or district where the person usually resides. With changing times – faster means of transport and communication and the era of internet based activities by extension also cyber-crimes), there is also a need for a ‘centralised clearance’ system at the State level and possibly a nation-wide clearance before PVRs are given.

Law in Motion: FIR- basic questions one needs to know

Law in Motion: Importance of FIR

Law in Motion: First Information Report – how it works

Law in Motion: Rights and Duties of citizens