A joint operation was launched by a team of Mantripukhri Battalion and Wangoi Police. 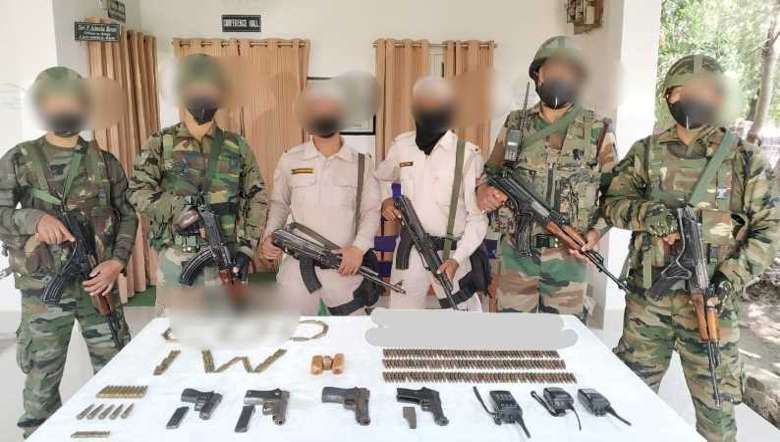 In a well-planned and executed joint operation, troops of Mantripukhri Battalion under the aegis of HQ IGAR (South) with Manipur Police seized a huge cache of arms, ammunition and other warlike stores from Samurou of Imphal West district on Sunday, stated a release issued by HQ IGAR (South).

Based on a specific input about movement of certain stores in Samurou, a joint operation was launched by a team of Mantripukhri Battalion alongwith Wangoi Police, stated a release.

It stated that during the operation, the joint teams established a Mobile vehicle check post in Samurou and recovered arms and other warlike stores. The haul included four pistols, PEK plastic explosives, rounds of various rifles and three radio sets, it stated.

The recovered arms and warlike stores were handed over to Wangoi Police Station for further legal action, it added.

Five beds will be reserved for frontline workers: Raj …