E-autos and rickshaws were distributed to 65 beneficiaries, including nine women at Kangla on Wednesday. 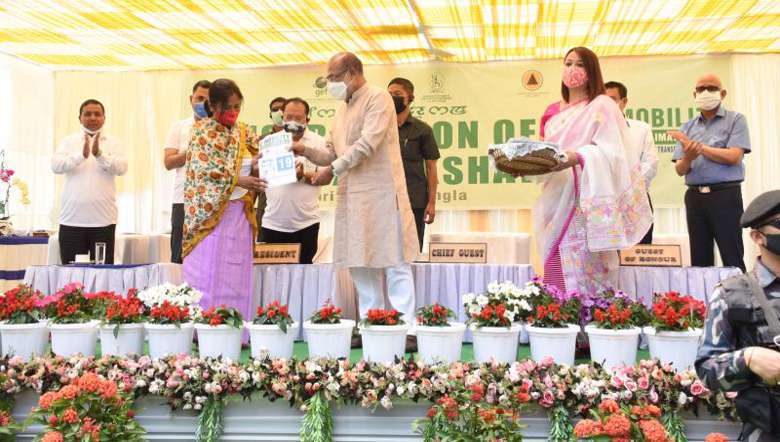 Manipur Chief Minister N Biren Singh stressed on the need to replace all the diesel autos operating in the state with e-autos by providing grants and loans from the government by 2022 so that the air and noise pollution level could be reduced to a certain level.

The chief minister was speaking at the ceremony for distribution of e-autos and rickshaws to 65 beneficiaries, including nine women at Kangla. It was organised by the state Directorate of Environment and Climate Change to promote e-mobility in Manipur.

Showing concern over the water scarcity faced due to large-scale deforestation, CM Biren appealed to the people to be responsible and contribute more in preserving nature and forests.

On finding out that nine women were among the beneficiaries of e-autos, Biren said the women have shown such courage to take up the occupation and at the same time felt sad about the circumstances that compelled them to take up such an occupation.

The process of starting coaching class by May or June of this year is going to provide adequate grooming to deserving aspirants, he said, adding the youths who want to take coaching no longer need to spend huge amounts of money or go outside the state for coaching.

CM Biren mentioned that the state had many talented youths with certain innovative ideas and the government through its Manipur Start up Scheme, had also extended assistance and encouragement to hardworking young entrepreneurs. Under the scheme, interviews for selection of innovative entrepreneurs for providing loans are in process and will be over within a month, he said. A provision for providing such loans had been put in the budget, he added.

Speaking on the increase of COVID-19 positive cases at an alarming rate in other states, he said that the government had taken up certain measures to contain the spread of the pandemic giving utmost priority to saving peoples’ lives. He expressed gratefulness for the support and cooperation shown by the people to the government in taking up such measures. He also added the government is committed to bringing overall development to the state so that the future generation could live a better and peaceful life.

The chief minister said that Loktak Lake’s phumdis could manufacture ethanol and if it can be proven scientifically, then the manufacturing of ethanol may increase the state revenue, he added.

Biren, showing concern on the demand of JNIMS’s doctors and staff to implement 7th Revision of Pay, questioned how the 7th pay will be given when the state does not have the resources. He said he is not attending the World Health Day programme at JNIMS, as he would be attending a meeting to discuss 7th pay demand of JNIMS.

An amount of Rs 1,40,000 each is provided to the beneficiaries as grant by the government for the purchase of the e-auto/rickshaws and the remaining amount is provided through loans by Manipur State Co-operative Bank.

The steps to provide such benefits are taken up under Manipur State Action Plan on Climate Change (SAPCC), with an objective to address the existing as well as future challenges of climate change and taking action to reduce the associated risks and vulnerabilities.