Rise in Fuel Prices: Can the state violate the law?

The state government needs to revisit the revision of the VAT expeditiously so that the procedures laid down in the law is strictly followed. 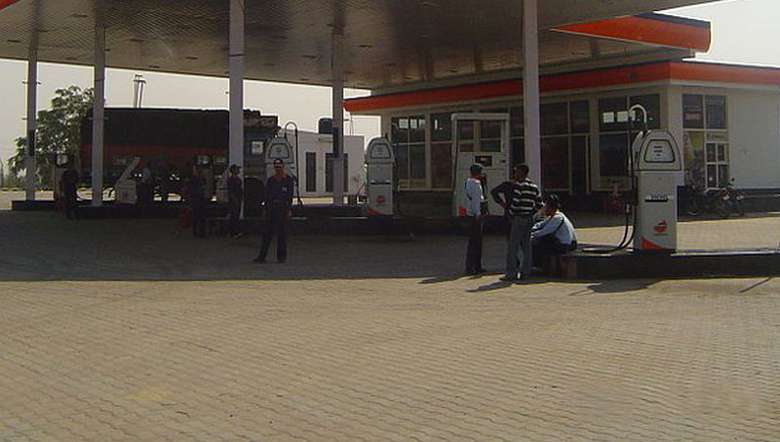 About a decade ago, crude oil prices constituted two-thirds of the retail petrol price. But now it constitute only about one-third, the rest being collected as taxes by the Central and state governments. The price of petrol consists of four constituents; oil price, Central taxes, Dealer commission and State VAT. When the retail price of petrol is Rs. 90.61 in Manipur, the value of the oil or base price is Rs. 29.71, the Central Excise Duty at Rs 32.98, the dealer commission is Rs. 3.69 and the balance of Rs. 24.23 is State VAT. Manipur at 36.5% VAT has one of the highest rates in the country while Goa with 0.1% the lowest.

There is no doubt that the crude oil prices has been slowly increasing recently but it is yet to touch the mark prevailing after the conflagration in Yemen expanded, but the retail price now had already exceeded the prevailing price then. Due to the rise in crude oil in 2018, the Central Government had cut the Central Excise duty for some time and the states were also asked to reduce the VAT which most of the states also did. Manipur also reduced the rates by an order dated October 04, 2018, where the VAT on petrol was reduced from 25% to 21.2% and for diesel from 14.5% to 10.6%. After the international crude oil price stabilised the tax rates were restored and Manipur also followed suit by restoring the earlier VAT rates by an order dated October 22, 2019.

On a reply given to a starred question before the House, the Finance Minister stated that since 2017 there had been three revisions on the VAT of petrol and diesel; one on October 04, 2018 reducing the rates, one on October 22, 2019 restoring the earlier rates and the last one on May 06, 2020 increasing the rate from 25% to 36.5% in respect of petrol and from 14.5% to 22.5% in respect of diesel. After this revision, Manipur has one of the highest VAT rates on oil products in the country. The increase was justified by the fact that as both GST and VAT collection declined due to COVID-19 pandemic. Responding to a series of supplementary questions, the Minister Finance informed that the matter will be looked into.

Utter disregard of the law

The most dangerous part in the whole exercise of lowering and increasing the VAT rates in Manipur is the utter disregard of the law, indicating the feudal nature of the Government in its governance. Under Section 12 of the Manipur Value Added Tax Act, 2004 the rate of tax shall be levied at such rate not below the floor rate as specified in Schedule-I subject to such conditions as may be imposed by the Government from time to time subject to a ceiling of 50%, or in other words, the rate of tax is laid down in Schedule-I of the Act.

Under Section 22 of the Act, the Government, after giving by notification of not less than 14 days notice of the intention to do so, may by like notification, add to, amend or alter any Schedule appended to the Act. That is the Government has the power to modify the rates subject to the condition that the intent of any change in the rates should first be notified by giving 14 days notice and that the change should not be more than 50% of the prevailing rate and after consideration of the claims and objections, if any, to the revision.

For the orders dated October 04, 2018 and May 06, 2020 reducing and increasing the rates, no such 14 days public notice have been given on the intent of the Government to alter the rates thereby violating the law. For the order dated October 22, 2019 restoring the rates proper procedures have been followed by giving 14 days public notice. As the order dated May 06, 2020 is still in force, it is amenable to Court’s adjudication.

Can the government violate the provisions of law?

The question that arises is whether the government can violate the provisions of the law, however urgent it may be. And whether the State Cabinet which took the decision was properly briefed on the provisions of the law?  This can be easily determined by just going through the file and see whether in the Memorandum for the Cabinet full disclosure of the provisions of the law was incorporated? If not whether it was due to mischief by the lower rung officers or by the high officials can be seen from the drafts and notings. If the Cabinet was misled, penalty must be imposed on the culprits so that such incidents do not recur in future. If the cabinet was properly briefed and it had taken the decision, it need be remembered that the belief that State Cabinet can overrule the provisions of law is a mistaken notion and in this country law is supreme.

The urgency which overrode the issue of 14 days public notice can’t be fathomed in the revision of rates on May 06, 2020 as Manipur is still under lockdown and petrol and diesel were rationed and the benefit in term of collection would be marginal if 14 days notice was issued.

As Manipur is a landlocked state and any increase in the prices of petrol and diesel is highly inflationary. Only seeing the tax collection without looking into the overall economy of the state, is to say the least myopic. In fact in 2018, the reduction in both the Central and the States taxes was to overcome the inflationary impact of the rise in the international prices of crude oil. Why can’t both the State and the Centre think about reducing the taxes at this juncture when the international crude price is slowly inching up? The Centre had reportedly been looking into to reduce the tax burden by Rs. 5 per litre. States like Assam had reduced the VAT by Rs. 5 probably as it is election year there.  The increase in petrol from 25% to 36.5% and for diesel from 14.5% to 22.5% is too steep an increase though legally it is permissible as the increase is still below 50% of the original rates. And Manipur need an urgent relook to reduce the VAT burden on these two commodities, as its impact is on all commodities.

The impact for the high fuel price can be seen by the fact that the transporters refuse to bring down the fare to the original charge after the SoP for allowing 80% capacity from the earlier 50% capacity as the fuel prices have shot up. In fact, consequently most of the items available in the market have an arbitral high price; leading to severe reduction in the disposable income of majorities of the families. Thus only the essential commodities are procured thereby leading to slow growth in the economy.

After the pandemic, for the economy to kick-start, the main emphasis should not be the collection of taxes alone but on ways to improve the overall economy. Unfortunately, there is limited skill in the higher echelon that can see the overall picture and reliance only on tax collection will kill the economy. In fact despite factors here and there 2020 is good for agriculture and even though its contribution on the GSDP is below 20% at least it provided succour to the poor majority. If 2020 was a bad agriculture year, the situation would have been much grimmer despite providing more man-day work under MNREGA. But the moot question is can the State violate the law by circumventing the procedure laid down therein despite the fact that its objective is claimed to be beneficial. If the State violates the laws of the land, can it have the moral power to enforce the laws of the land? The State needs to revisit the revision of the VAT expeditiously so that the procedures laid down in the law is strictly followed.

Protest against hike in prices of petrol, diesel, cooking gas in Manipur