All concerned agencies of the Centre and the state are continuing with the rescue efforts and monitoring the situation, Union Home Minister Amit Shah said in a statement on Tuesday 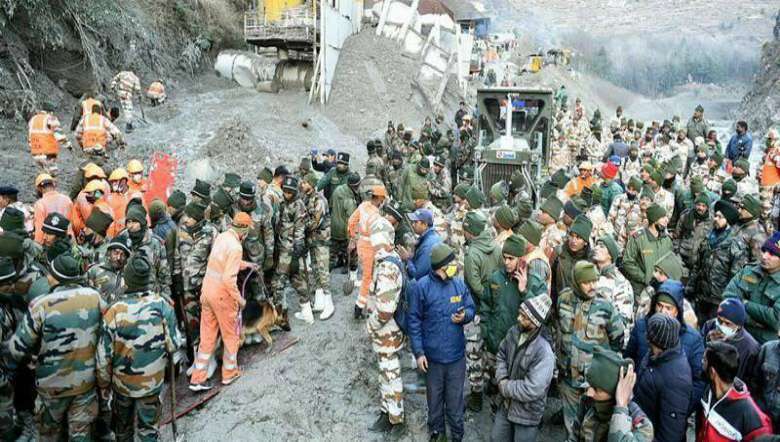 As many as 197 people are missing and the death toll in the Uttarakhand glacier burst that caused an avalanche and flash floods in Chamoli district rose to 31 as the rescuers recovered five more bodies from the affected areas on Tuesday.

All concerned agencies of the Centre and the state are continuing with the rescue efforts and monitoring the situation, Union Home Minister Amit Shah said in a statement on Tuesday, according to reports.

The Nanda Devi Glacier burst on Sunday morning. It caused a massive avalanche and flash floods in Dhauli Ganga, Rishi Ganga and Alaknanda rivers, in Chamoli district of Uttarakhand.

While several people have been rescued, evacuated and 31 bodies found, over 190 people are still feared trapped inside the tunnels of the project.

A joint team of the Army, ITBP, SDRF and NDRF is continuing with the relief and rescue operations to recover people trapped in the Tapovan tunnel and missing in the disaster.

Meanwhile, Uttarakhand Chief Minister Trivendra Singh Rawat has been undertaking on-the-spot assessment of relief and rescue operations, according to reports.

According to a report in Times of India, villagers of Raini village expressed concern that Sunday’s flash floods may be the result of heat being produced by a radioactive device and not a glacier burst. The device was lost in 1965 during a secret expedition to Nanda Devi by the CIA and IB to plant a nuclear-powered surveillance equipment, it said.