A glacier burst caused massive avalanche and floods in Chamoli district of Uttarakhand on Sunday. 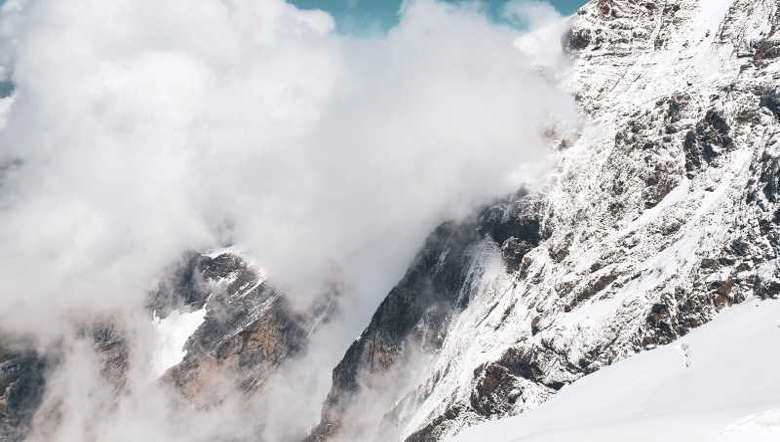 As many as 10 people died and 143 others were missing in the massive avalanche that hit Chamoli district in Uttarakhand on Sunday, official sources said.

The team of Indian Air Force left for rescue and relief operation in affected areas early Monday a day after a glacier burst in Nanda Devi range caused a massive avalanche and floods in Dhauli Ganga, Rishi Ganga and Alaknanda rivers.

According to reports, Uttarakahnd DGP Ashok Kumar said 143 people are still missing. As many as 30-35 people are trapped in a 250-metre long tunnel at Tapovan, he said.

According to an update in the Indian Express, 19 bodies have been recovered till morning and a multi-agency rescue operation, including the Indo-Tibetan Border Police and the National Disaster Response Force, is underway to rescue people still trapped in the tunnels.

A report in The Hindu quoted one of the rescued workers, Rakesh Bhatt, as saying they were working in the tunnel when the water rushed in.

"We thought it might be rain and that the water will recede. But when we saw mud and debris enter with great speed, we realised something big had happened,” he said, adding that one of the workers was able to contact officials via his mobile phone. After waiting for nearly six hours, he was the first to be rescued, he added.

Uttarakhand Chief Minister Trivendra Singh Rawat on Sunday announced Rs 4 lakh financial assistance each for the families of those killed in the avalanche.

Meanwhile, while the rescue operation is making efforts to clear the debris in the tunnels and release trapped victims, several villagers living around the avalanche-hit areas in Chamoli have been evacuated, sources said.