IFP Editorial: The Tamenglong assembly constituency does not have a MLA now, ever since the then BJP MLA Samuel Jendai was disqualified recently and by-elections are not in the horizon. 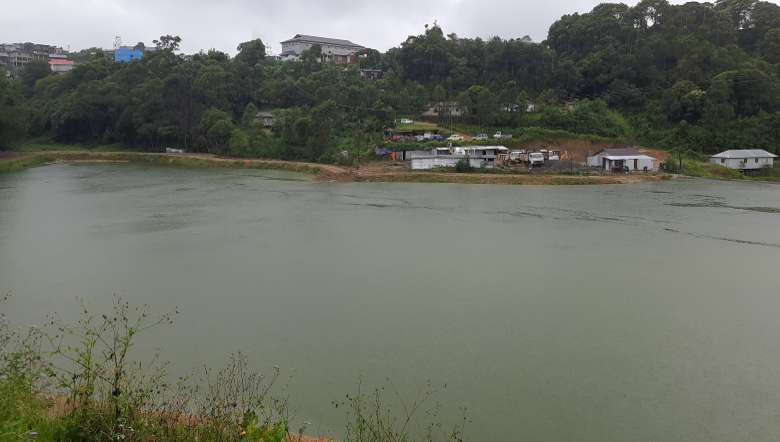 Perhaps, this must be N Biren Singh’s fourth visit to Tamenglong District HQs after becoming the state chief minister, not counting the tours on the Imphal-Jiribam National Highway to check on the condition of the highway and the progress of the new RCC bridges coming up on Barak, Makru and Irang rivers. The bridges over Barak and Makru are nearing completion, while the one on Irang River is still in the works. The path to improvement of National Highway 37 from bailey bridges to RCC bridges is the singular achievement of the N Biren Singh-led coalition government. In fact, it was his long cherished dream since his days as an editor of a local vernacular daily when he championed the cause of the Jiribam route due to frequent disturbances on Imphal-Dimapur highway. In his first visit in 2017 after becoming chief minister he laid the foundation stones for a Water Supply Scheme, 5000 MT FCI warehouse, Transit Accommodation for Doctors and Teachers and Rani Gaidinliu Women’s Market. Regarding developmental projects in Tamenglong district, the chief minister had mentioned that projects like widening of Khongsang-Tamenglong road, construction of FCI godown and water supply scheme at Duithanlong are going on in full swing. The chief minister also assured to revamp the inter-village roads located around Tamenglong district headquarters soon.

In his second visit to the district headquarters in October 2018, the chief minister inaugurated the Rani Gaidinliu Women market and also held a Cabinet meeting then. In December 2019, N Biren Singh in his third visit opened the 16th State Level Orange Festival cum Centenary Celebration of Tamenglong District Administration and promised that Tamenglong Orange would soon receive Geographical Indication (GI) tagging certificate very soon. In his fourth visit, the Chief Minister is inaugurating a Water Supply Scheme in Tamenglong HQs to cater to the safe drinking water needs of the district HQs, for which he laid the foundation stone in November 2017 and also a Cabinet meeting has been scheduled. Tamenglong drinking water project has two locations, including the lower portion of water treatment plant and impounding reservoir, and dam at Hangoipat in carpentry area which is planned to supply water to the lower area of Tamenglong. The second portion is at Joulen in Gadai Hills which includes a dam, impounding water reservoir, water treatment plant, and approach road which is planned to supply water to the main town areas.

The only hitch in the works is that the said Water Supply Scheme is yet to be fully completed and a women’s organisation is objecting to its inauguration before completion. Tamenglong district has had its share of inauguration of projects before completion and the public is wary of this. The Tamenglong district Mini Secretariat was inaugurated during the Congress regime by the then Union Finance Minister P Chidambaram and the district administration has not taken over the building because of non-completion. So is the case of the District Hospital. Reports on the ground say, the Water Supply project is yet to be completed. A statement issued by Tamenglong based women’s organisation says that construction works of the Water Supply Scheme are still in its initial stage especially at Gadai Range. Similarly, lower ground construction is nowhere near completion and there is an apprehension among the people that the same negligence of the state government may repeat again. So, is Chief Minister N Biren Singh going to inaugurate an incomplete project on Friday? The Tamenglong assembly constituency does not have a MLA now, ever since the then BJP MLA Samuel Jendai was disqualified recently and by-elections are not in the horizon. So, why is N Biren Singh in a hurry?

Women group urges against inauguration of incomplete projects in Tamenglong

State cabinet meeting to be held in Tamenglong