Covishield or Covaxin? Is there a choice?

IFP Editorial: No adverse effects following inoculation was reported in Manipur. Perhaps, it must be because the first batch of vaccine received by the state was Covishield of Oxford-AstraZeneca and not Coxavin. 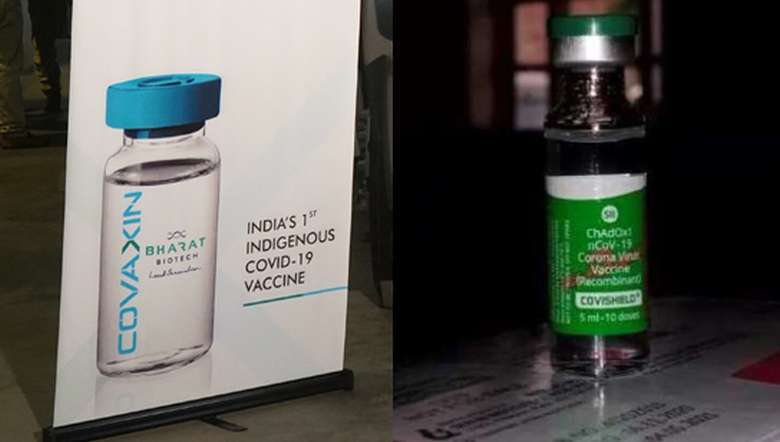 There have been concerns raised about the safety and efficacy of one of the vaccines being used- Bharat Biotech’s Covaxin. The drug was cleared for emergency use despite Phase III trials still pending. The government said it was cleared on the basis of Phase I and II trial data. On Saturday the Prime Minister urged people not to believe rumours about the vaccince’s efficacy. Question is, where is the guarantee of the Indian version of having no side effects or creating other complicacies. Some of our local doctors have protested to vaccination by Covaxin, while they prefer Covishied developed by Oxford University-AstraZeneca which have cleared the required protocols and clinical trials.

Barring in the Centrally-run hospitals like the All-India Institute of Medical Sciences, healthcare workers in Delhi were administered Covishield, which is developed by the Oxford University with pharma major AstraZeneca, and manufactured by the Serum Institute of India. The six Central hospitals have been given Bharat Biotech’s Covaxin, which is still in trial stage. The country’s  drug regulator, while giving clearance to the vaccine, said the vaccine’s use will be in the clinical trial mode, meaning all its recipients will be tracked and monitored as if they are in trial.

India, which has reported the highest number of coronavirus infections after the United States, plans to vaccinate around 300 million people with two doses in the first six to eight months of the year.

The recipients include 30 million doctors, nurses and other front-line workers, to be followed by people who are either over 50 or have illnesses that make them vulnerable to Covid-19.

Beneficiaries, however, will not be able to choose between the Oxford University-AstraZeneca Covishield vaccine, produced by the Serum Institute of India, and Covaxin, a government-backed, indigenous one from Bharat Biotech, whose efficacy is not known. Over 17,000 people were vaccinated across 553 sites in six states on Day 2 of India’s coronavirus vaccination drive, the Health Ministry said Sunday evening, adding that the number who had received at least one shot was around 2.24 lakh. The six states that conducted vaccinations on Sunday were Andhra Pradesh, Arunachal Pradesh, Karnataka, Kerala, Manipur and Tamil Nadu.

On Sunday the Health Ministry also said that protocols were in place to respond to AEFIs (adverse events following immunisation). The ministry said the majority of such events were usually mild in nature - some swelling at the injection site, slight nausea or brief allergic reactions to the jab. In Delhi, 4,319 healthcare workers vaccinated on the first day, among which 51 cases reported minor adverse effects one “slightly serious” case. The patient was admitted to the All-India Institute of Medical Sciences and is stable now. The WHO defines AEFI or Adverse Events following immunisation as any untoward medical occurrence which follows immunisation and does not necessarily have a causal relationship with the usage of the vaccine. The Union Health Ministry on Sunday said that 447 adverse events following immunisation were reported across the country since India’s coronavirus vaccination drive began on January 16. Luckily, no adverse effects following inoculation was reported in Manipur. Perhaps, it must be because the first batch of vaccine received by the state was Covishield of Oxford-AstraZeneca and not Coxavin. Must say, we are lucky. Prime Minister Narendra Modi has appealed to the people not to be swayed by rumours of the efficacy of the vaccine, while Chief Minister N Biren Singh has warned against negative comments in the social media about the vaccine and promised legal action. Yet, the Chief Minister has not specified which vaccine he is talking about, Covishield or Covaxin. Questions have already been raised in scientific circles and among the medical fraternity about the Indian vaccine Covaxin. The buzz in the social media about the efficacy of the Indian vaccine is a direct result of these doubts. Another interesting turn is the rollout of vaccines like a political gala.

Over 1,000 people vaccinated, no complaint of side effects: Manipur CM Biren

No side effects of COVID-19 vaccination in Meghalaya, says Health Minister A L Hek