Suffering water scarcity and reduced crop cultivation, farmers cite construction of dam, deforestation at catchment areas, and quarrying among others as the main cause for the drying up of the river. 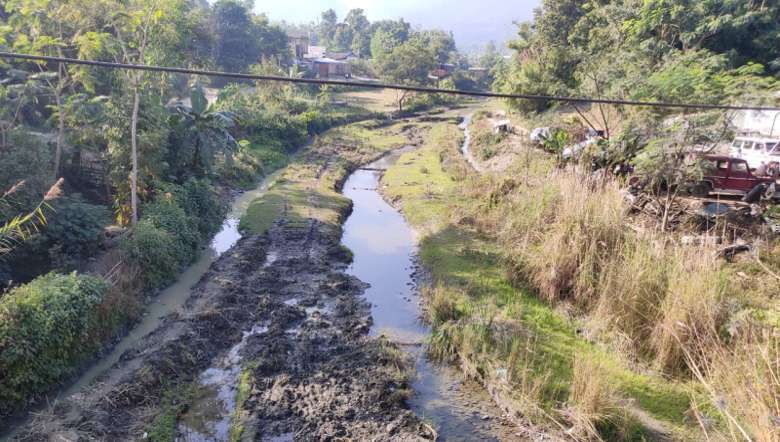 Thongjaorok, a small river flowing through Kwasiphai and Khoijuman villages in Bishnupur district of Manipur, is drying up. The river was once a perennial source of water for the people living around the area. But today, the drying of the river is having a devastating effect on the villagers and farmers living in the region. The farmers can no more use the dying river for irrigation of their vegetables and paddy fields and for other purposes.

Suffering water scarcity and reduced crop cultivation, farmers cite construction of dam, deforestation at catchment areas, and quarrying among others as the main cause for the drying up of the river.

The course of the river is also said to change frequently, causing flood situation in the area during the rainy season. The two villages which mainly depend on agriculture for their source of income are often faced with drought or flood situation. Farmers in the region are suffering due to extreme conditions.

One Sanjembam Chaoba, who is in his 90s from Khoijuman, told this Imphal Free Press reporter during a visit to the area that he witnessed the change in the course of the river since the past many years. He said that Thongjaorok river originated from the hillock that lies at Oinam Nambol Maning which is around 10-15 km from Khoijuman. The river starts at the confluence of Chingningkhol Log (Log means stream), Loumeirok Log, Heibi Log, Khujai Log and Toubung Log and it falls at Loktak Pat. 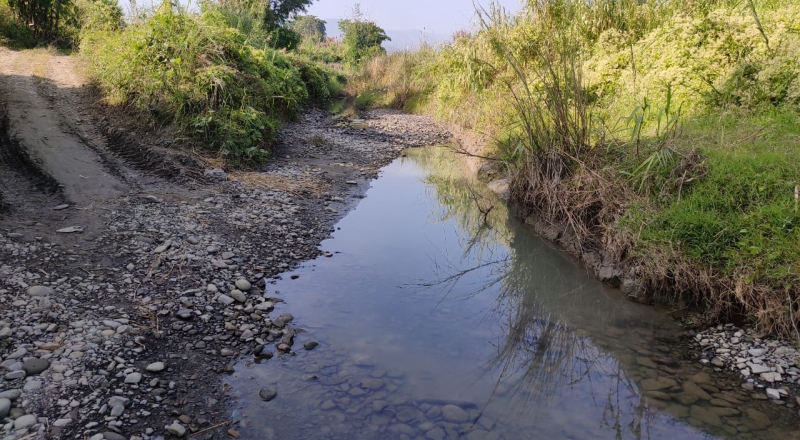 The river used to flow through many villages of Bishnupur districts such as Toubul, Ngaikhong and Saram, Sanjenbam said.

“The course of the river changes frequently, water volume was usually high and flowed throughout the year. This has resulted to breach the river bank and flooded the town within a short time mainly during the rainy season. But over the years, the river has been flowing between Kwasiphai and Khoijuman and falls at Ngakra Pat (pat means wetland) instead of Loktak Lake (distance getting shorter),” he added.

Another local from Khoijuman, 74-year-old Angom Kesho told the Imphal Free Press that the course of Thongjaorok river changes most of the time and cause flood frequently. However, such a change makes the land of Khoijuman and Kwasiphai fertile.

As most of the river beds started to dry up, an artificial river course was made for the water to flow through Kwasiphai and Khoijuman and fall into Ngakra Pat. The initiative was taken during the 1970s when the Loktak project was started, he recalled.

However, due to high siltation and with a decrease in the flow of the river water, almost 70 per cent of the Ngakra Pat has gradually turned into agricultural land. Such change occurred in the past 30-40 years, Kesho said.

Stating various factors that led to the gradual dying of the river, one of the farmers, 45-year-old Debendra Soibam, said that construction of Yelangchingjin dam near Chingning Khun of Bishnupur district water was diverted to some places like Nachou, Chothe, Keinou and Yumnam Khunou.

The water volume of Thongjaorok river was usually high and sometimes it caused large damage to farming activities. As a measure to maintain the water volume, the dam was constructed. But in due course of time, the flow of the river from its origin reduced which has resulted in the river drying up gradually. Even during the rainy season, the river water level remained low, he added.

Increased consumption and excessive quarrying are also some of the contributing factors to the decline in the river water level. 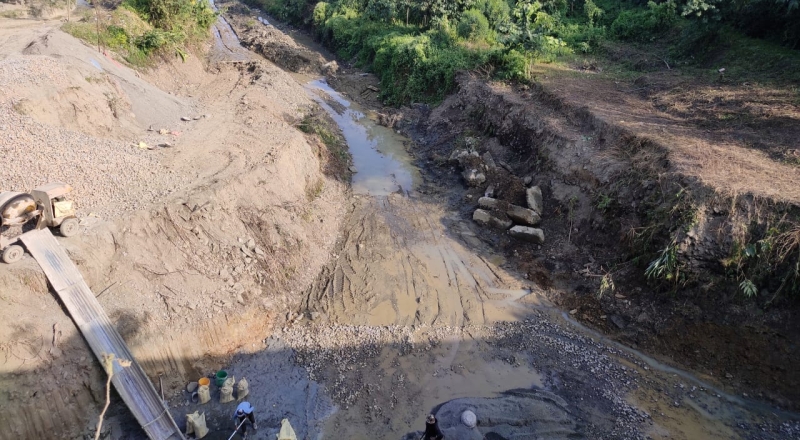 Farmers Association for Inhesion Reformation, Khoijuman, president Chongtham Khogendra said that drying up of the river, which is a lifeline for the villagers, poses a serious problem to people of Khoijuman and Kwasiphai.  He further said agriculture is the primary source of livelihood for Khoijuman and Kwaksiphai in Bishnupur district. More than 70 per cent vegetable crops of the state are produced from these places. Hence, these places are known as the “vegetable belt” of Manipur Valley.

Khogendra told the Imphal Free Press that the villages are green throughout the year as the farmers practice triple cropping, producing all varieties of seasonal vegetable crops. But owing to the lack of proper irrigation facilities, the vegetable production level is decreasing gradually, he said.

The farmers usually depend on monsoon for irrigation of the agricultural land as even during the rainy season the river does not have adequate water flowing. Moreover, the Imphal Main Canal which is another source of irrigation for these villages does not function effectively most of the time, he added.