Government schemes and initiatives for the farming community in rural India are yet to reach the real beneficiaries in Manipur. 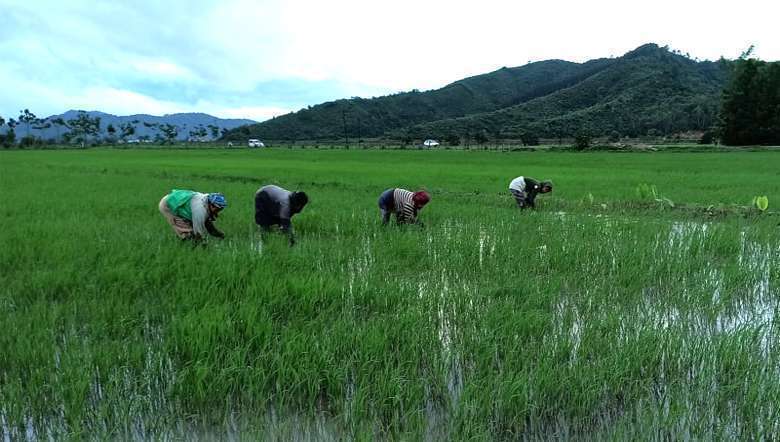 Agriculture remains the primary source of income for the majority of the population in Manipur despite the unconducive changing climatic condition that has caused severe hardship to the farming community in the state. Considering the changing environmental condition coupled with the critical COVID-19 pandemic that has impacted every areas of life and the economy in the world, the moot question now is will the farmers in Manipur get to reap the government target of doubling of farmers' income by 2022.

The Government of India, with the aim to achieve its target of doubling farmers' income (DFI) by 2022, has rolled out various initiatives. Some of the major steps taken by the government include encouraging contract farming through the state government by promulgating Model Contract Farming Act, e-NAM to provide farmers an electronic online trading platform, distribution of soil health card, increase water efficiency through Pradhan Mantri Krishi Sinchayee Yojana, better insurance coverage to crop for risk mitigation under Pradhan Mantri Fasal Bima Yojana and Kishan Credit Card to all farmers in the country.

However, such initiatives for the farming community in rural India are yet to reach the real beneficiaries in Manipur. Farmers in the state have been carrying out cultivation of paddy and other crops in the hills and the valley both without much dependence on the support from the government. In the absence of effective implementation of the several government schemes or the schemes not reaching the actual beneficiaries coupled with lack of awareness among the farmers, will the country achieve its target of bolstering the farmers' income growth?

In an interaction with this Imphal Free Press reporter, one of the farmers from Nongada Makha Leikai in Imphal East, Yumnam Bimolchandra Singh, said challenges faced by the farming community can be faced with ease if the concerned authority take up climate resilient and farmers-oriented agricultural policies and programmes to benefit the actual farmers.

"For almost 30 years I have been into farming activities. Many changes are witnessed during this period in the environment and the climate of the state. We rely on monsoon for irrigation in the past but these days rainfall patterns have changed and are unpredictable. This is one of the major threats to present day farmers," said Bimolchandra, who is also the chairman of the board of Chingarel Organic Producer Company Ltd under the Manipur Organic Mission Agency.

A farmer from Khoijuman of Bishnupur district, Chongtham Khogendro, also said that lack of irrigation facility is one of the major problems in their area. They face water shortage during the dry season as the Thongjaorok Turel (river in Khoijuman area) has become non-perennial.

Absence of seeds-godown in Manipur

Despite agriculture being the mainstay of Manipur, there is no seed godown in the state till date. Distribution of seeds in a timely manner is one such step to get high yield, Bimolchandra said, adding that farmers usually do not receive seeds in time from concerned departments. Hence, farmers buy seeds from the market, he said.

Also pointing out that planting hybrid variety seed may be prone to pest infestation, he said there is a dire need for preservation of indigenous seeds of the state as such seeds are resistant to pest and climate change impact.

The increasing risk factor of crop damage was also pointed out by Khogendro.

Are the farmers in the state availing the government schemes?

When asked whether farmers in the state are availing the government schemes, Bimolchandra said farmers have no time to run after benefit and 90 per cent of the farmers do not avail the various schemes launched by the government.

"Farmers are the busiest people. They don't have time to run from post to pillar to get such benefits. It is high time the concerned department carry out field work instead of just focusing on table work."

Khogendro, president of the Farmer Association Inhesion Reformation, said that most of the people in Khoijuman engage in agricultural activities. Hence, this place is also known as the vegetable belt of Imphal valley. The farmers usually grow three to four different types of crops in a year. But more than 90 per cent of the farmers carry out farming without getting any help from the concerned government department, he added.

"Without getting any support from the government, we are doing our best. If we can get some help from the government, it can bring milestone changes in the agricultural sector of the state," suggested Khogendro, who is also the secretary of Khoijuman Mamang Farmers Organisation.

While appealing to authorities concerned to consider the difficulties faced by farmers, he said that there is a need to conduct awareness programmes for farmers from time to time to generate new ideas of farming. Such strategies could help to improve productivity, he added.

Ibohal further said that till 2008, gall midge was one of the pests that attacked paddy cultivation. But it is no longer seen today and it is dominated by Brown Plant Hooper and White Backed Plant Hooper. Grasshoppers and hairy caterpillars are rarely found in the field today. These instances prove changes in the environment taking place.

In 1955, there were only two types of pests that attacked paddy fields, according to studies and official reports. The number of pests increased to around seven in 1965. The number climbed to 18 in 1975. But in 2020, over 150 insects were identified that infested the rice field, he added.

Ibohal said in order to ensure self-reliant food production in such a critical period of climate change, integrated pest management and climate resilient agricultural practices can be taken up.

It may be noted that the International Fund for Agricultural Development (IFAD) had stated in its report that climate change would push 100 million people into poverty by 2030. Around half of this would be due to climate change impact on agriculture.

As climate change has today impacted the farming sector in Manipur, there is an urgent need to take up feasible policies and programmes that would reach the actual beneficiaries to save the major means of livelihood of the people and the economy of the state amid the changing and challenging times. The government and the farming sector also need to relook at the seven sources of income growth as mentioned by the Inter-Ministerial Committee on DFI set up in 2019 - improvement in crop productivity; improvement in livestock productivity; resource use efficiency or savings in the cost of production; increase in the cropping intensity; diversification towards high value crops; improvement in real prices received by farmers; and shift from farm to non-farm occupations.