In a release, Roben Khuman, deputy secretary Publicity, Revolutionary People’s Front (RPF) stated that PLA knows that in a battle there are collateral damages but that it is a principle of a Revolutionary fighter PLA to always try to avoid harming innocent people especially women and children. 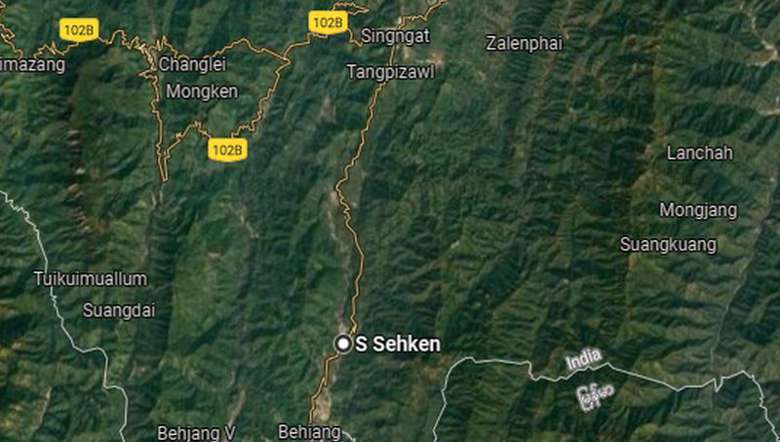 The Revolutionary People's Front (RPF) on Thursday clarified that it did not intend to hurt the mother and child during its recent ambush on the Assam Rifles at Behiang in Churachandpur district.

In a  release, Roben Khuman, deputy secretary Publicity, Revolutionary People’s Front (RPF) stated that PLA knows that in a battle there are collateral damages but that it is a principle of a Revolutionary fighter, PLA to always try to avoid harming innocent people, especially women and children. Unlike the Indian Army, in many prior occasions, PLA aborted their plans of attacking Indian Occupation Forces simply because of the presence of women and children, Roben said citing examples at Komkeirak, Keisamthong and many more.

Indian Army and Manipur police have full knowledge about those examples, the PLA said quoting Sanjiv Krishan Sood, a retired Additional Director General of Border Security Force as saying, “… the militants (of Manipur) never attacked convoys at those times in order to avoid collateral damage”.

The PLA also said that the death of the mother and child in the ambush was unfortunate and prayed “May Their Souls Rest in Peace”.

"We had no prior knowledge of their presence in that convoy. If we knew, there might be a different scenario," the PLA said.

Roben further stated that by taking the incident as an example, Indian leaders and media heroes are trying to label PLA as a terrorist and monster. It is indeed India’s general character to howl and blame others to hide their mistakes and incompetence, Roben said, adding that instead of labelling PLA as a terrorist or extremist or monster, it is better to study how and why a Commanding Officer of a Unit protected by India’s one of the finest Commando Ghatak Force was killed at a mere PLA ambush.

Besides, in 1997 at Geneva, RPF had declared to abide by the Common Article 3 of the Geneva Conventions of 1949, the PLA said and asked why India was not accepting the application of the same Common Article 3 yet.

"Is India Government longing for Draconian rules than Democracy, means, “Act of State Terrorism?" Then who is Terrorist or Extremist or Monster; India or RPF?," the organization questioned further.

Roben also stated that India’s think tanks and IOF (Indian Occupation Forces) propagating RPF and its Army PLA as a faction of UNLF is wrong. RPF is a new organisation formed by a few former member of RGM (Revolutionary Government of Manipur) and new recruits, he clarified.

The PLA further stated that leaders and members of RGM were arrested and had been detained for many years by the Government of India in Tripura. Being defeated by sugar-coated bullets of the enemy, they took General Amnesty, enjoying the illusion of the rehabilitation program of the then reactionary government in early 1970s, the PLA said, adding that subsequently they had forgotten the value of revolution and turned out to be pseudo and counter revolutionary.

A few members of RGM reorganised the people with a new spirit of the Marxism-Leninism-Mao Zedong thought and led the revolution of the people by organizing a new army of the people, the People’s Liberation Army in 1978 and had dissolved the then RGM, it said.